Peaks and Pints Pilot Program: Chilly May Stouts On the Fly

After one of Western Washington’s coldest Aprils in decades, chilly times continue in May. According to the National Weather Service, the Emerald City had recorded 24 days of below-average temperatures in April, logging just three days that were warmer than normal. Analyzing data from previous years, the National Weather Service found the top 10 coolest Aprils were most often followed by below-average temperatures continuing in May, which is what is happening. Any winter jackets put away for the season have almost certainly are still hanging on hooks by front doors. Peaks & Pints suggests grabbing a dark, rich, and flavorful stout to warm you up and enjoying outside by a fire pit on a cold western Washington May night. Stop by our craft beer bar, bottle shop and restaurant and grab our to-go flight of stouts, Peaks and Pints Pilot Program: Chilly May Stouts On the Fly. 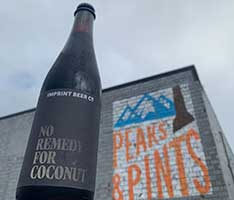 Peaks and Pints Pilot Program: Chilly May Stouts On the Fly

Imprint No Remedy For Coconut 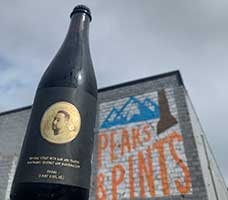 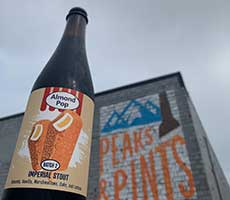 Equilibrium starts with their EQ base stout adding a massive number of slivered almonds, which were toasted in house at Equilibrium Bonfire. To round out the flavors, they then added marshmallows, Madagascar vanilla, cake mix, and lactose. Almond Pop pours a viscous pitch black with a tan head followed by toasted almond ice-cream pop and candy birthday cake flavor coating the tongue with the balance of nutty meets sweet, meets creamy, meets decadence. 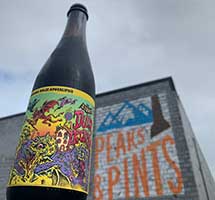 Imprint brewed a lovely chocolate-forward imperial stout, then conditioned it with Thai bananas for a super rich sipper with prominent banana notes. 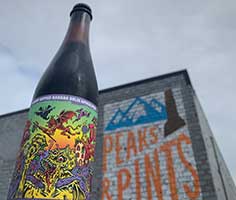 L’ équipe Pátisseree got their hands on part of Imprint’s Dulce Apocalipsis stout and added 50 pounds of peanut butter along with the Thai banana to create the Peanut Butter Banana Dulce Apocalipsis. While the peanut butter dominates the nose the banana consumes the flavor profile. Cocoa nibs add an accent of bitterness throughout. 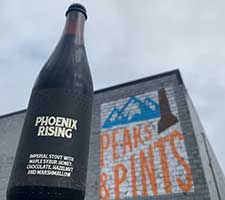 The city of Phoenix was given its name by its founders because it had sprung from the ruins of a former civilization that had vanished into history. As a result, the Phoenix bird became the official city symbol. The phoenix bird symbolizes immortality, resurrection, and life after death, and in ancient Greek and Egyptian mythology it is associated with the sun god. Imprint Beer Co., located in Hatfield, Pennsylvania, titled their pastry imperial stout Phoenix Rising, which they brewed with Upper Reach Meadery, also in Pennsylvania. They concocted this stout with a combination of British and American malts, then added maple syrup and honey to the secondary fermentation. Post fermentation they added chocolate, hazelnuts, and marshmallow.