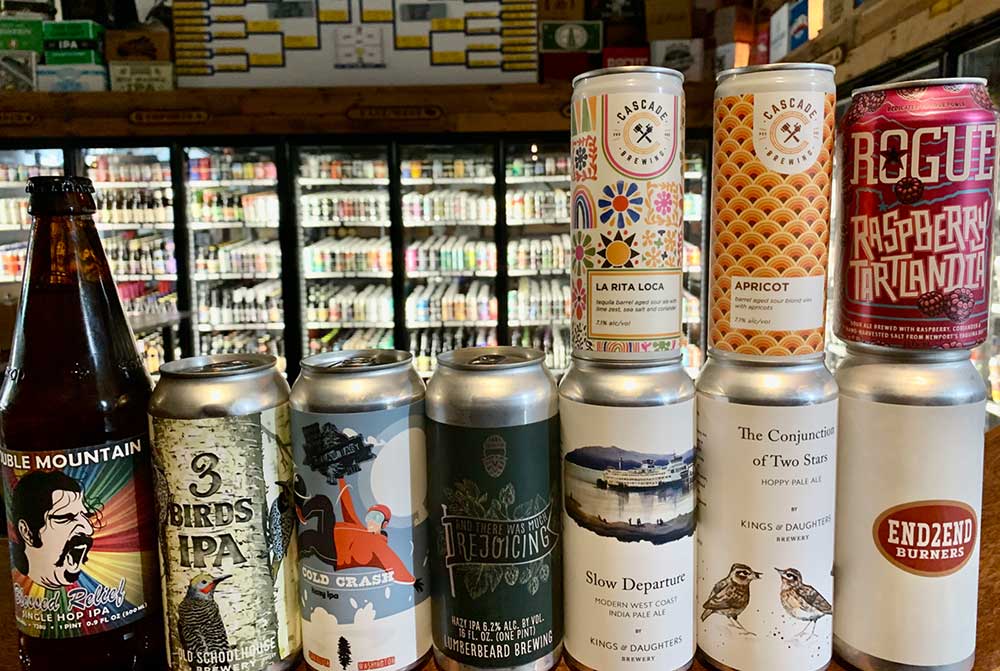 Cascade Brewing Apricot 2021: Blend of sour blond ales aged in oak wine barrels for up to 14 months, then naturally fermented with Northwest-grown apricots and aged on the fruit for an additional six months, 7.1%

Cascade La Rita Loca: Blend of sour blond and wheat ales aged in tequila barrels and foudres for up to a year with late infusions of lime zest, Oregon coast sea salt, and ground coriander, 7.1%

Kings & Daughters The Conjunction of Two Stars: Pale ale with a simplified the malt base to showcase the hops, 4.8%

Lumberbeard Brewing And There Was Much Rejoicing: Hazy IPA brewed with Citra, Azacca, and Talus hops for an aroma of citrus and cedar followed by a drinkable and fruity taste, 6.2%