Peaks and Pints Pilot Program: Bride of Fresh Hoptoberfest On The Fly

Peaks and Pints Pilot Program: Bride of Fresh Hoptoberfest On The Fly 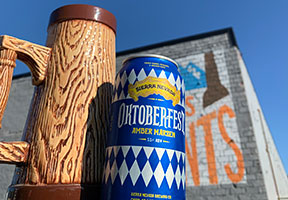 For the second year in a row, the pandemic prevented Sierra Nevada from traveling to Germany and brewing their annual Oktoberfest collaboration. Instead, the Chico, California brewery brewed their Oktoberfest 2021 in their state-of-the-art brewhouse with Black, Munich, Pilsner and special Roast malts, Hersbrucker and Tradition hops, and Lager yeast. Enjoy this rich Märzen lager featuring German malts for inviting aromas of honey and biscuity bread, flavors of caramel and graham cracker, and visions of sprawling beer tents. 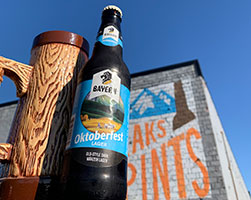 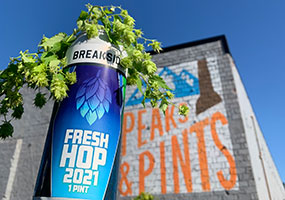 Breakside Brewery has received tons of un-dried “wet” hops from Goschie Farms in Silverton, Oregon, to create seven fresh hops beers this year. These fresh hops impart unique green, pungent aromas to the beer that can’t be had the rest of the year. In order to extract as much fresh flavor from each hop possible, the Portland brewery employs their signature “hop-shattering” method using liquid nitrogen to freeze the fresh hops and break them apart, thus exposing the coveted lupulin glands that are packed full of hop flavor and aroma. Breakside recreated their stay Fresh IPA brewed with a double dose of fresh Centennial hops for notes of lemongrass, pineapple, baking spice, and green.