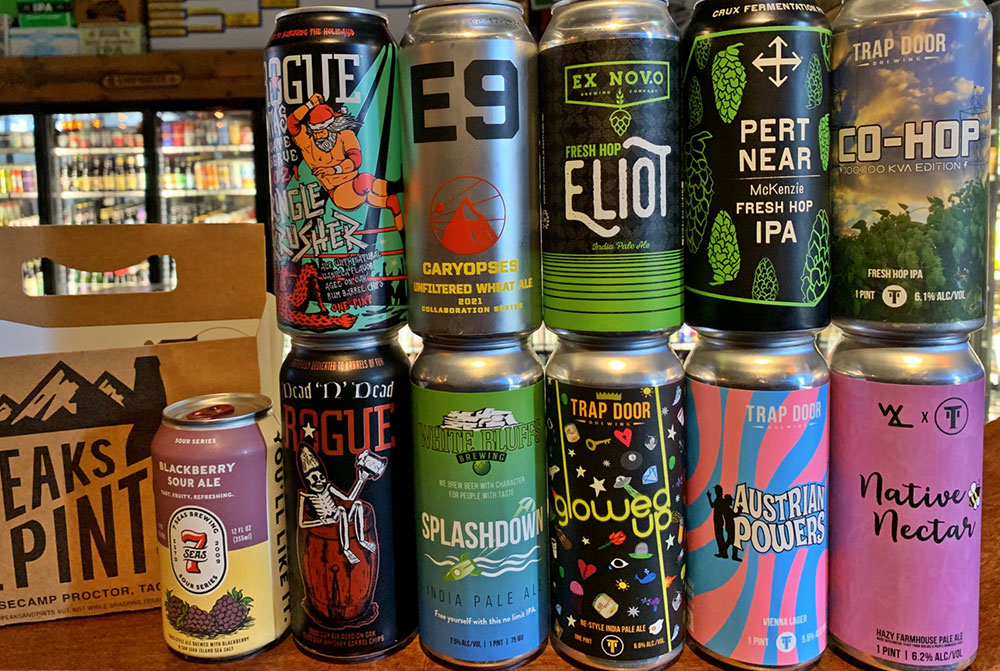 Trap Door Co-Hop Fresh Hop IPA – 100,00 KVA Edition: West Coast IPA brewed with more than 10 pounds per barrel of fresh Strata from Goschie Farms in the Willamette Valley for a kick of dank and cut grass, 7.1%