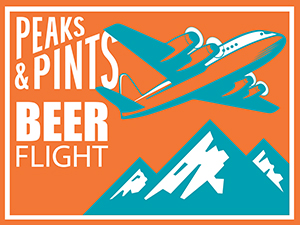 Stop by Peaks & Pints tonight to meet former iconic gypsy brewer Brain Strumke, founder of Stillwater Artisanal Ales, as we welcome him to his new home in Washington state. We’ll tap several of his beers that he brewed at his new home base at Talking Cedar Brewery & Distillery, which sits on tribal land in Ground Mound on the southern edge of Thurston County. Strumke, a former Baltimore, Maryland, record producer and DJ founded Stillwater Artisanal Ales in 2010 and helped kickstart the nomadic so-called gypsy brewery movement. Strumke went from homebrewer to traveling international beer celebrity with Stillwater beers splashed across magazines and clubs from Brooklyn, New York to Denmark. In 2018, art took Strumke to Seattle, where he met Matt Storm, owner of the world-class beer bar The Masonry, the man known for his intensely curated beer list and wood-fired pizza, and opened Fast Fashion Brewing. In 2020, the pandemic paused Strumke’s nomadic lifestyle and, allowing him to dive into Storm’s concept for a new brewery, Fast Fashion. Tonight, Peaks & Pints will tap a Fast Fashion beer, but the emphasis will be on Strumke’s Stillwater brand and his new Washington home. Stop by Peaks to chat him up while enjoy his talent, then take home his beer in a flight we’re calling Peaks and Pints Pilot Program: Brain Strumke Beer Flight. 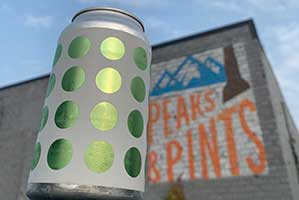 By using Sterling and Citra hops, with a dash of white sage, Strumke created a very intricate saison bursting with flavors. It pours a beautifully big head, and immediately fills the nostrils with scents of yeast, lemon peel, pepper, grains, and even spices. While the first sip will explode with citrus, the beer evens out with grassy and sage notes. Its light carbonation makes bubbles dance on the tongue, but it finishes with a nearly astringent feeling. 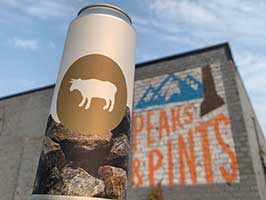 Collaboration with Freigeist Bierkultur in Germany and Meinklang Farm in East Austria, this Flanders red ale is made with raw emmer and einkorn from Meinklang combined with local barley and wheat, hopped with Hallertau Tradition and Saphir, soured with lactobacillus cultures, and then fermented with a rustic farmhouse yeast. It’s a floral farmhouse ale with banana, yeasty aromas followed by light tartness and sweetness. 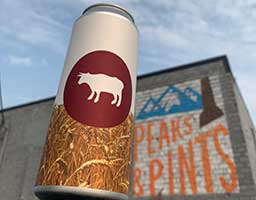 Another collaboration with Freigeist Bierkultur in Germany and Meinklang Farm in East Austria, this saison is made with spelt from Meinklang Farm combined with local barley and wheat, hopped with Hallertau tradition and Saphir, and then fermented with a rustic farmhouse ale yeast. It hits the nose with a yeasty, citrusy, and slightly farmhouse-like aroma followed by notes of banana, clove, and spice. 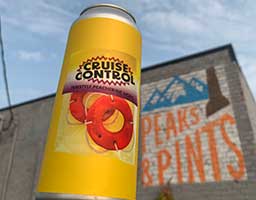 In 2018, Matt Storm, owner of The Masonry, and the man known for his intensely curated beer list and wood-fired pizza, hooked up with East Coast gypsy brewer Brian Strumke and his Stillwater Artisanal Ales to open the Seattle-based Fast Fashion brewery. The duo began brewing a series of small batch beers paired with a smart, fashionable Instagram account. Fast Fashion became its own fashion tribe of line-out-the-door beer culture. Their Cruise Control double dry hopped IPA is brewed with Freestyle Peacherine and Freestyle Nelson hops for a fluffy and bright beer with notes of stone fruit, peach ring, candied mango, and white wine. 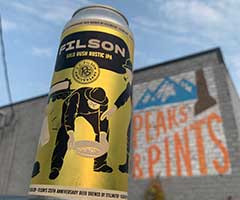 Paying homage to outdoor outfitter Filson’s Seattle roots and the history of the Pacific Northwest, this West Coast-Style IPA pulls inspiration from the Scandinavian influence during the turn of the 19th century with robust Nordic farmhouse yeast Kveik for unique citrus esters that perfectly compliment the fresh pine and grapefruit notes of the hops. 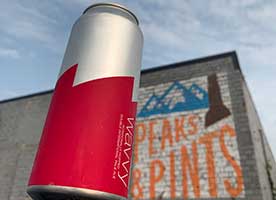 Strumke is now brewing his Stillwater beers from a permanent location — Talking Cedar Brewery & Distillery on tribal land in Ground Mound, Washington. One of the first beers out of Talking Cedar is his longtime pale ale, Wavvy, but with a twist. Wavvy Saw Tooth is a double international hazy pale ale hopped with Citra, Motueka, and New Zealand Cascade and packaged in a cool can.