Peaks and Pints Pilot Program: Block 15 On The Fly

Block 15 Brewing wasn’t the first brewery in Corvallis, that honor goes to Oregon Trail Brewery, which homebrewer Jerry Shadomy opened in 1987. Nick and Kristen Arzner were on Oregon Trail’s tail 21 years when they opened Block 15 in the 1926 Gazette-Times newspaper building, just blocks away from Oregon State University and its prestigious Fermentation Science program. The Arzners took full advantage of Willamette Valley’s agricultural abundance, which, of course, includes hops. Block 15 built a reputation for first-rate IPAs and other hop-forward ales, rock-solid renditions of classic recipes from around the world and a dazzling variety of Belgian-style brews, including cask-conditioned specialties featuring wild yeasts and exotic flavors. Today, Peaks and Pints presents a to-go flight of Block 15 craft beer that we call Peaks and Pints Pilot Program: Block 15 On The Fly.

Peaks and Pints Pilot Program: Block 15 On The Fly 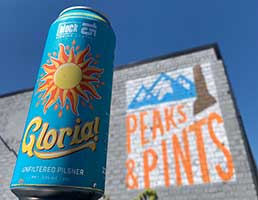 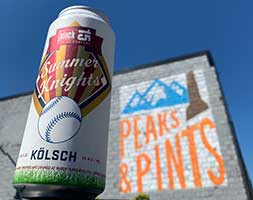 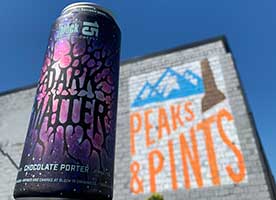 Block 15 Brewing’s Dark Matter is a dry porter, a style that technically doesn’t exist — at least according to Beer Judge Certification Program, although American Porter style is the closest as the flavor tends to have a dark malt dryness in the finish. The Corvallis brewery combines deep, roasty malt character with notes of cocoa and dark fruit from the addition of chocolate to the conditioning tank — a rich blend of flavors that is balanced by a dry finish and gentle malt acidity. 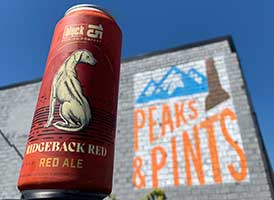 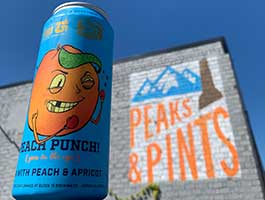 Block 15 Peach Punch (You in the Eye)

A collaboration with hazy masters Great Notion Brewing, Block 15 Peach Punch (You in the Eye) is a luscious fruit forward hazy IPA fermented with peaches and apricots. Designed and brewed at Block 15 (Great Notion brewed the same version at their Portland brewery), Peach Punch is dry-hopped with a 1-2 knockout punch of galaxy and mosaic hops that’s a little more apricot than peach. As the beer warms the fruitiness mellows out, and hops start to shine. 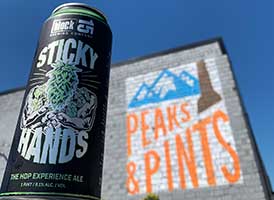