Peaks and Pints Pilot Program: Big Sky On The Fly

Peaks and Pints Pilot Program: Big Sky On The Fly 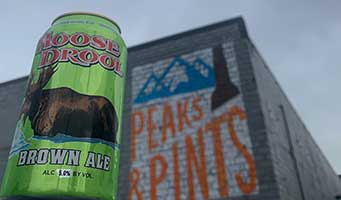 Sure, the name is slightly revolting, but once you get past that, you are in for a treat. Big Sky’s Moose Drool Brown Ale is brewed with pale, caramel, chocolate, and whole black malts balanced with Kent Goldings, Liberty and Willamette hops. Hints of robust toffee and honey swirls around the nose mostly from the malt with a hint of spice added by the hops. On the tongue, brown sugar and chocolate blend perfectly finishing with a clean bitterness and slightly dry, but not harsh. 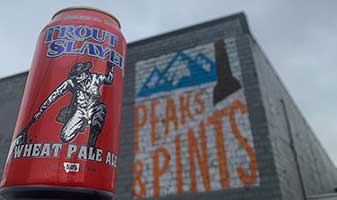 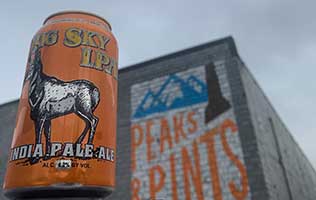 In Montana, many classic memories are made right after someone says, “Hold my beer and watch this.” These bold, assertive moments deserve a bold, assertive beer — Big Sky IPA. This IPA features Simcoe hops, which give it both a fruity, piney hop nose and a clean, piney, resinous, slightly oily, ringing bitterness. Although the hops dominate, they are not extreme. Expect a nice balance sweet malt and fresh citrus. 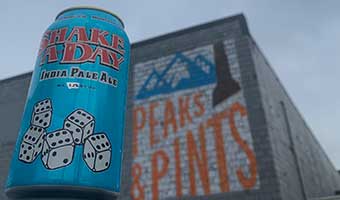 In Montana, there exists a pastime bar game called Shake-A-Day. Each day at the state’s watering hole, you get one opportunity to roll five of the kind to win the current pot. Big Sky named their aggressive IPA after said game, rolling the dice on melding Pacific Northwest and Australian hop varieties. The winning result offers bright aromas and resinous pine with subtle melon and bready malts on the palate.