Stand before the Peaks and Pints cooler, open the pores of your id, widen the space around your worldview and let what you think you know fall into the molten void of the Mystery as you reach for these six craft beers.

Hair of the Dog Brewery

ADAM FROM THE WOOD 2018 — This is Adam living several years in a tiny American oak house. First released in 2000, this 12-percent Adambier hits the nose with caramel, brown sugar, tons of raisin, light chocolate, little campfire roastiness and HUGE bourbon kick like kisses from your grandma on Mother’s day. On the tongue, expect dark fruits like an imperial quad, dates, plums, more little campfire roastiness, oak and bourbon. 12%

BLUE DOT CANS (!) — AN IPA named after planet Earth with organic Pilsner malt, rye malt and a combo of intense hops. Somewhat pungent in the nose with tons of herbal, floral, citrus grapefruit, raw honey and fresh mint the Blue Dot is a full-bodied, smooth and creamy IPA. Then the hops come to play with a raw leafy coarseness and big smack of grapefruit, ripe pineapple and some sticky resins on the palate followed by malt sweetness, a touch of honey, some spicy character unique capped with the addition of rye. 7%

BOURBON FRED FROM THE WOOD 2017 — This strong ale is all up in the nose with bourbon, plus IHOP, coconut, macaroon, vanilla, and sweet heat before the tongue receives a bourbon blanket with a vanilla and sweet oak chip pillow. 12%

CHERRY ADAM FROM THE WOOD 2019 — Have this old ale sit in the chair and the Sorting Hat will place it in the Cherry Bourbon House with all the other dark fruit, oak, and vanilla smells. The taste has a ton going on, vanilla, oak, deep malts, pitted fruits, figs, and bourbon-coated cherries. 13.5%

GREEN DOT CANS(!) — A frigging dense and chewy triple IPA with citrus sweetness followed by insane piney bitterness. Yes, 9.5% might be considered low for a triple, but this still hides it well with only a touch of warmth. It’s ridiculously smooth and easy to drink, and although its sweetness and bitterness are extreme, it somehow feels quite well balanced. Except for that lingering sap. 9.5% 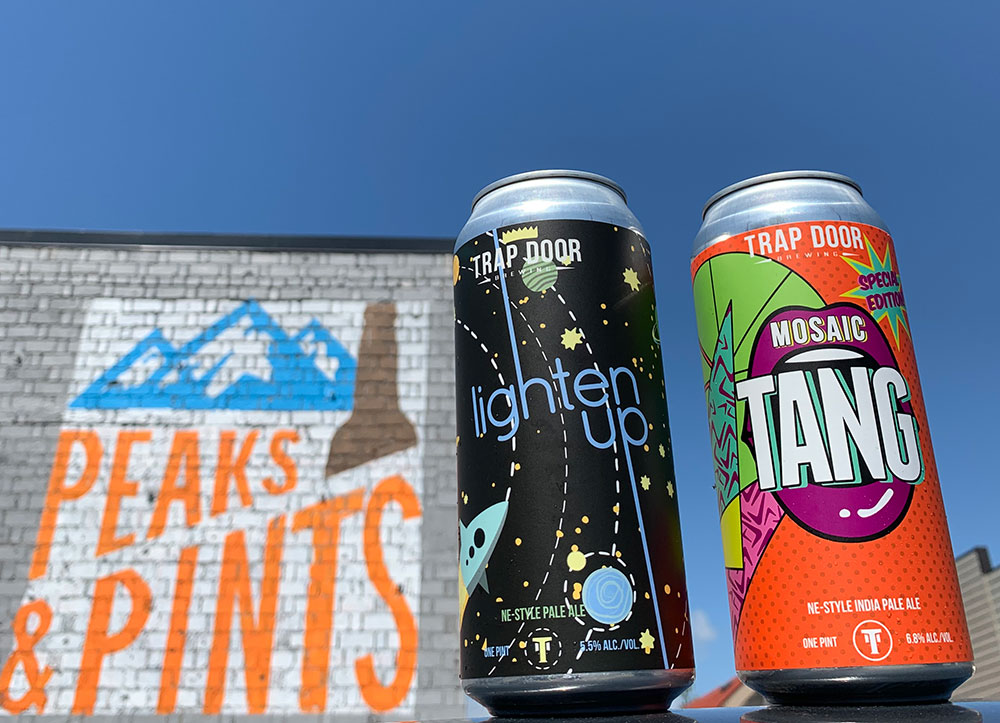 LINK: More delights from the Peaks and Pints cooler