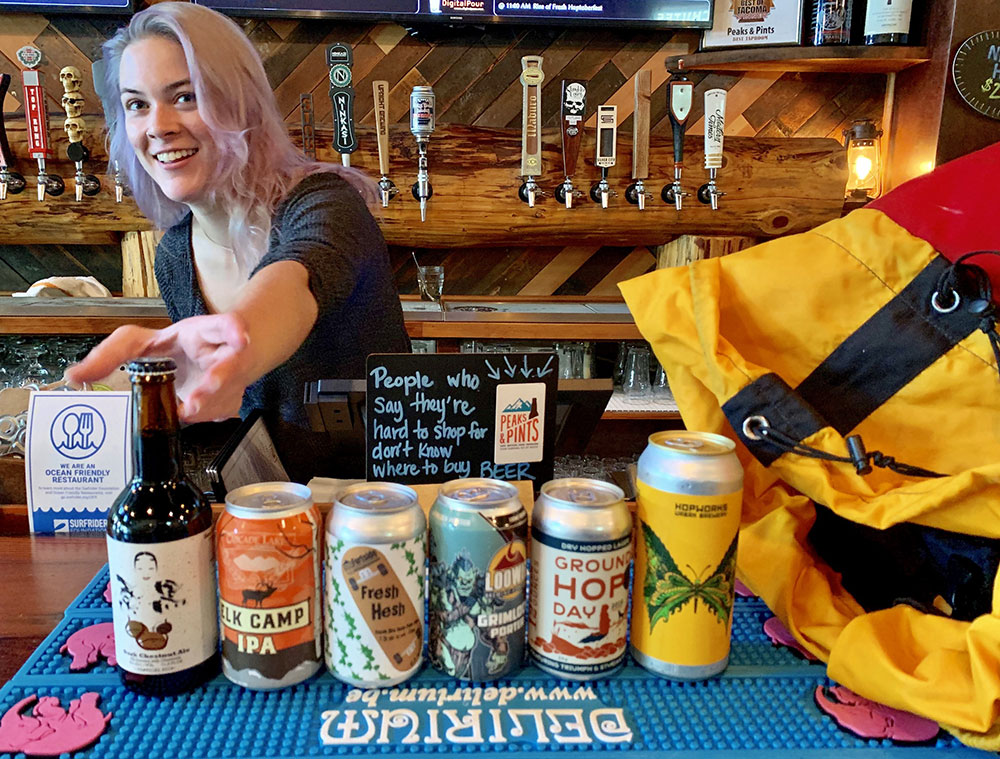 As a crisp breeze blows in the early morning, it is clear that autumn is in the air. Although the sun still shines at high noon, the days are ever so slightly shorter and the nights ever so slightly cooler. With the change in season comes not only pumpkin-spiced everything and the return of flannels, but also harvest. However, it is not just gourds and sunflowers in bloom: Peaks and Pints New Beers In Stock 9.18.19 has plenty of fresh pickings, including the seven beers below. …

ELK CAMP IPA: Elk are aggressive animals. Females can be particularly aggressive in the spring and males during the fall, but both are dangerous year-round. The best way to keep from being charged by an elk is to avoid attacks in the first place. Remain safe inside Peaks and Pints drinking Cascade Lakes‘ hazy, juicy, dry hopped IPA hits the tongue with orange and pine, plus more hops that the typical hazy IPA. 6.4%

KURI KURO STOUT: The chestnut is the most ancient fruit in Japan. Charred chestnuts have been found in and around archaeological sites of the Jomon Period (10,000-200 B.C.) settlements. Hideji Beer Brewery’s brewed Kuri Kuro Stout with hometown Miyazaki-grown chestnuts, for flavor rich in nuts, herbs and sweet chestnuts along with an aroma of espresso and brown sugar from roasted barley. 9%

GRIMLOCK PORTER: In 2016, Loowit Brewing won a Silver Award at the prestigious World Beer Cup for their Grimlock Rye Porter, an American Porter featuring dark malts that provide pleasant flavors of chocolate, toffee, coffee and toast. The addition of rye malt builds the complexity of the malt profile by adding a touch of rye spiciness to the finish. 5%

GROUND HOP DAY: Wandering Brewing brewed alongside their friends Hollingbery and Son Hops to create a diverse cocktail of Saaz hops with heavy dry hop additions of Triumph and Styrian Wolf. Ground Hop Day 2019 India Pale Lager offers flavors of banana, creamsicle, and lemongrass over and over and over. … 5.1%