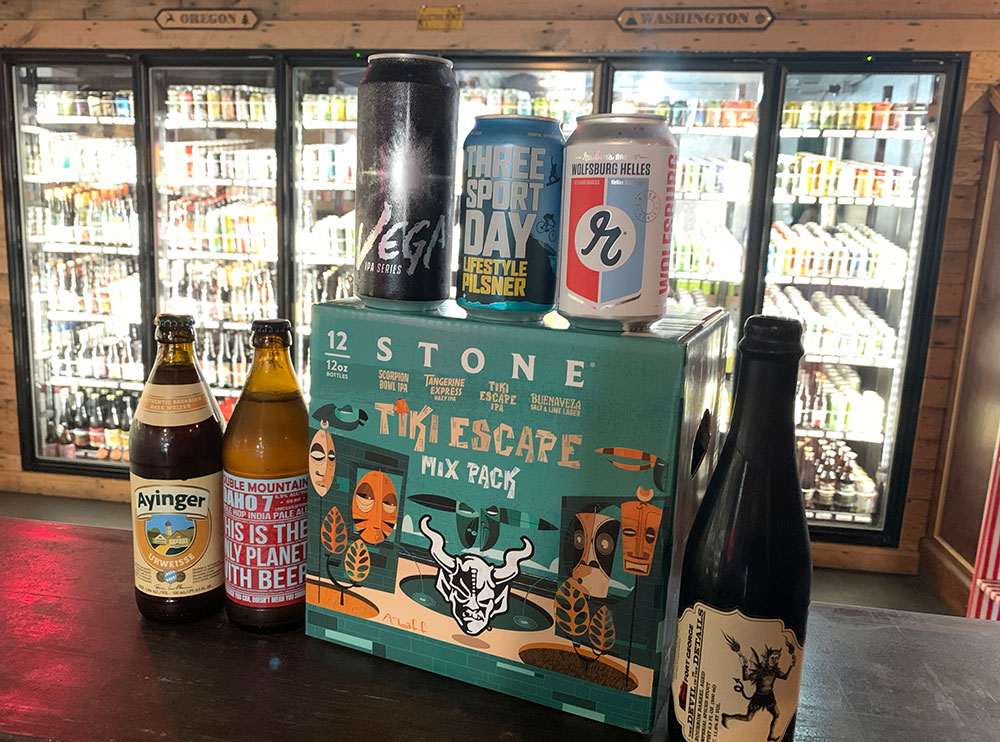 A tiki beer box, a pilsner for the sporting lifestyle, Reuben’s Brews canned their helles and the Devil is back. Peaks and Pints New Beers In Stock 6.9.20 has some fun beer to take home.

URWEISSE: This amber-colored dunkelweizen hits the nose with clove and ripe banana notes plus a touch of alcohol. At the front of the taste, modest caramel malts reminiscent of artisan bread crust tease the tongue before deepening into clove spice and sweet banana tango. 5.8%

IDAHO 7 SINGLE HOP IPA: For Double Mountain Brewery’s fourth and final beer of their Brewer’s Experimental IPA series, the baton was passed to the owner and brewmaster, Matt Swihart. He brewed a wonderfully piney IPA dripping with ripe fruit from Idaho 7 hops used in every stage of brewing, bottled in refillable bottles, reducing the Hood River brewery’s carbon footprint, and loaded into Peaks & Pints cooler. 6.9%

VEGA IPA #7: STRATA, MOTUEKA, AND BELMA: Brewed with Pale malt, Carapils, wheat malt and flaked oats, as well as the hops listed in the title, version #7 is the first hazy Vega in the series. Expect juicy tangerine and grapefruit with some dank notes. 6.5%

THE DEVIL IS IN THE DETAILS: Fort George’s imperial spiced stout is back in the house with details of bourbon, oak, malt, spice, and sweetness. 11.6%

WOLFBURG HELLES LAGER: Reuben’s traditional German-style helles is available now for the first time in cans with a great bite of bready malts and Hallertau hops. 4.8%

TIKI ESCAPE MIX PACK: Stone Brewing Tiki Escape IPA is a blend of Sabro and Mosaic hops in a 7.7% tropical IPA. The hops do all the work on this one. The 12-ounce bottle is only available in Stone’s Tiki Escape Mix Pack that also includes Tangerine Express Hazy IPA, Scorpion Bowl IPA and Buenaveza Salt & Lime Lager.