Peaks and Pints Pilot Program: Citra On the Fly

Hops are a perennial vine with the scientific name Humulus lupulus, which means “small wolf,” a reference to its aggressive climbing nature and tendency to take over other nearby plants. There are more than 120 different hop varieties used today. To be a true fan, the appeal of hops has to be more than just bitterness. Hops offer a range of flavors and aromas that resemble herbs, pine, tropical fruits like grapefruit and tangerine and more. Citra hops, well, the name says it all. A relatively new hop on the scene (released in 2008 by Hop Breeding Company of Yakima), Citra adds the trademark blend of juicy citrus and tropical fruit that have made them so sought-after in the brewing industry. You can’t Citra your butt down at Peaks and Pints yet, but you can take home our to-go Citra hop beer flight, Peaks and Pints Pilot Program: Citra On the Fly.

Peaks and Pints Pilot Program: Citra On the Fly 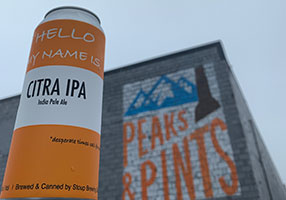 Team Stoup Brewing believes in building beers that unroll with a distinct start, middle, and finish. This formula works well on their IPAs, especially their flagship Citra IPA. A first sniff will elicit images of tropical fruit and citrus thanks to a healthy dose of Citra hops. Next, pale malt sweetness keeps things in check with slight bitter, citrusy fruits and grapefruit. Citra IPA finishes dry with very bright, tangerine and Meyer lemon character lingering. 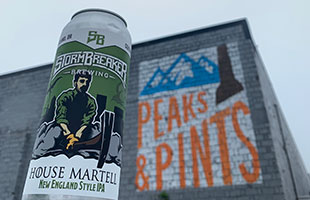 House Martell is the ruling family of Dorne, the southernmost region of Westeros and the only region of Westeros to successfully resist the conquest of Aegon the Conqueror. Yes, indeed, StormBreaker Brewing House Martell is a Game of Thrones themed single hop hazy pale ale brewed exclusively with Citra hops for aromas of grapefruit and melon. It’s light bodied, yet juicy and finishes clean; indicative of the house it is named after. 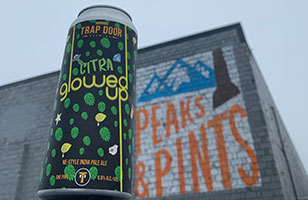 Trap Door Brewing’s New England style IPA Glowed Up is dry hopped with Amarillo, Citra, and Mosaic hops delivering a big, husky tropical nose. Rich, lemons, mild bitterness, some mango, a bit of toast and earthy malts light up the tongue. This special batch of Glow was exclusively double dry hopped with more than 5 pounds per barrel of Citra, for a beer bursting at the seams with aromas of tropical mango, lemonade, and bright citrus. 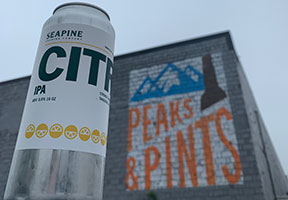 Brewing a Citra single hop IPA is like an Eastern Washington winemaker making a Cabernet, in that there are many but it’s an opportunity to show off skills; Citra hop IPAs can become too catty and punchy. Seapine Brewing found balance, which is fortunate as their version leans on the light side. Expect heaps of lemon peel and tangerine on the aroma, which transfers to the taste with a little resin.