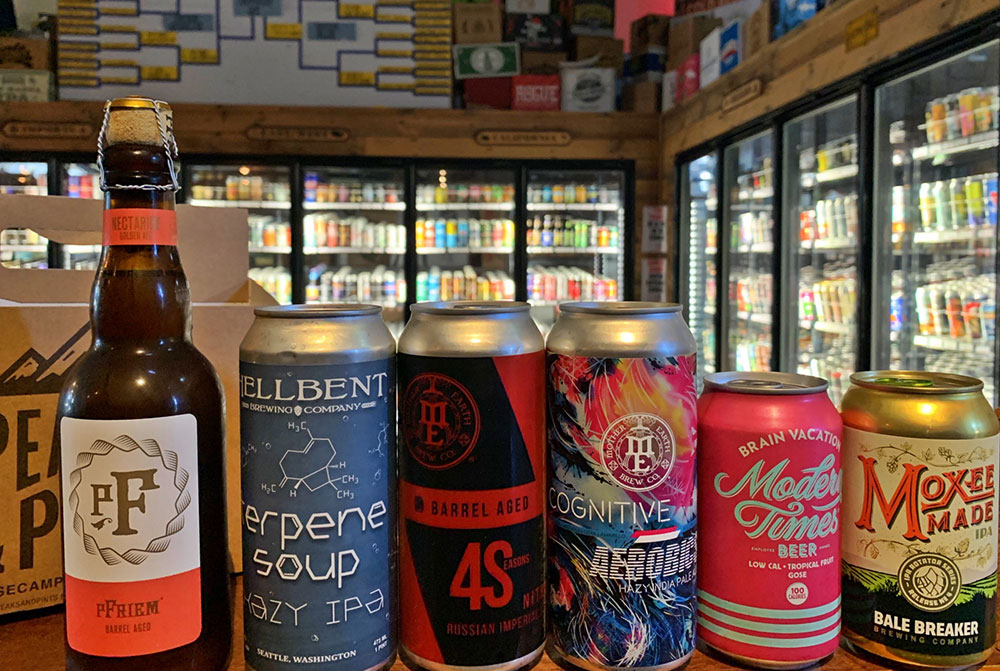 The sun is shining, and Peaks and Pints New Beers in Stock 6.25.21 has cold beer to help you beat the heat! Stop by our air-conditioned bottle shop and stock up for the weekend. Cheers!

Bale Breaker Brewing Moxee Made IPA: Named after the town where Bale Breaker’s 30-barrel brewhouse stands, Moxee Made IPA is a crisp, clear homegrown IPA that showcases four generations of hop farming, two seasons of barley farming, and a whole lot of flavor with hoppy aromas of grapefruit, pineapple, and peach, 6.2%⁠