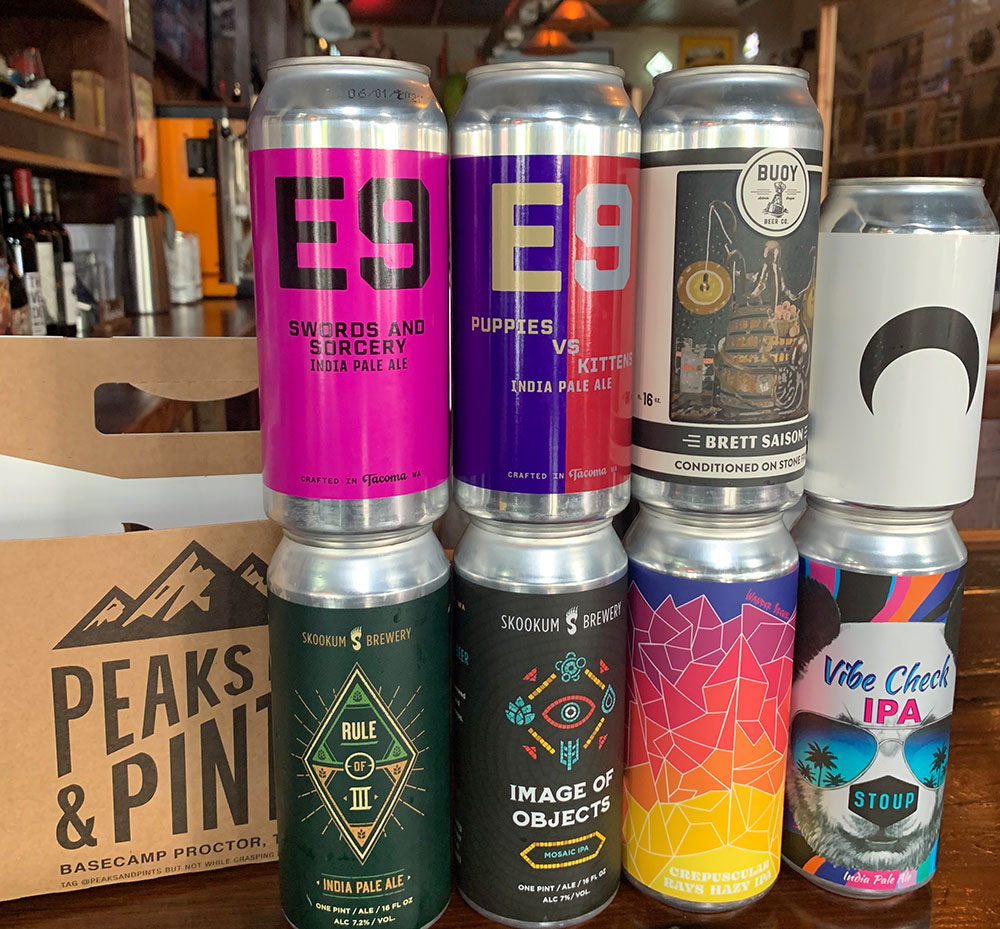 When the thirst takes hold of you, dive into Peaks and Pints New Beers in Stock: 6.10.21. Cheers!

Buoy Beer Stonefruit Brett Saison: Second batch of the Buoy Foeder series based on the spontaneity of the Brett yeasts strains with part of the batch infused with stone fruit, 7.1%

E9 Swords and Sorcery: IPA brewed with New Zealand grown hops Waimea, Motueka, and Rakau hops. Motueka is commonly referred to as the “Mojito” hop for its lime aromatics, while Rakau can tend to be all over the ‘orchard’ in characteristics. Rakau exhibits apricot, to pear, to mango and plum aromatics, from these late addition hops, 7.3%

Skookum Rule of 3: IPA brewed with barley, oats and spelt, then hopped with insane amounts of Citra, Strata and Amarillo for sticky papaya and juicy tangelo, 7.2%