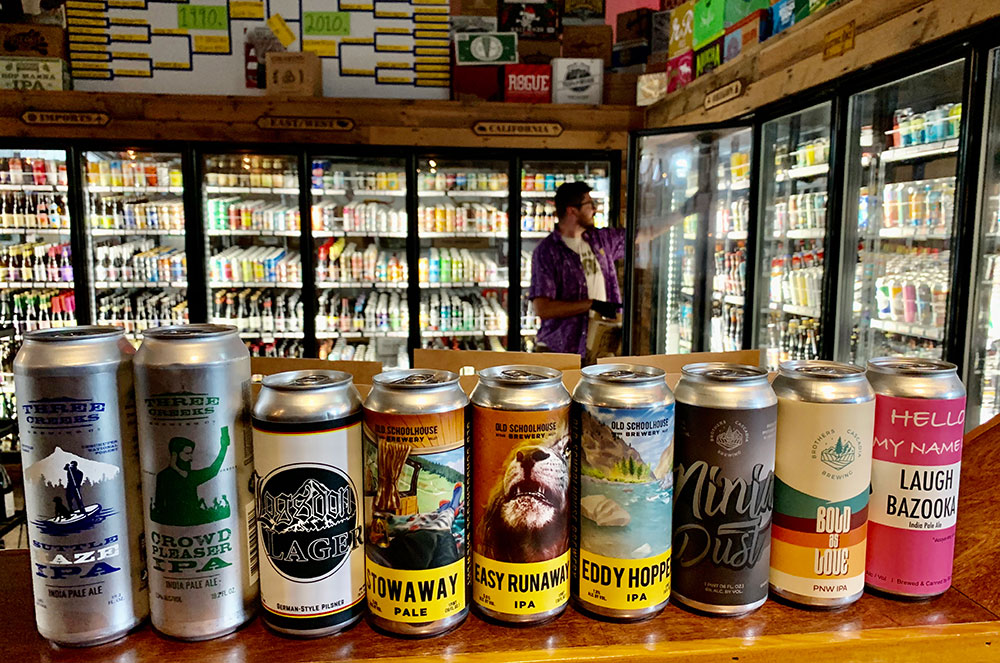 Chances are, if you’re reading this Peaks and Pints New Beers In Stock 5.28.20 you are probably planning on putting together a lovely collection of craft beer for the weekend. May we suggest the fine specimens below. …

BOLD AS LOVE IPA: With its large addition of Mosaic, Amarillo, and Simcoe hops in both the boil and in the fermenter, this Brothers Cascadia IPA grabbed a silver medal at the San Diego International Beer Festival 2018 and a bronze at the Washington Brewers Choice Awards. Its balanced body sets the perfect stage for this hoppy delicacy. 7%

EASY RUNAWAY IPA: Simcoe, Chinook, Citra, and Mosaic offer a citrus nose and flavor with a touch of bitterness on the finish. 5.9%

STOWAWAY PALE: This Northwest-style pale is light and crisp with a pleasant, citrus hop character from Citra, Simcoe, and Mosaic. 5.8%

LAUGH BAZOOKA: “Everyone is excited about this one,” says Stoup Brewing utility player Dexter Chanhsomphou. … “This beer is right up my alley with some of the most primo hops of Azacca and Citra. I’m guessing this is named after my laugh, but there are bazookas all around Stoup. I’ve always thought of my laugh more like a ballerina flying into the air into a triple axle, while your body is submerged in a nice coconut shaped pool with Pina Colada in it, and the beautiful flight of a peacock. But that’s just me. … This Azzaca comes from our friends from Roy Farms in Moxee, Washington, who have some very beautiful techniques on growing and producing hops.” Expect a burst of citrus and tropical fruit aroma from said hop and Citra. 7.2%