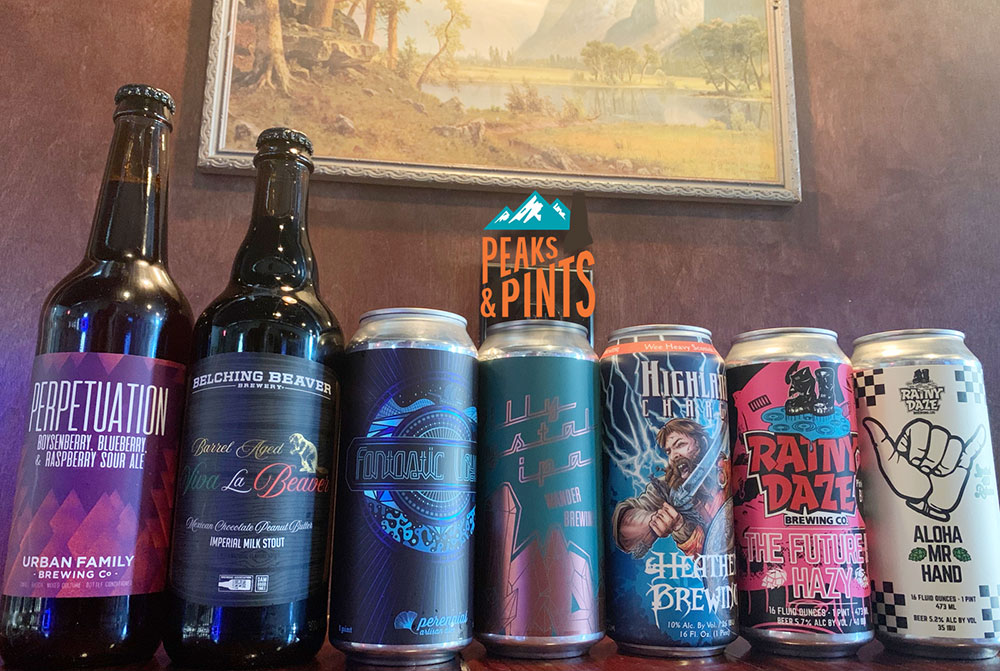 Thank you to everyone for your continued support during this time. Your support along with your words of encouragement and gratitude keep us going. Peaks and Pints New Beers In Stock 4.15.20 is happening. …

FANTASTIC VOYAGE: Perennial brewer Jim Leabig wanted to drink a German chocolate cake, so he brewed Fantastic Voyage — a harmonic melange of coconut and imperial milk stout. Loads of coconut, lactose and black malt balance each other to provide flavors reminiscent of chocolate covered coconut with light vanilla and a finish smooth like silk sheets. Flavor is moderate to heavy sweet, light to moderate bitter and delicious to super delicious. 8.8%

ALOHA MR. HAND: Jeff Spicoli is the surfer-stoner in Fast Times at Ridgemont High, a film based on the 1981 book by Cameron Crowe, who wrote about the time he went undercover as a high school student in San Diego. Spicoli’s history teacher is Mr. Hand, who find frustration in Spicoli’s actions. In honor of Spicoli, Rainy Daze brewed Spicoli’s salutation to his teacher — a super tropical hazy IPA with 4 pounds per barrel of Sabro, Kohatu, and Mosiac hops. 5.2%

PERPETUATION: This is a sour ale with boysenberries, blueberries and raspberries with a focus on a massive fruit character, with a dry finish, and balanced acidity. 5.9%