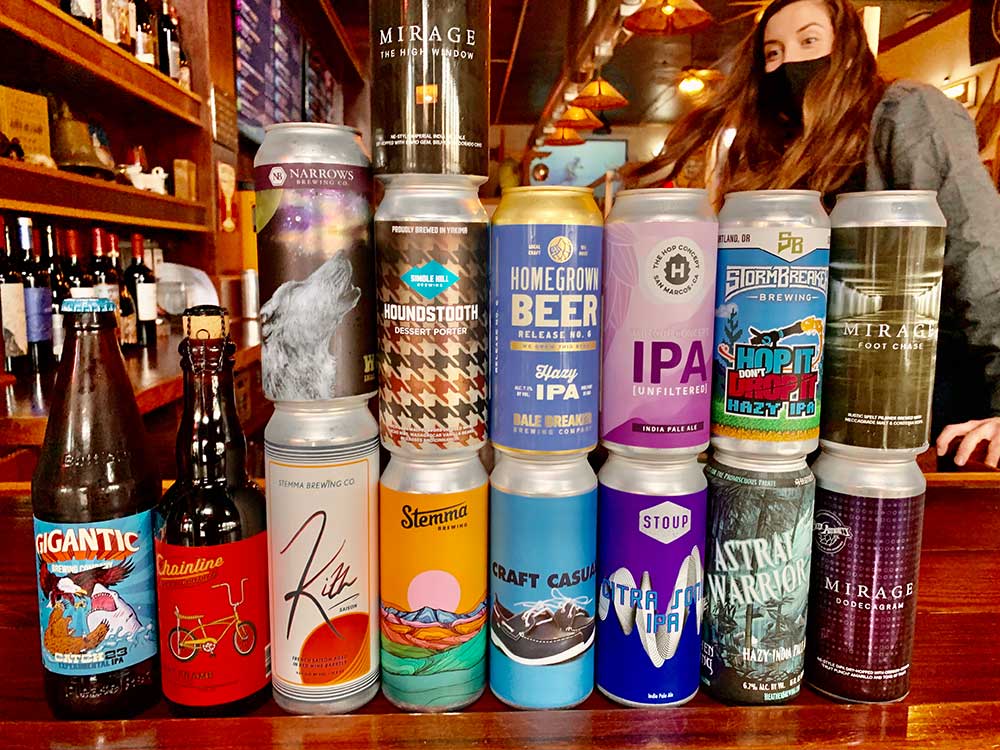 With spring comes rain, and there’s no reason to stay dry on the inside. Welcome to Peaks and Pints New Beers In Stock 3.18.21. …

Narrows Brewing Wolf IPA: Hopped exclusively with the Slovenian hops, Styrian Wolf, from this hazy, aggressive and bitter IPA has notes of tangerine and pepper, 6.7%

StormBreaker Brewing Hop It Don’t Drop It: Collaboration with iLikeitNerdy, this hazy IPA has aromas of tropical fruit, grapefruit, and hints of pear, 6.2%

Stoup Craft Casual: A collaboration with Fast Fashion Brewing and Yacht Con: Back to School, a non profit event put on by SB Nation. This is a hazy extra pale ale with healthy hop additions of Citra, Simcoe and Galaxy. Hop notes: Citrus, passionfruit and stone fruit, 5.8%

The Hop Concept IPA [Unfiltered]: Brewed with Mosaic, Idaho 7, and Cascade for notes of peaches and tangerines, leading to a soft, pillowy finish, 6.3%