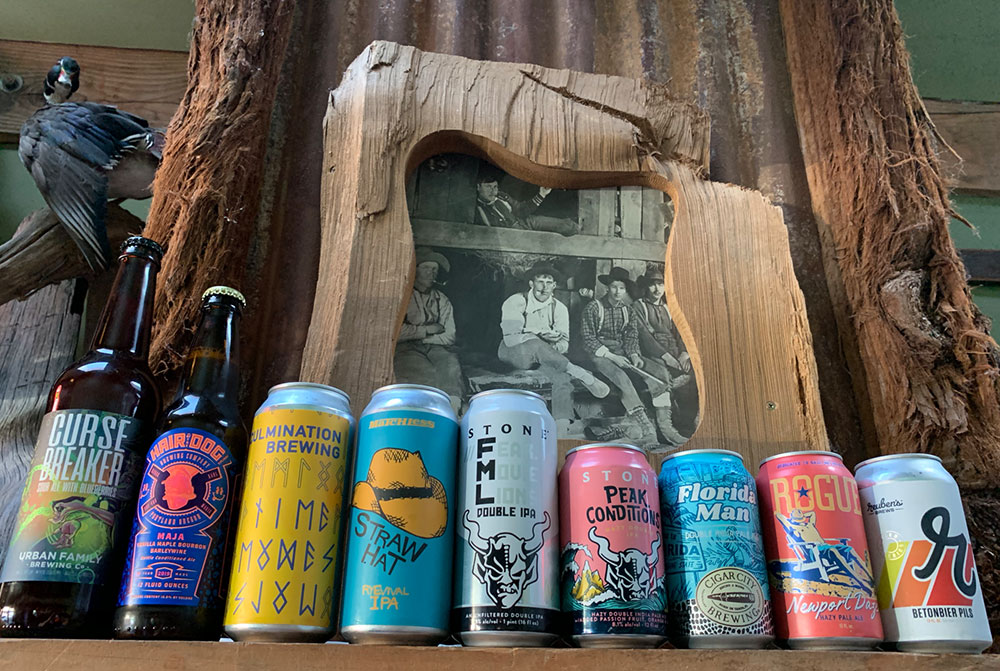 Grab a couple of friends and turn Peaks and Pints New Beers In Stock 2.28.20 into a sampling party!

DRAGONFRUIT: Avid Hard Cider captured their Dragonfruit in a 19.2-ounce can! Unleash this fruit-forward off-dry cider made Northwest apples, dragonfruit, and raspberries. 6%

FLORIDA MAN: In 2016, Cigar City named a double IPAs after one of Florida’s most popular and criminal anti-heroes, Florida Man — a hero with a shark tooth around his neck, a Grim Reaper tattoo on his arm, and a rap sheet longer than his mama’s mustache. Florida Man is brewed with a nearly-criminal amount of hops and a moderate bitterness for notes of lychee, guava, mango, and lemonade with candy sugar sweetness and some earthy bitterness. 8.5%