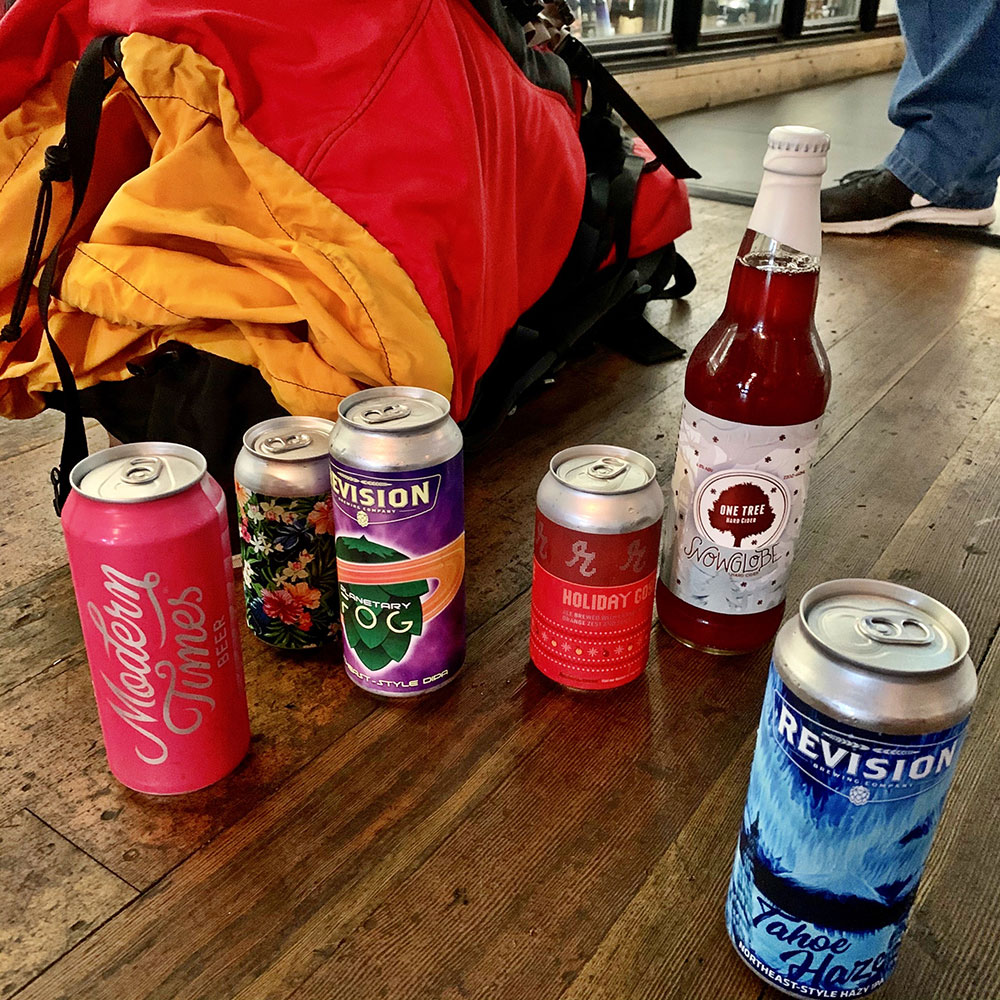 What better accessory in the long bitter watches of the winter nightlife than scarves? They’re not just for warmth or declaring your Hogwart’s house allegiance anymore; now they’re a fashion statement. Peaks and Pints sees people wearing them outdoors and inside shopping our cooler, with or without jackets. Peaks and Pints New Beers In Stock 11.9.19 is definitely scarf worthy. …

OCTAGON CITY: Octagon City was suppose to be an all vegetarian society, but instead it’s Modern Times‘ tart, fruit-laden Super-Berliner stuffed with black raspberries, red raspberries, and guava. 6.5%

SNOW GLOBE: Thanks to edible glitter, your digestive system can be as sparkly as your 1990s eye shadow palette. One Tree‘s Snow Globe Cider is a delicious spiced cider with glitter. We recognize the clove and cinnamon, but the glitter seems like a handful rather than a full dance floor dump. 6.6%

HOLIDAY GOSE: With one eye on the turkey and the other on the mistletoe, Reuben’s unleashed its annual Holiday Gose. This cranberry-orange variation of its award-winning gose is fermented with its house Lactobacillus culture and includes 10 pounds of fresh cranberries per barrel, sweet orange zest, a touch of coriander and a hint of sea salt. 4.3%

PLANETARY FOG: Revision‘s hazy IPA hits the nose with dank, tropical fruit, orange, mango and grapefruit with some hay. This tropical fruit bomb is sweet, indeed, but also has some grass and light bread with a medium, grapefruit-mango bitterness, dry finish. 7.5%