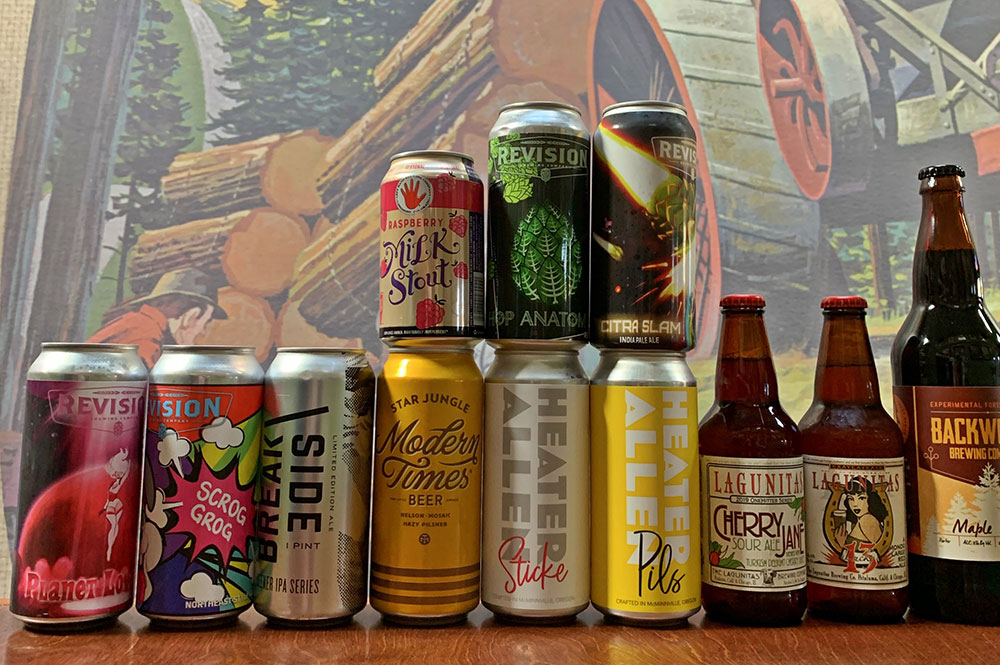 Après ski is as much a part of any winter experience as price-gouged lift tickets and frozen extremities. Thankfully, the post-slopes experience is no longer defined by shot skis and mulled wine. Craft beer has become a mainstay around the hot tubs and fireplaces. Peaks and Pints New Beers In Stock 1.28.20 has got your frozen back. These are perfect ice breakers and pain relievers in beer form. Stock up your cooler or cabin fridge with some of these beers and you won’t be disappointed. Or just throw a sixer in the snow. It’s all good.

MAPLE PORTER: Backwoods uses real maple syrup in this porter with balanced notes of vanilla, maple and chocolate, ending with a subtle roast. 7%

PILS: The Oregon brewery’s pilsner is a little more golden, rounder, and a little more malt driven than many other versions with strong hop character that is balanced by its rich, round, malty palate. 5%

STICKE ALT: A hoppier, higher alcohol version of a traditional alt bier with for a roasty, dry, bitter and nutty sipper. 5.8%

CHERRY JANE: This sweet tart sour ale is full of Turkish Delight cherries, giving it a puckered up punch of cherry charm, then it’s fermented with Brettanomyces for that extra funky funk. 5.5%

LUCKY 13: This imperial red ale is packed with kilned malts, loaded with large doses of Amarillo for orange citrus, and comes in at a meaty ABV. In short, this isn’t a red that gets lost in the shuffle. 8.8%

ELECTRIC LETTUCE: The Moonraker Double India pale ale brewed with Citra and Mosaic hops is back at Peaks and Pints. 8.5%

HOP ANATOMY: Pale ale brewed with Citra and other hops, plus a nice dose of specialty malt, for a complete and well-rounded flavor profile. 5.5%

VIKING SPACE PROBE DOUBLE IPA: Hazy double IPA brewed with Ella and Citra hops for flavors of tropical fruit, notably pineapple, peach, papaya and sweet guava, along with a hint of lime zest. It’s creamy and smooth with warmth on the finish. 8.5%

EARLYBIRD BOURBON BARREL-AGED BREAKFAST STOUT: Bourbon, oak, vanilla cream and coffee notes up front with booze and touches of oak on the finish. 9.6%

DOOMTOWN: This clean, classic West Coast IPA has a bright floral, resinous sticky aroma with a touch of pine and dankness. 7.5%