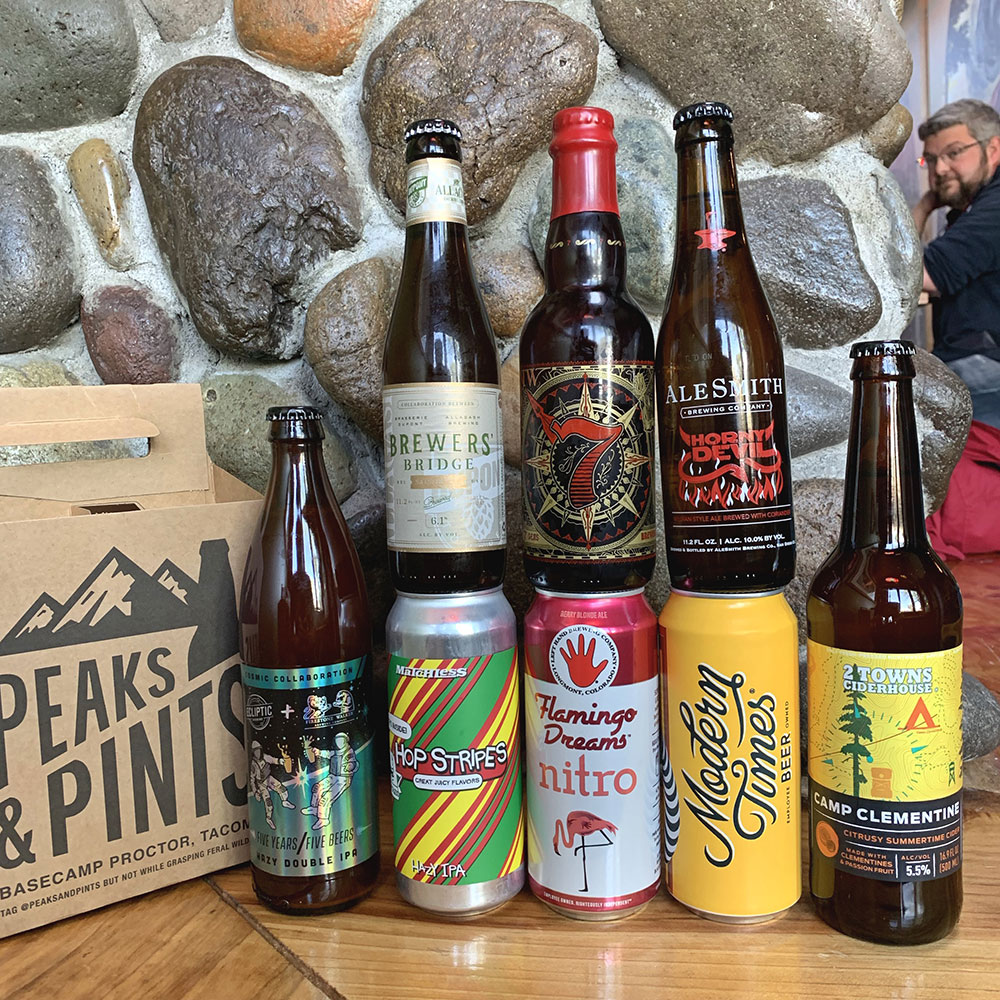 Happy Friday, y’all! Partly cloudy and upper 60s this weekend! Which one of these new arrivals will be your first to crack open from the lawn chair? Peaks and Pints has them all in our craft beer bar/bottle shop/restaurant. Come snag them up!

BREWERS’ BRIDGE — Building a bridge between Belgium and the U.S. isn’t going to happen anytime soon. In the meantime, enjoy Brewers’ Bridge, a collaboration between Belgium’s Brasserie Dupont and America’s Allagash Brewing. The resulting saison has a soft yeasty sweet malt aroma with refreshingly tart, earthy malt flavor upfront followed by notes of coriander and white peppercorns. It finishes with slightly bitter notes of lemon peel and wheat grain. 6.1%

HOP STRIPES — Attention former disciples of Fruit Stripe gum! Matchless has released a hazy IPA inspired by the favorite fruity gum from childhood. They dry hopped the heck out of Hop Stripes and added a touch of lactose and maltodextrin to make it slightly sweet and super drinkable. 6.4%