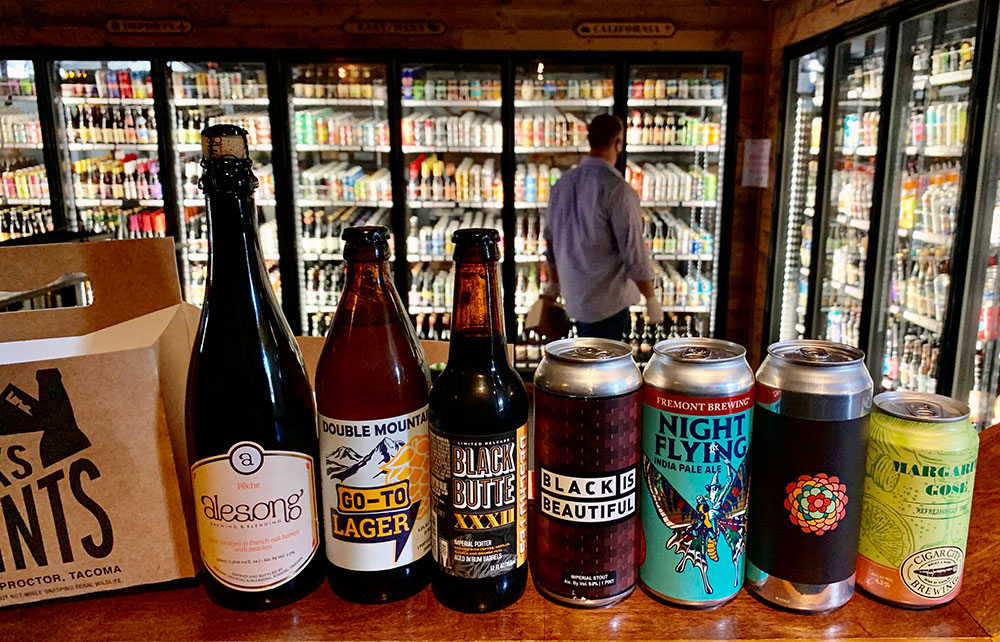 PECHE: Alesone made Pêche fruited sour with 3.5 pounds of ripe organic peaches per gallon of beer — more fruit than they have ever used! 7.2%

MARGARITA GOSE: The Florida brewery grabbed their German-style Gose, an ancient style of low alcohol beer brewed with salt, and gave it the Jimmy Buffett treatment by adding orange peel and lime essence to create a summer beach sipper. 4.2%

BLACK BUTTE XXXII: This year’s spin on the imperial porter was inspired by the flair of a Spanish Coffee, specifically from Huber’s, a popular Portland bar famous for their version of this cocktail (they light it on fire!). Infused with cold brew coffee and spiced with nutmeg and vanilla bean, Black Butte XXXII was aged in 12 –year-old Colombian Rum Barrels and combines aromas of chocolate, roasty notes, and coffee. 13.4%

TO-GO LAGER: Good balance between crisp and sweet with a little biscuit. 4.8%

CIDRE DUPONT RESERVE: This award-winning, natural cider sees six months in oak casks that had previously contained calvados and has been bottled at the Domaine Dupont in France. 7.5%

BLACK IS BEAUTIFUL: Fremont Brewing’s Black Is Beautiful Imperial Stout has arrived at Peaks & Pints. The Seattle brewery joined Weathered Souls Brewing’s national collaboration to raise awareness of the daily injustices People of Color face and funds for police brutality reform and the legal defenses of those who have been wronged. Fremont is donating all profits donated to the NAACP Legal Defense Fund. Hops for this beer we’re donated by Roy Farms. 9% 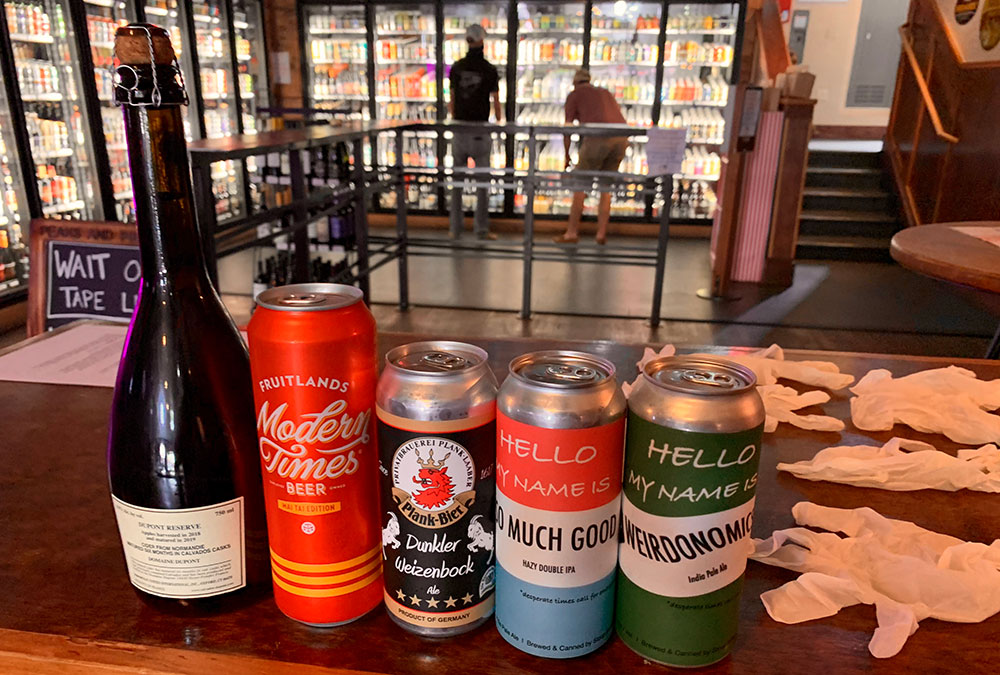 SO MUCH GOOD (HAZY) DIPA: Stoup added so many delicious hops in this one that they just had to make it a double. Late additions of Galaxy, Mosaic, Sabro, and Citra bring a citrus, passionfruit and peach party right to your mouth. 8.1%

WEIRDONOMICS: Pivot, pivot, pivot — the economics of it all is so WEIRD! Yet, Stoup Brewing moves forward brewing delicious beer such as this IPA brewed with Enigma, Galaxy, and Mosaic hops. It’s a tropical fruit and raspberry reality check. Guess life isn’t so weird after all. 7%

HOPPY SOUR ALE: Urban Family took their golden sour base — which makes up the majority of our 500ml sours — and instead of adding copious amounts of fruit, they let this beer shine with dry-hop additions of Galaxy, Citra, and Ekuanot for flavors of semi-tart lemon, pineapple, and passionfruit. 6%