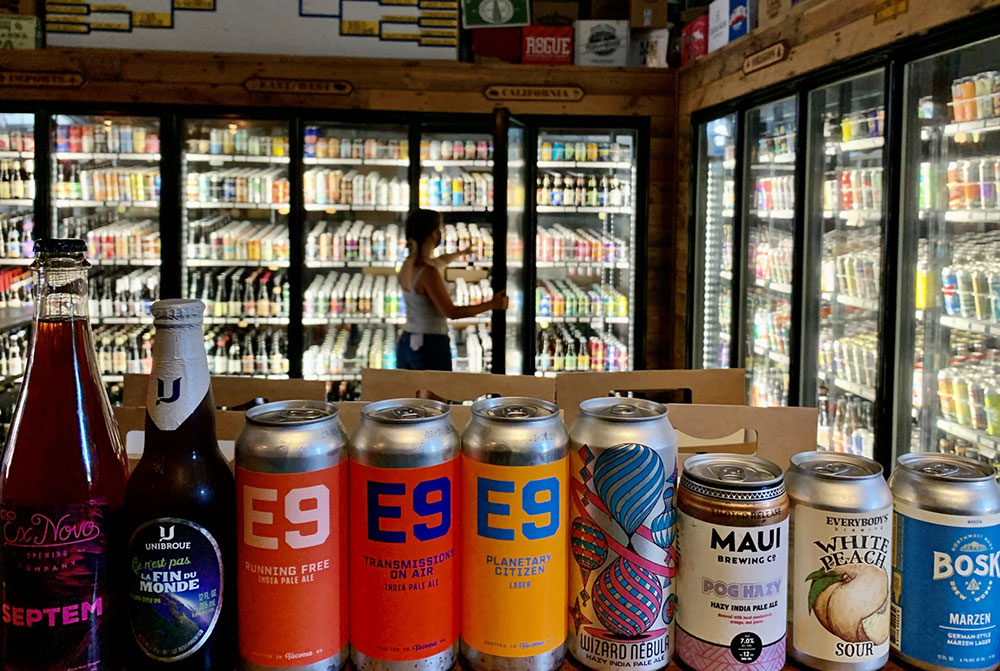 E9 Brewing Planetary Citizen: Light lager brewed with mainly German Pilsner malt and 2 Row barley malt with a little touch of Munich and Carahell malt, then light hop additions of Tettnang, Mandarina Bavaria, and Huell Melon on the hot side, then lagered for 6 weeks before dry hopping and filtration, for notes of light bitterness and a citrus snap, 4.4%

Modern Times Beer Wizard Nebula: Buckle up for an intergalactic exploration of space, time, & flavor magic. We began this delectable hazy IPA with a malt bill of 2-row, golden naked oats, wheat, and flaked oats. We then loaded it with Citra, Bru-1, and Riwaka hops, making for a stunningly bright beverage swirling with all kinds of citrus, which mingles beautifly with notes of melon and apricot. Each sip will have you reveling in the splendor of this conversion of extremely tasty elements, 7.5%