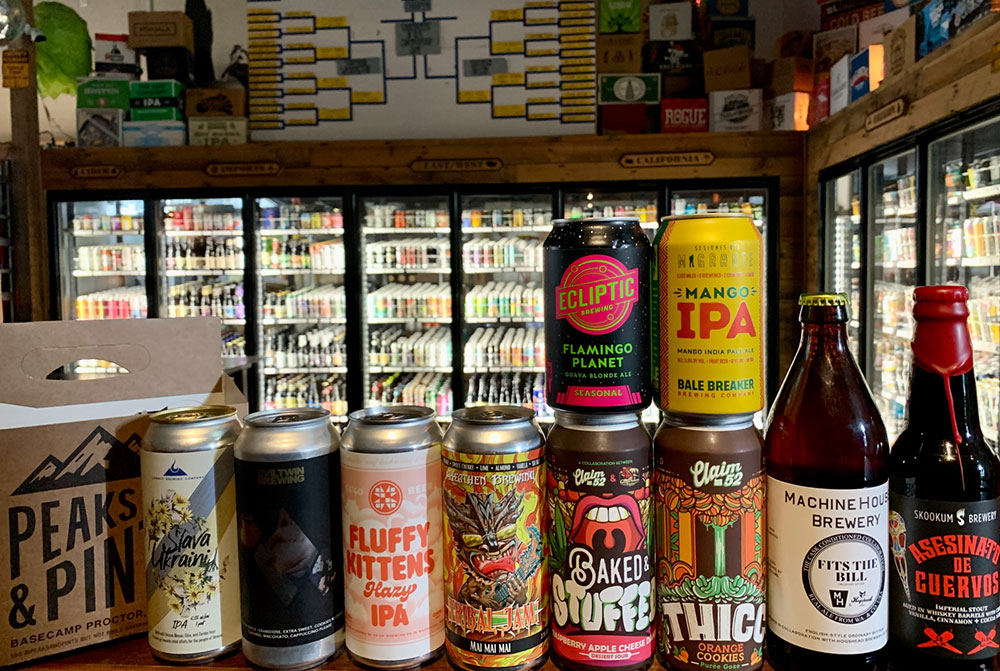 Bale Breaker Brewing Sesiones Del Migrante Mango IPA: Brewed with 28 pounds per barrel of mango puree toward the end of fermentation to preserve the fresh mango character, then dry hopped with Citra, Simcoe, and Loral hops to bring out the bright, fresh character of the mango, 5.9%

Ecliptic Brewing Flamingo Planet Guava Blonde Ale: Easy drinking blonde brewed with guava, and lightly hopped with Amarillo and Crystal to whip you away to a tropical planet paradise, 5.5%

Machine House Brewery Fits the Bill: Collaboration with Hogshead Brewing, this English bitter is brewed with interesting new UK hop varieties and fermented with a yeast strain that is a favorite for both breweries, 3.9%