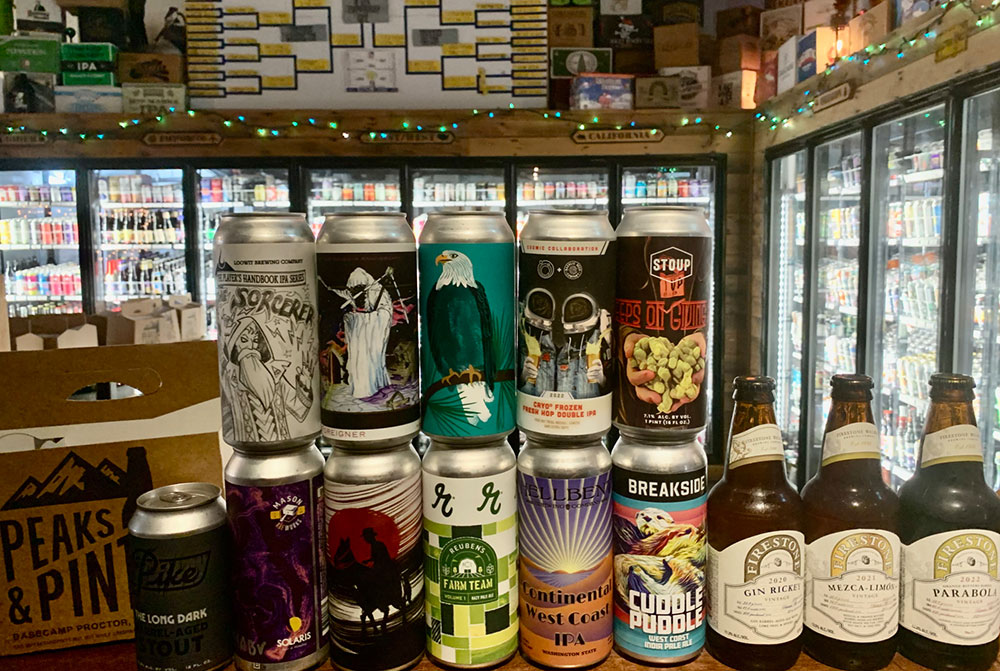 Peaks & Pints has a bunch of new beer for your New Year’s Weekend. …

Breakside Brewery Cuddle Puddle: Northwest version of a West Coast IPA brewed with loads of thiol-derived richness from Oregon-grown Strata hops that provide big mid-palate pops of blueberry and passionfruit, some Citra also grown in the Willamette Valley that blasts in with some top notes of tangerine, lime, coriander, and a floral-hay situation, plus a bit of Simcoe and Nelson Sauvin for some mild resin and musk, 6%

Firestone Walker Mezca-Limon: Echoing the traditional Mezcalita recipe, this specialty base beer was brewed with agave, chile peppers, sea salt, and aged in mezcal and orange bitters barrels, all finished with a touch of lime zest, 13.5%

Reuben’s Brews Farm Team: A collaboration series between Reuben’s Brews, PCC Community Markets, and the great farmers of the Pacific Northwest brewed to highlight the unique terroir of the region. This single Amarillo hop and single malt cold pale ale style allows the full brightness of the hops to shine on a crisp and clean base, which also highlights the unique character of Skagit Valley malts, 6.1%

Stoup Brewery Keeps On Giving: IPA brewed with Loral and Simcoe Cryo hops in the whirlpool for the citrus flavor and grapefruit aromas followed by a dry hop with Amarillo, Bru-1, and Citra Cryo for more orange, stone fruit, and citrus, 7.1%

Structures Foreigner: In celebration of Structures’ Seventh Anniversary, this West Coast pale ale is fermented with their house lager yeast and dry hopped with an insane amount of Simcoe, Amarillo, and Cascade, 5.4%