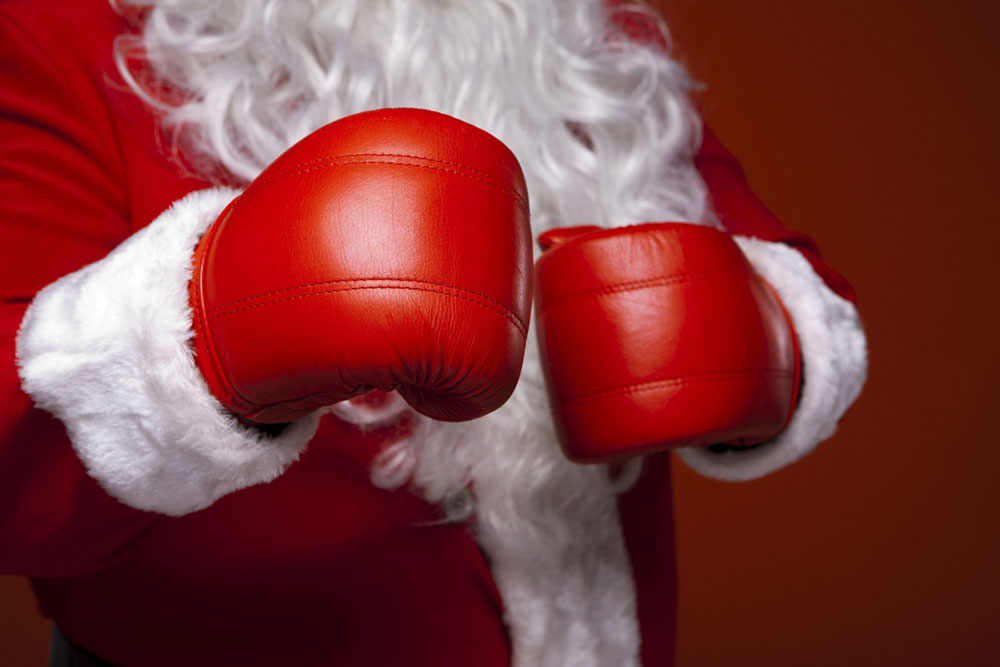 Boxing Day is observed annually on Dec. 26 in the United Kingdom and other European countries that dates back to the days of Queen Victoria, though some historians trace its origins back much further—to medieval times. Today, it’s largely an extension of the Christmas holiday and a big day for sporting events, shopping, and, to Peaks and Pints, craft beer. In the event you didn’t get enough craft beer on Christmas Day, you’ll want to get in on Peaks and Pints New Beer In Stock 12.26.19.

ELECTRIC DAYDREAM: Hazy IPA dry hopped with Citra, Galaxy, and Motueka for Down Under tropical flavor. 7.5% 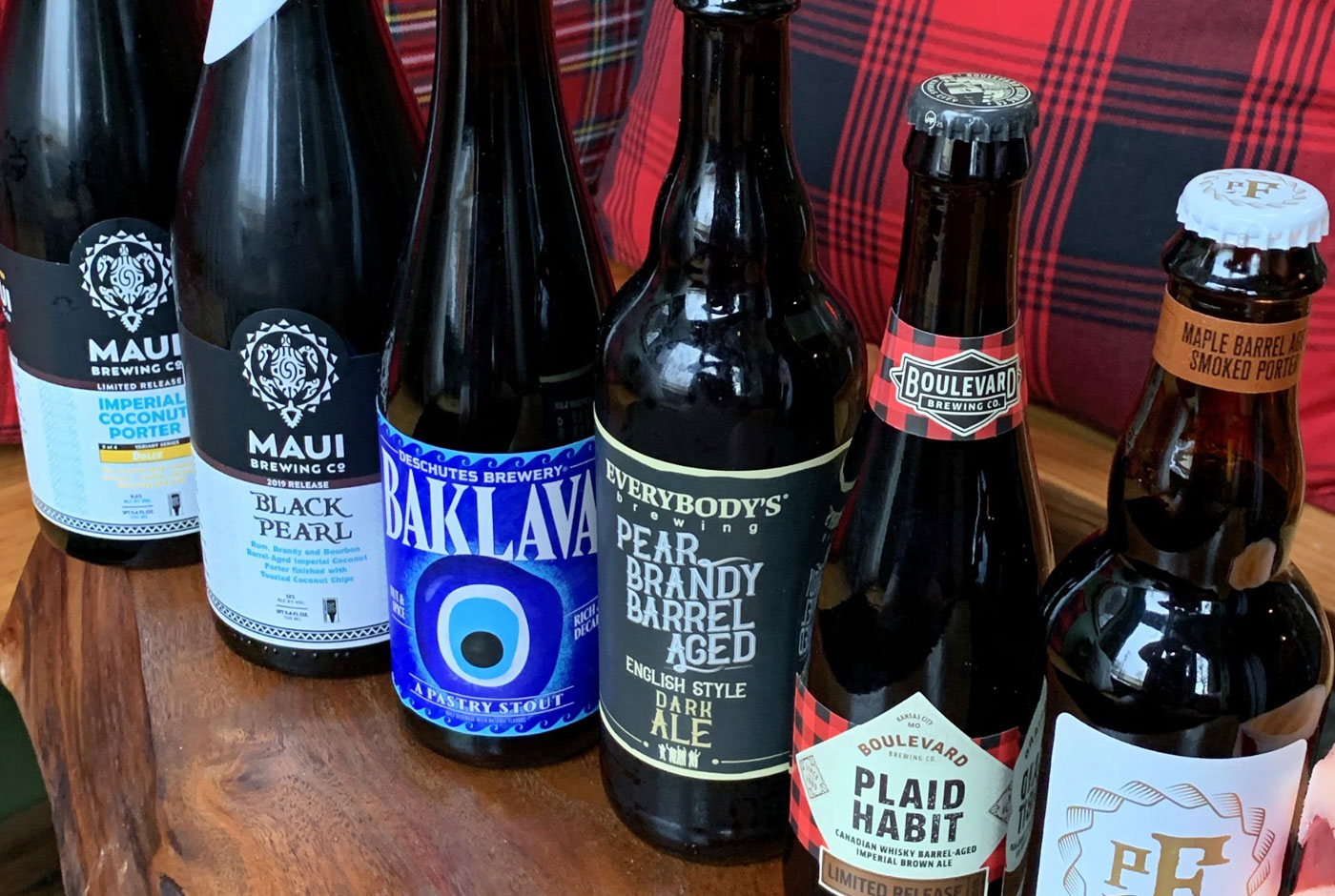 BAKLAVA: Deschutes Brewery stout brewed with cinnamon, clove, cardamom, honey, and almond flavor, then aged in bourbon, port, and sherry barrels for up to 19 months. 13.3%

From the time he set foot on a college campus, Dave Benfield was expected to go into the family business as an electrical contractor. But rather than learning the business in his free time, Benfield was spending his waking hours homebrewing, drinking his homebrew, and sharing the amazing liquid with others. In 1996, Benfield followed his passion and opened DuClaw Brewing Co. with a large production facility and four brewpubs across greater Baltimore.

DIRTY LITTLE FREAK: This coconut caramel chocolate brown ale was first brewed in 2014. This medium-bodied brown ale is a feast for the senses from its dominant blend of warm, roasted malt, coconut, caramel, and chocolate flavors barely restrained by a gentle hop bite, to its tantalizingly satisfying finish. 5.8% 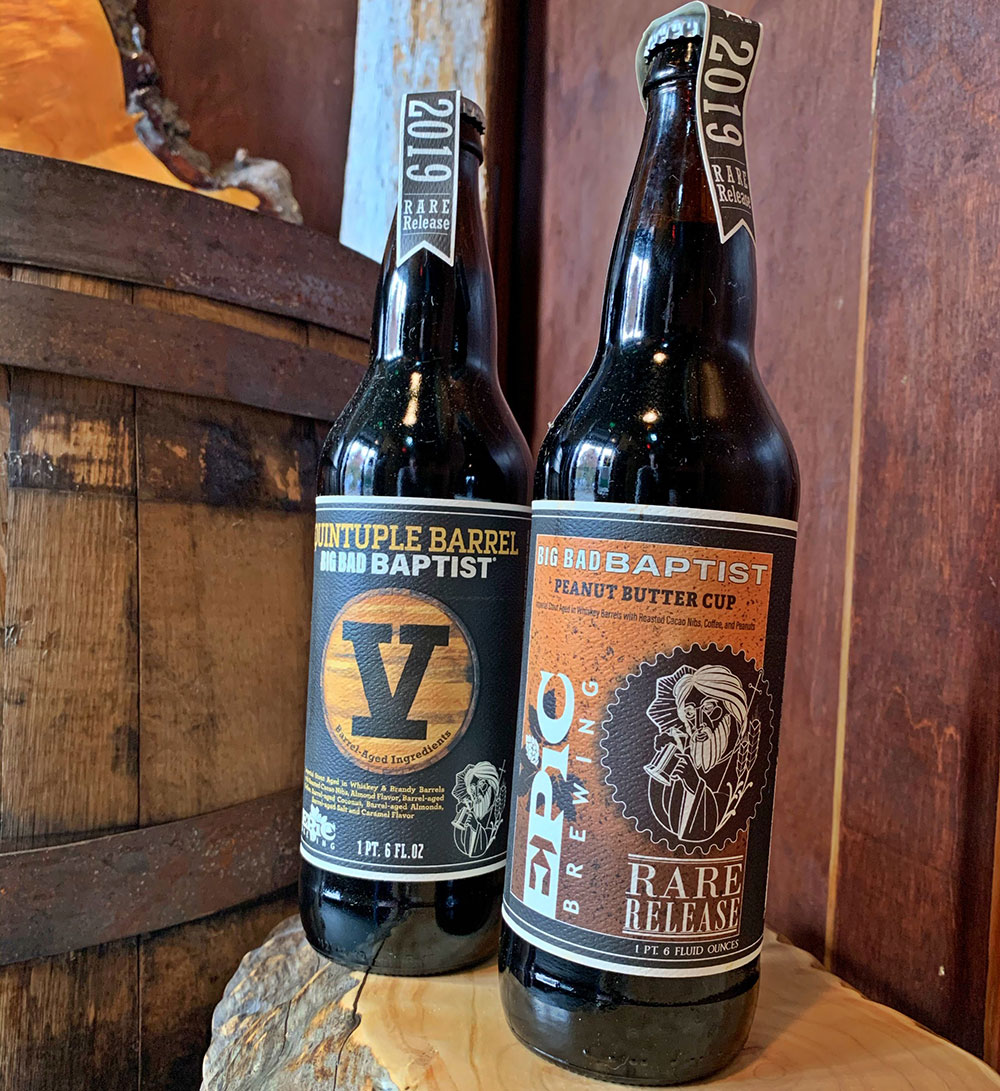 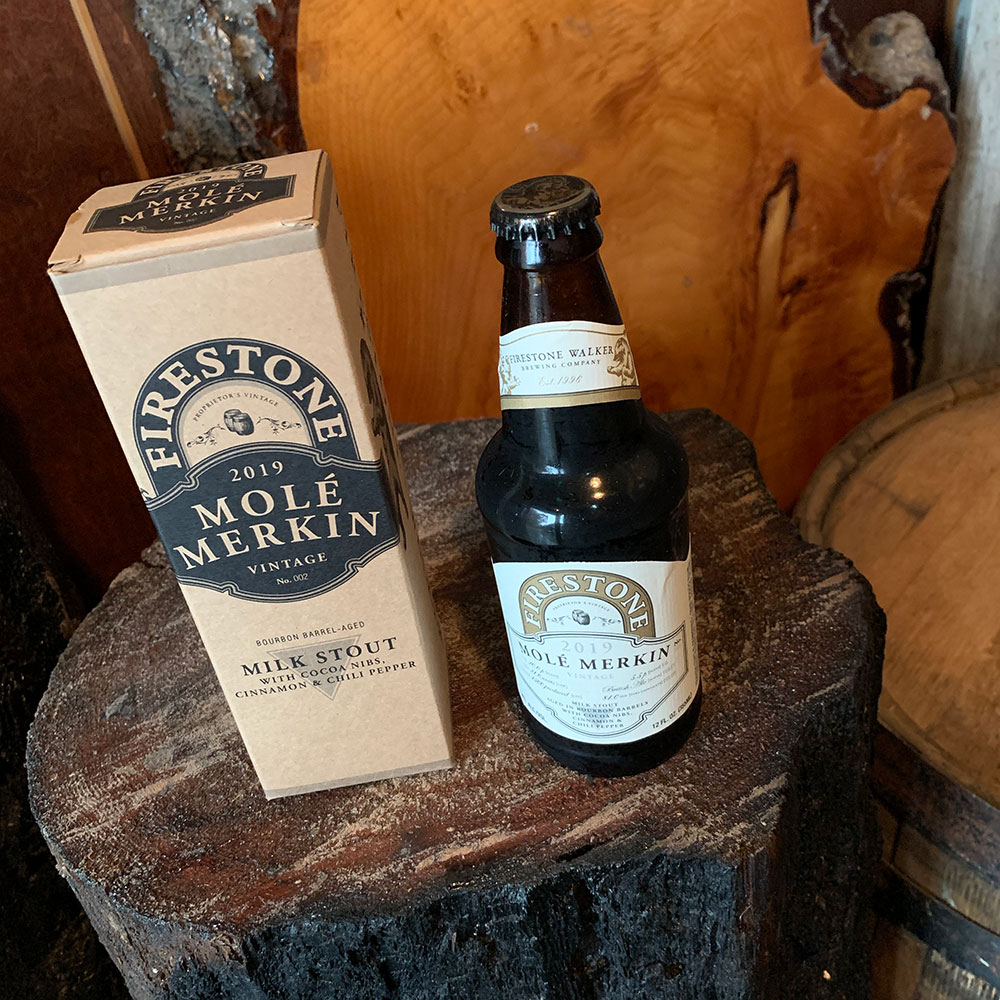 MOLE MERKIN: A variant from Firestone Walker’s Velvet Merkin, Molé Merkin is inspired by the traditional Mexican dish, molé. Brewers added dried Puya chili, cinnamon and cocoa nibs from the Dominican Republic to a bourbon barrel aged version of Velvet Merkin. The chili adds a spicy yet approachable heat with rich dark berry fruit flavor. The addition of cocoa nibs helps balance the heat from the peppers, adding to the mouthfeel. The result is a complex yet delicate beer with flavors of earthy chili pepper, cinnamon and cocoa. 7.8%

XXIII ANNIVERSARY ALE: A blend of Firestone’s beers aged in spirits barrels, including bourbon and tequila barrels — resulting in a smooth, bold and remarkably complex sipper. To create XXIII, the winemakers were divided into teams for a friendly but spirited contest. Each team was presented with numerous different component beers and tasked with creating the ultimate blend. The resulting blend includes Stickee Monkee (28%) Parabola (28%) Bravo (20%) Bourbon Barrel Helldorado (15%), Velvet Merkin (5%) and Tequila Barrel Helldorado (4%) is a wildly drinkable strong ale/barleywine. 11.5% 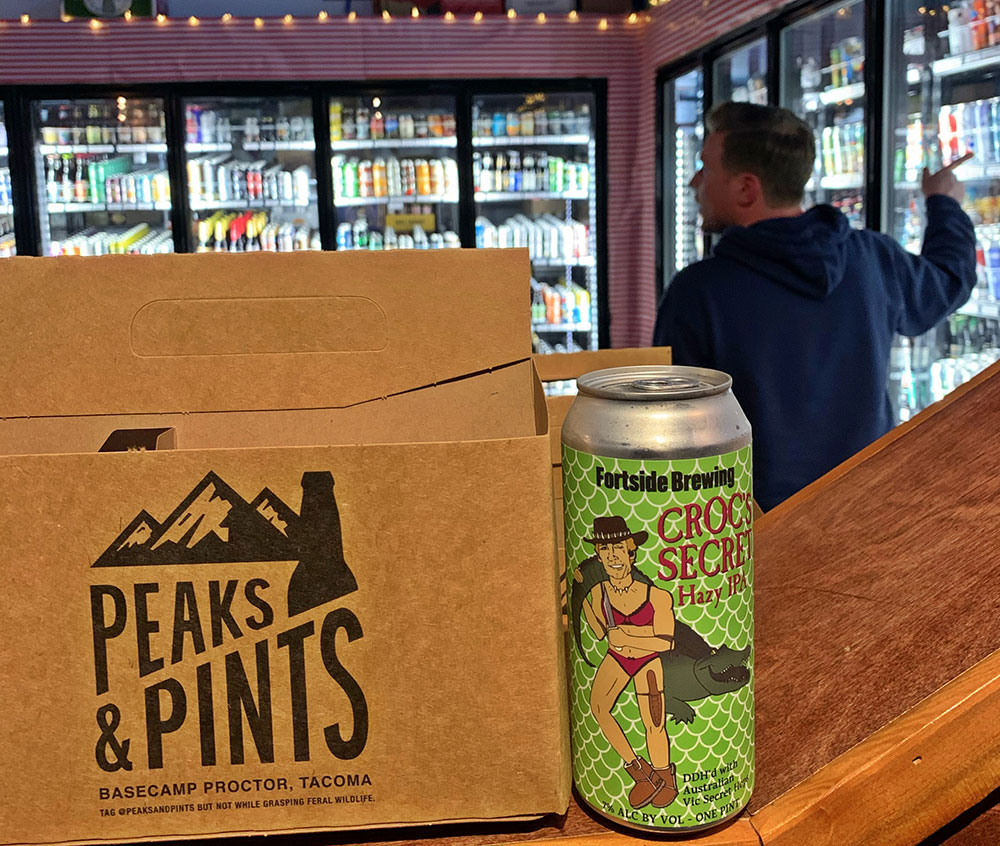 CROC’S SECRET HAZY IPA: Fortside Brewing has a Secret — an incessantly juicy haze bomb with pillowy oats, full bodied malto-dextrin, and heaps and gobs of Australian Vic Secret hops. Expect intense hop aromas of guava and pineapple blend with light pine and an assertive dankness, as big as the outback and bright as a December day on the sunshine coast. 7%

ELECTRIC HAZY DIPA: Gigantic Brewing collaborated with Gabe from Anchorage Brewing on this super juicy, soft and fluffy DIPA loaded with Citra and Strata hops for a tropical and citrus intensity. 8%

Hair of the Dog Brewing

MATT: A strong ale inspired by Matt VandenBerghe and the late Matt Bonney, champions of the Washington state craft beer industry. Matt was originally brewed to celebrate the 10th anniversary of Bottleworks, which was founded by the two other Matts. It’s brewed with two Munich malts, two smoked malts and two types of Belgian candi sugar. It spent some time in Kentucky bourbon and Apple Eau de Vie barrels from Clear Creek distilling for deep and lush with notes of apple, chocolate and smoke. 11.5%

TREE-DIMENSIONAL IPA: Tree-D continues Peaks and Pints’ love affair with old school piney IPAs, this time Kulshan Brewing brewed our house beer with Simcoe, Idaho 7, CTZ, Centennial, and whole leaf Cascade in the hop back for all the pine, plus creamy mouthfeel and bitter finish. It’s always on tap, but also now in 12-ounce cans. 6.4%

COMPARE IPA: A Chainline Brewing Company collaboration, Narrows Brewing Compare IPA is brewed with 2-Row, wheat and Carafoam then hopped heavily in the whirlpool with Citra and Idaho 7. They fermented with an experimental yeast blend consisting of an English Ale yeast, Belgian yeast and Hef yeast. After fermentation they dry hopped with The Bruce Blend and Waimea from Freestyle Hops, as well as a touch of Citra and Idaho 7. The result is creamy and juicy with notes of tropical fruit and melon. 6.7% 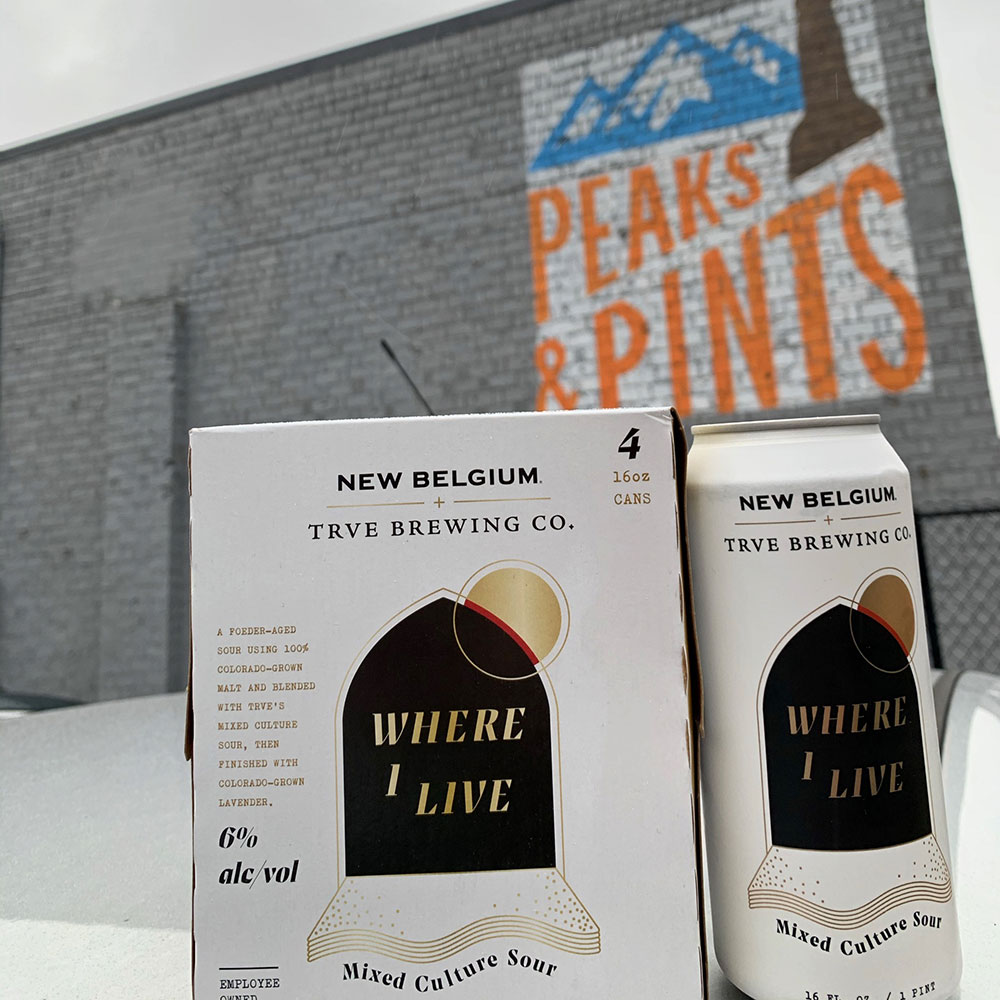 WHERE I LIVE: A mixed culture sour collaboration with fellow Colorado brewery TRVE Brewing, New Belgium brewed a base using 100-percent Colorado-grown malt from Troubadour Maltings and fermented it with a Norwegian Kveik yeast. That beer was dark sour and foeder-aged with TRVE’s house culture. Just before canning, the beer was finished with Colorado whole flower lavender. 6% 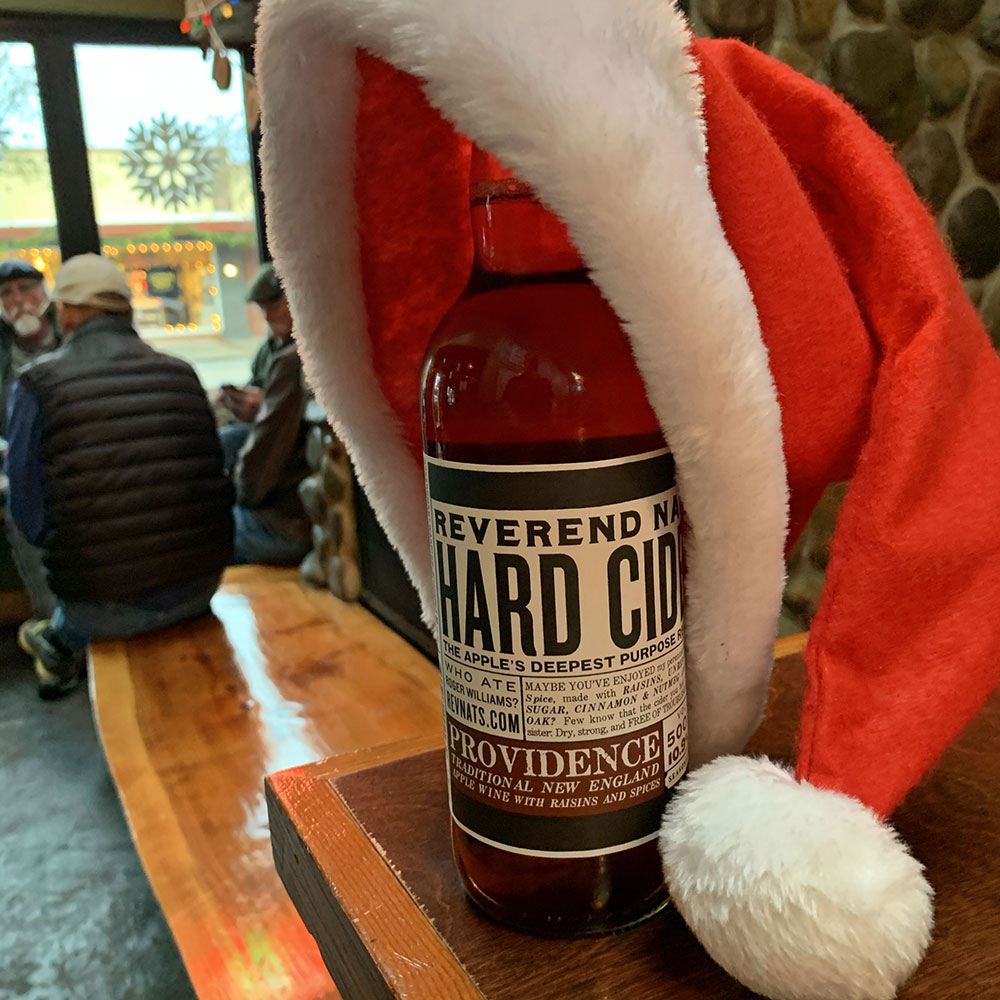 PROVIDENCE TRADITIONAL NEW ENGLAND CIDER: Providence is a vinous and spicy hard cider following a classic recipe dating from early 1600s Colonial America. It is fermented with lots of raisins, dark brown sugar, cinnamon and nutmeg and has been sitting on oak for at least 10 months. It makes for a mulled cider experience next to our fireplace. 10.9%

ISOLATION: Dry hopped with Amarillo and Saaz for a small saison with earthy, spicy, and garden herbs notes, plus restrained Brett. Bonus: It’s now in cans! 6.4% 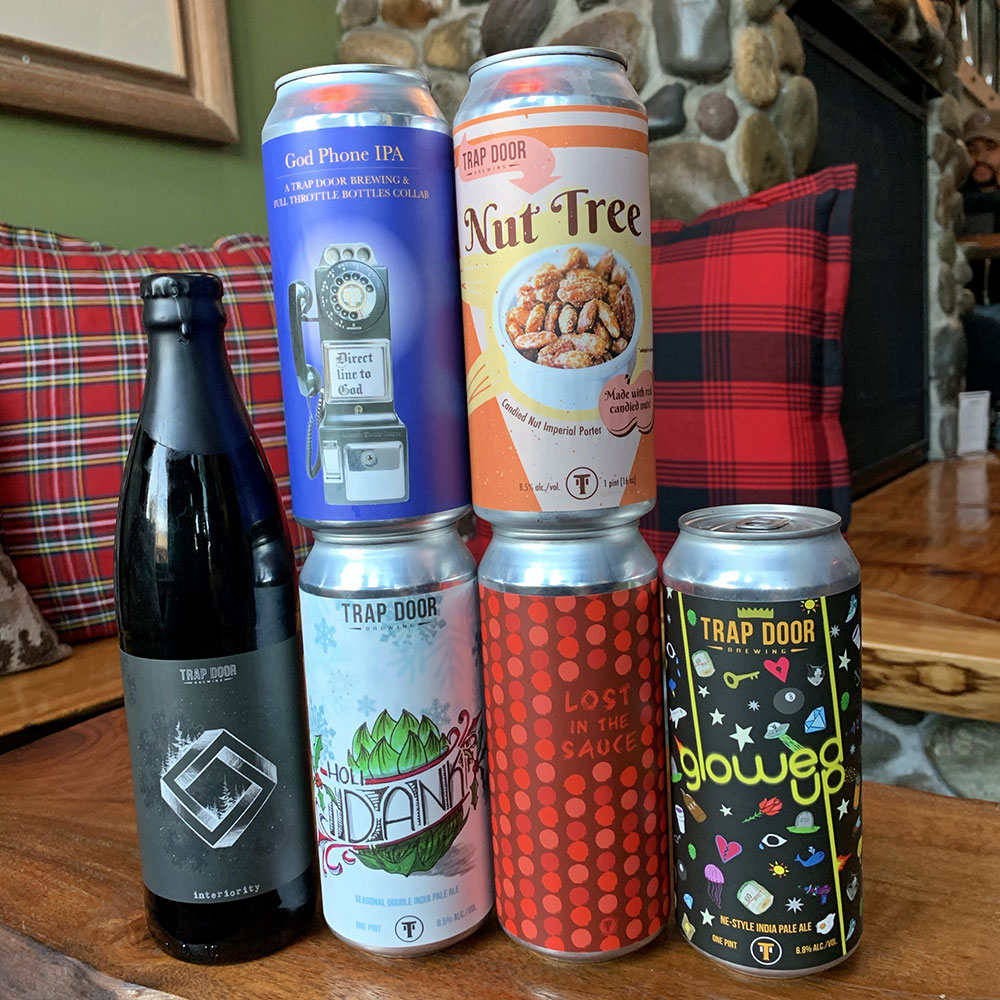 LOST IN THE SAUCE: Kettle sour ale fermented with Brett Brux and Belgian ale yeast, then conditioned on 2 pounds per gallon of cranberry and blood orange pureé. 5%