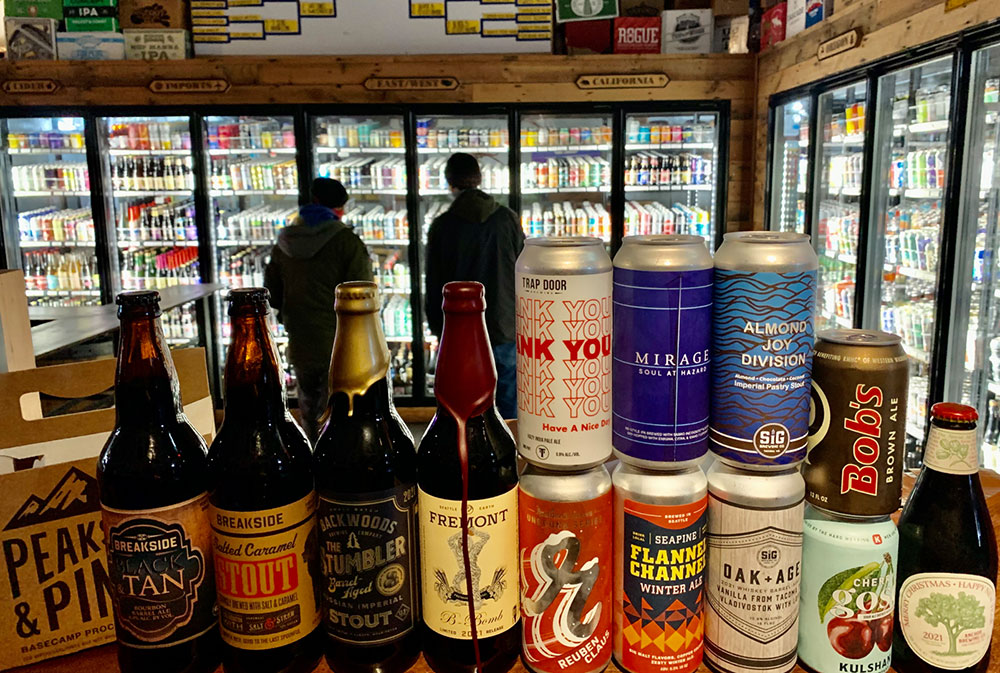 You did it! After 2020’s safely distanced Thanksgiving Day gatherings, yesterday you hosted a large gathering of family and friends. You got through the hugs, toasts, stuffing, and political discussions around the table.  You’ve earned Peaks and Pints New Beer in Stock 11.26.21. Cheers!

Georgetown Brewing Bob’s Brown Ale: Charles “Bob” Hirsch (1984-2005) is the inspiration for this big, chocolaty, hoppy brown having fought cancer for half of his 21 years. Georgetown donates 100 percent of the proceeds to Ronald McDonald House Charities, 6.2%