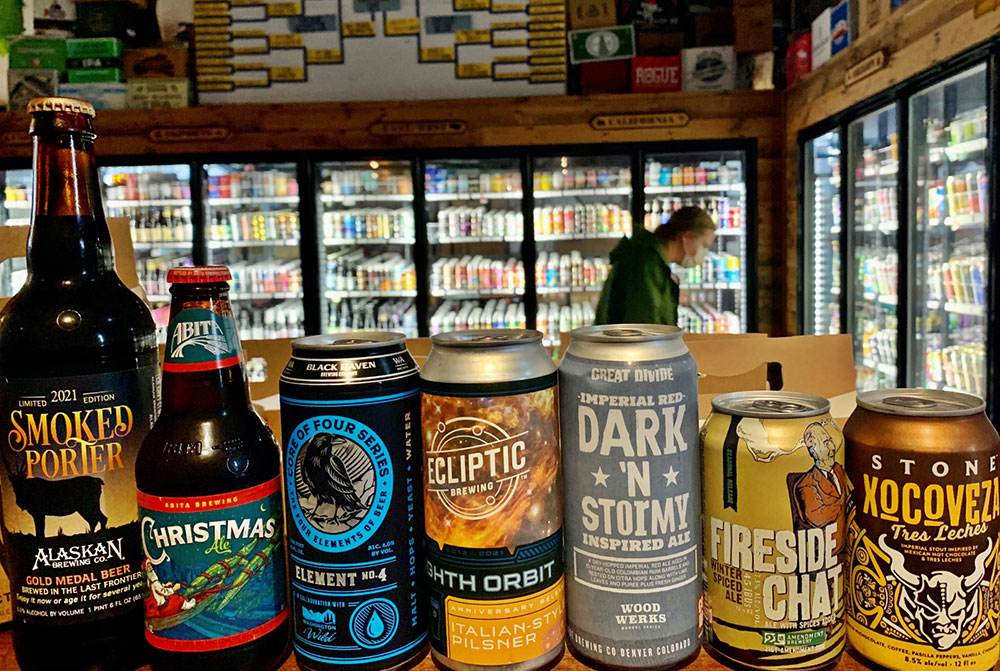 Abita Brewing Christmas Ale: Brown ale brewed with 10 types of malted barley then hopped and dry hopped with Columbus, Cascade, Centennial, and Amarillo for a nice piney and citrus hop flavor and aroma, 5.5%

Alaskan Brewing Smoked Porter: Robust woodsmoke aroma backs up the beer’s name even from a distance with the flavor following suit, though less intensely than the smell, plus roasted malts, molasses, plums, and a puckering charcoal all swim up from this complex brew, 6.5%

Black Raven Brewing Core of Four – Element #4: Water is the final element in the Core of Four series. Built on a clean malt profile, balanced hop character, and a touch of lime, this premium Northwest lager is brewed to be refreshing.