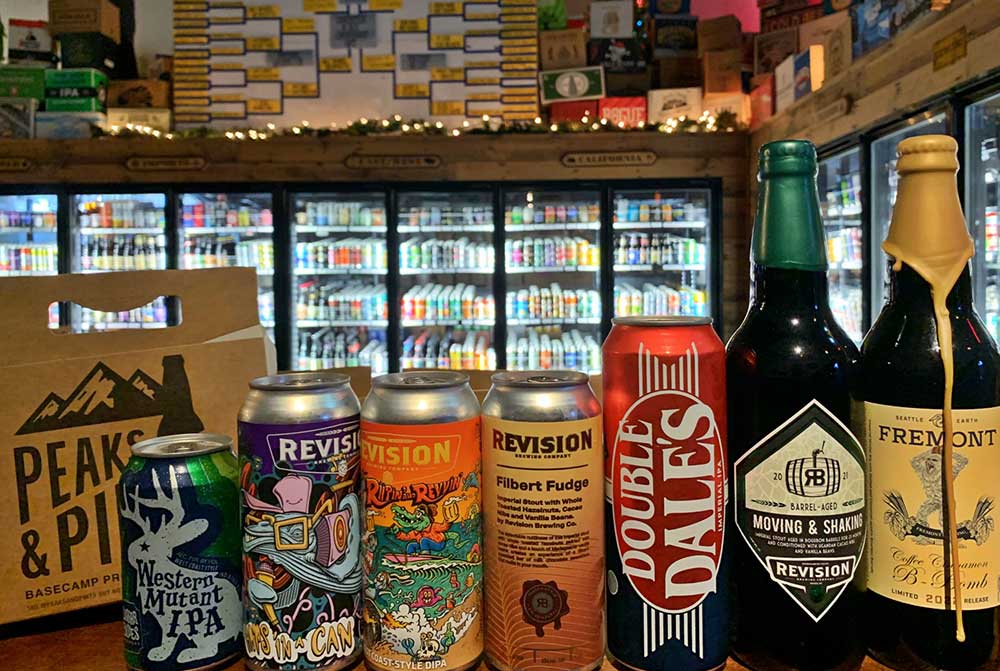 Coming in today for a pint and to stock your beer fridge for the week? You know Peaks and Pints New Beer in Stock 1.18.22 has got you! Let’s run ’em down. …

Oskar Blues Brewery Double Dale’s: This year marks the 20th anniversary of Dale’s Pale Ale, the voluminously hopped, groundbreaking American Pale Ale that holds the distinction of being the first craft beer ever packaged in a can. To mark the milestone, Oskar Blues Brewery announces the release of Double Dale’s Imperial IPA, a double-take on the beer that started fruity and piney flavors from the hops mingling with a caramel-driven malt bill, 9%

Revision Riipin’ And Revvin’: Double IPA brewed with Strata, Simcoe, and Mosaic for notes of sweet mango and diggity pine, 8.5%