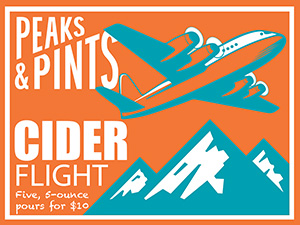 Apricots are a finicky fruit that needs a dry spring, free of the late-spring frosts that can devastate crops. It has an odd ripening habit, softening from the inside out, giving the fruit that candy-in-the-center appeal of so many childhood desires. And the flavor is consistently sweet and potent. More so than other fruits, apricots tend to ripen all together and for a very short window of time so you’ve got to watch them like a fruit-loving hawk. When the fruit has turned a golden, orange color, the fruit has a strong, sweet smell, and is firm but has a bit of give when gently squeezed. If the apricots feel like rocks or are still greenish, let them continue to ripen on the tree. Apricots will ripen after they’ve been picked and there are a few advantages to picking them when they are still a little under ripe: you can get the fruit before the wildlife do (including hungry neighbors); and the fruit is less fragile when picked and transported under ripe. That’s all finer and dandy but how do you drink them? In cider, of course. This week’s Peaks and Pints cider flight is all about the apricot. Enjoy Peaks and Pints Monday Cider Flight 8.6.18: Apricot.

2 Towns Cot In The Act

Holy smokes! 2 Towns Ciderhouse squeezes 50 pounds of ripe apricots into each batch of Cot In The Act. Shockingly (not), it tastes like apricot flesh turned up to 11. Sure, it’s on the sweeter side of semi-dry, but the tart, earthy cider base is fizzy and quick down the throat with sunny, ripe apricot wearing the conductor’s hat with pins of peach, lemon and herbal attached to said hat. No sourness. No funk. Low apple flavor. It’s a flavorful and juicy cider without being sweet. 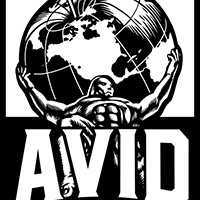 PALATE CLEANSING CIDER: Made primarily from culinary/table apples modern ciders are generally lower in tannin and higher in acidity. Seattle Cider Company, the city’s first post-Prohibition cider producer, delivers delicious modern ciders. With zero percent residual sugar, its Dry is a very dry cider in a classical style. The dryness doesn’t equate to a lack of flavor, however, as it still has a refined apple nature underlined by notes of stone fruits and a light tickle of lilac on the nose. It’s a cider that can stand alongside one of our roast beef sandwiches without losing the flavor battle.

When his North Portland neighbor begged him to take his backyard apples off his hand in 2004, Nat West began experimenting with fermentation, turning the small green apples into hard cider. His friends went nuts. West would go on to hold weekly free cider parties at his house, experimenting on his friends, which ended up at 50 or so people. In the summer of 2011, West launched Reverend Nat’s Hard Cider, most likely the only cidery in Portland. The making of Hallelujah Hopricot starts with heirloom American apples as a Belgian wit-style cider steeped with coriander, bitter orange peel and paradise grains, fermented with French saison and Belgian ale yeasts. On top of that rich base, West adds apricot juice and finishes with whole-leaf Cascade and Amarillo hops. A fresh and fruity concoction not dulled by any sweetening, this off-dry cider is his best-seller, and for good reason.