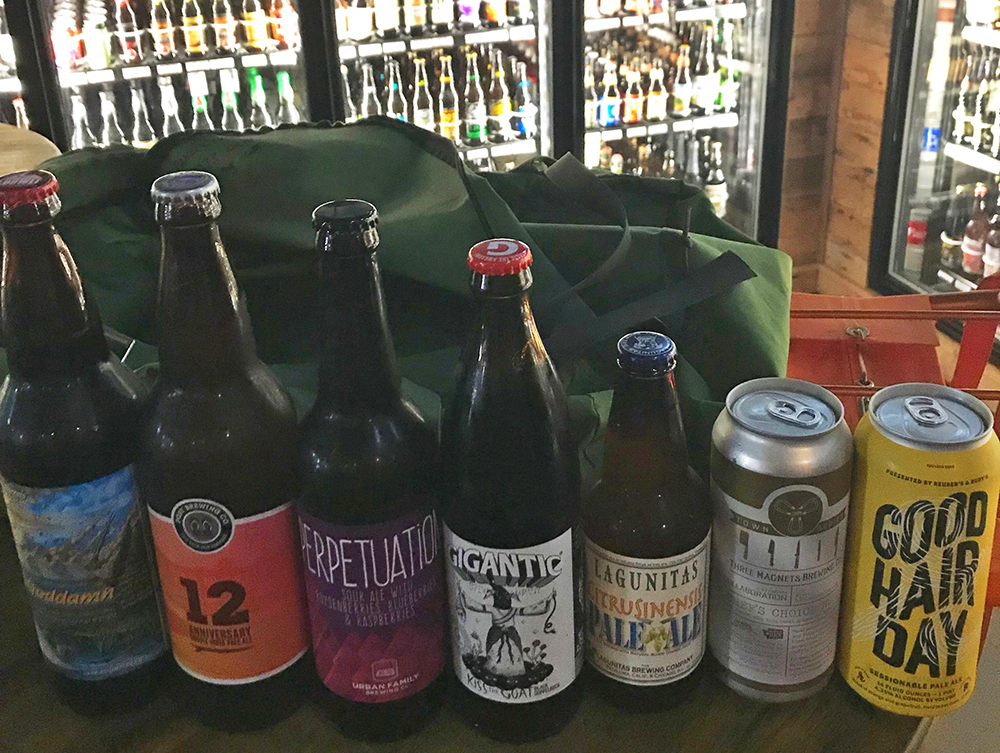 CITRUSINENSIS PALE, Lagunitas Brewing: The brewery took some fresh Sanguinello blood oranges, juiced them, concentrated that juice (without heat) and threw it into a wheatier version of its New DogTown Pale Ale. The end result is a refreshingly hopped pale-ish ale with a huge citrus burst. 7.9%, 12oz

KISS THE GOAT BLACK DOPPELBOCK, Gigantic Brewing: This black doppelbock is smoky on the nose and deep brown black in color. The palate starts with dark chocolate and dark fruit flavors then finishes smooth and a bit dry with nutty character and huge roasted malt flavors that linger on the palate after each sip. 8%, 16.9oz

PERPETUATION, Urban Family Brewing: This is a sour ale with boysenberries, blueberries and raspberries. Like it’s predecessor, it has a focus on a massive fruit character, with a dry finish, and balanced acidity. 5.9%, 500ml

LINK: On Tap at Peaks and Pints today