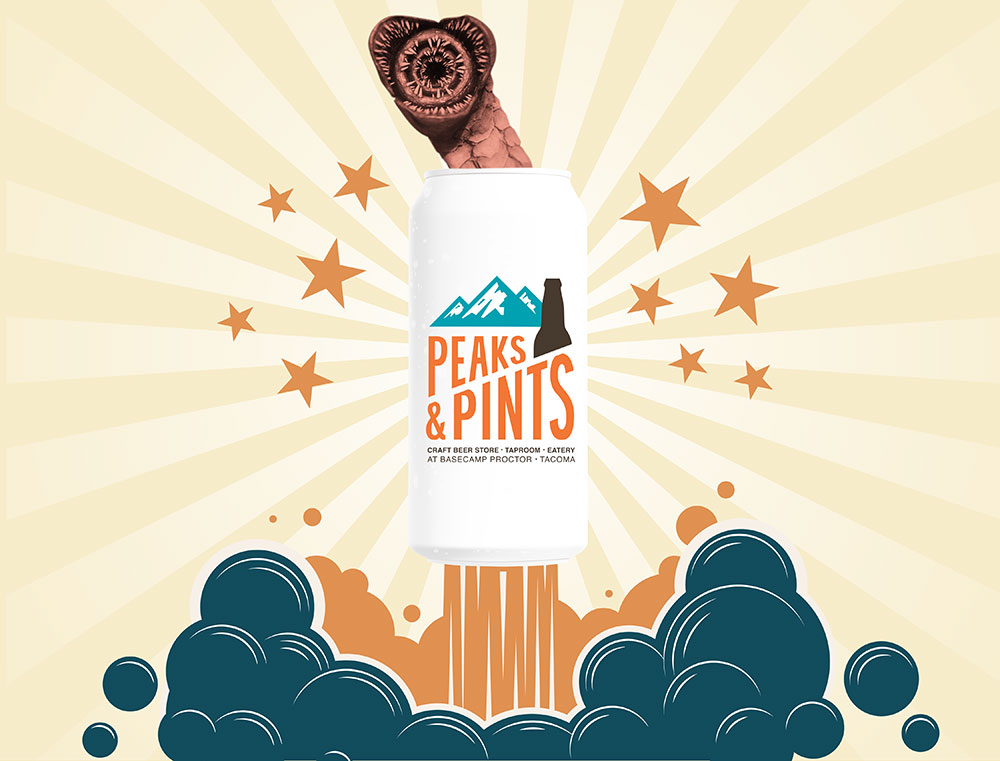 Peaks and Pints will officially launch the 2019 Tacoma Beer Week Sunday, Aug. 11, with the Great Maker hazy double IPA, a collaboration with 7 Seas Brewing, only to return for another “Dune”-inspired celebration Aug. 14 when Peaks’ monthly SudsPop beer education and live music adds sandworms to the mix. Thursday, Aug. 15 marks the annual return of the Hopnificent 6 — this time polishing their balls to take on The Big Lebowski. Education marks Friday, Aug. 16’s event with head brewers, coffee roasters and Cicerones lecturing on coffee beers as the crowd sips them. Sunday, Aug. 18, Peaks and Pints will have the nerve to tap 20 or so ciders as a finale.

The following are the 2019 Tacoma Beer Week events hosted by Peaks and Pints at 3816 N. 26th Street in Tacoma’s Proctor District. …

It has sold millions of copies, is perhaps the greatest novel in the science-fiction canon and Star Wars wouldn’t have existed without it. Tacoma-born Frank Herbert’s politically relevant fantasy “Dune” with its Great Maker sandworms are the inspiration behind the hazy double IPA collaboration by 7 Seas Brewing and Peaks and Pints to kick off Tacoma Beer Week. Actually, more specifically, the double IPA is a nod to Metro Parks Tacoma and Parks Commissioner Erik Hanberg’s newly opened Dune Peninsula — an 11-acre park named for the famous novel by science fiction writer Herbert, who was raised in the shadow of the former Asarco Smelter. Dune Peninsula at Point Defiance and the Frank Herbert Trail are part of a 40-acre, $74.8 million project that sits on the Rehabilitated Asarco Superfund site, which includes a series of six slides that allow visitors to quickly travel from the “peak” of the park to the “sea level” below. Join the two staffs as they toast Tacoma Beer Week’s launch with their delicious collaboration beer.

Peaks and Pints will host a Dune SudsPop Wednesday, Aug. 14 with a lecture by the man who championed Dune Peninsula — sci-fi author and Metro Park Board Commissioner Erik Hanberg — with music by hometown musician Doug Mackey, who grew up in the shadow of Dune Peninsula’s former occupant, the ASARCO smelter. Toss in Tacoma’s historical brewery, Pacific Brewing & Malting Co., and you can’t get more Tacoma than Peaks and Pints’ Tacoma Beer Week Dune SudsPop.

SudsPop tickets are $14 plus tax, which includes the special event beer, nibbles from Peaks and Pints kitchen and, of course, all the Dune and beer education plus live music. There’s a limit of 20 people. Tickets are available at Peaks and Pints.

The Hopnificent 6 vs. The Big Lebowski

>>> Thursday, Aug. 15, Peaks and Pints hosts the annual Hopnificent 6 gathering — this year with more wrist guards and bad comb-overs. That’s right, Dudes and Dudettes! After a spring sipping White Russians in their bathrobes, the Hopnificent 6 — Breakside Joe, Ecliptic Kyle, Fort George Hoyt, Pike Jon, Reuben’s Conrad, and Standard Ken — will burst out of their brewery vans with personalized balls and bags, ready to drink their easy-drinking craft beers, bowl a few frames at Chalet Bowl and then watch The Big Lebowski at Peaks and Pints — WITH YOU! Your night begins at Peaks sipping lagers, wheat beers and pale ales brewed by the six breweries, then bowl many a fame next door at Chalet Bowl, before walking back to Peaks for more beers while watching Jeff Bridges play “the Dude,” a laid-back, easygoing burnout whom happens to have the same name as a millionaire whose wife owes a lot of dangerous people a whole bunch of money. Don a Hawaiian shirt or bathrobe, bring your drinking rug and throw strikes!

>>> Mixing caffeine and alcohol is nothing especially new. Beyond Irish coffee and Four Loko, brewers have been slowly working coffee into the DNA of craft beer, too. Java stouts and coffee porters are now as ubiquitous as American pale ales and Imperial IPAs. Peaks and Pints will celebrate the unification of coffee and beer with Coffee Beer Chat during Tacoma Beer Week. Coffee beers will takeover our Western red cedar tap log, including the coffee beer collaboration between Tacoma’s Bluebeard Coffee Roasters and Bellingham’s Kulshan Brewing.

The event will be also be a fundraiser for healthy waters (dear to both coffee and beer industries) by donating certain amount of the proceeds of this event to Tacoma’s Citizens for a Healthy Bay.

>>> The Peaks and Pints Pacific Northwest Cider Invitational returns to anchor Tacoma Beer Week Sunday, Aug. 18. Peaks and Pints has asked 20 or so cideries to bring their latest and greatest and push the beer off the Western red cedar tap log. Representing Washington, Oregon and Idaho, the Pacific Northwest Cider Invitational will showcase regional variations and plucky endeavors.

Dune sandworm courtesy of Universal Pictures — own it on Blu-ray, DVD & Digital