Did you know that today, Aug. 7, is National Raspberries N’ Cream Day? Neither did we! Truth be told, this fact pisses us off. Here we are, getting ready to celebrate National Raspberry Tart Day Aug. 11, and raspberries and cream has to be like, “Oh! Look at me! I’m special! I’m a parfait! I deserve my own celebration a few days earlier to upstage all of you mere plebeian tarts.” Seriously: Screw off, raspberries and cream. Peaks and Pints will add craft beer to your dumb holiday. We’ll show you! We’ll shine the spotlight on raspberry and vanilla flavored craft beer in what we call Craft Beer Crosscut 8.7.19: Flight of Raspberry Cream. 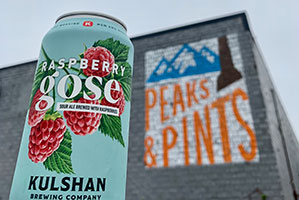 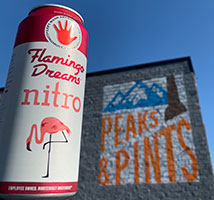 Left Hand Brewing has unleashed a flock of Flamingo Dreams Nitro, a year-round nitro beer that’s the first of its kind. At 4.7 percent ABV, it is super smooth and refreshing with all around great complexity, robustness, and balance of raspberries, black currants, fruity yeast, pale malts, and light earthy hop flavors. Raspberry cream indeed. 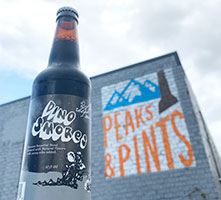 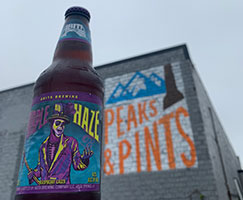 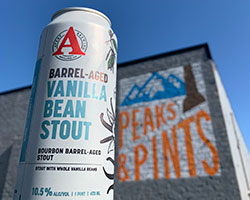 Now a year-round release, Avery Brewing‘s bourbon barrel-aged blend of an imperial stout and a regular American stout flexes its decadent vanilla addition from the get-go, offering a big nose of warm, sticky vanilla, toasted coconut and a flit of whiskey. Vanilla dominates the front of the sip but gives way to smooth milk chocolate, coconut, caramelized marshmallow and hints of roast coffee, followed by coffee, dark cherry and dark chocolate lingering at the end. The barrel takes a supporting role, allowing the oak to just dry out the full swallow, leaving pleasant warmth in the throat.