Peaks and Pints Weather Guy has the snow report for Mt. Baker.

Today’s Morning Foam was compiled while watching something so very strangely satisfying.

FREAKCAKE, Crux Fermentation Project: Ever since its debut in 2013 with the Tough Love barrel-aged imperial stout, Crux’s [BANISHED] series has represented the most avant-garde experimental side of the brewery. This year’s version of Freakcake [BANISHED] has hit Peaks and Pints’ Western red cedar tap log. The barrel-aged oud bruin ale is derived from roasted Belgian aromatic malts, and fruity esters augmented by lemon and orange zest. For a further twist, a Brettanomyces induced secondary fermentation flecked with tart cherries, dates, cranberries, currants, and figs makes for a slightly sour ale. 10.5% 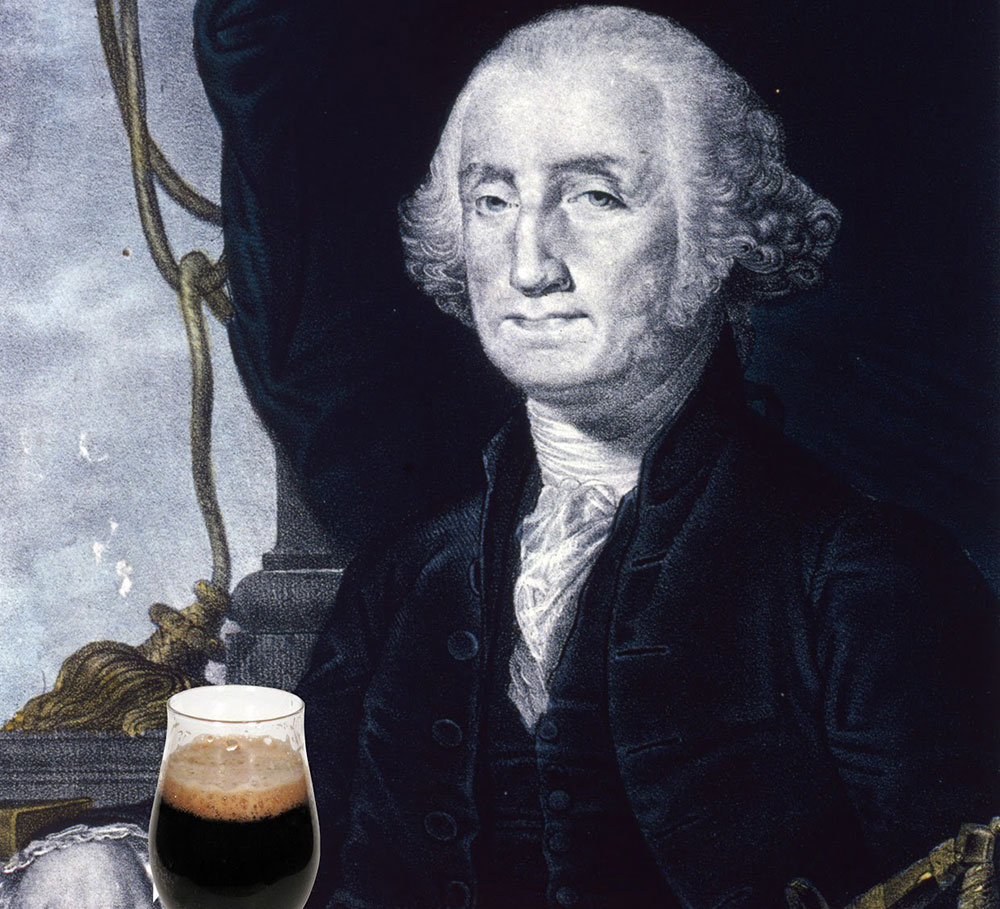 An Aussie simply known as Dean was preparing to board a flight to Perth when apparently the airline informed him that he couldn’t bring his beer can with him. I know… I know. This is heartbreaking stuff. But Dean isn’t one to back down in the face of adversity, no, our hero wasn’t about to abandon his beer in the airport. He did what anyone with steadfast integrity (who is also extra as hell) would do: he checked in his solo can of beer as baggage.

A former Anheuser-Busch marketer who was behind some of the beer industry’s most memorable campaigns says the brewery has missed the mark with its ads attacking Miller Lite and Coors Light for using corn syrup.

Upside down and on the last page of one of his journals, George Washington wrote down a recipe for small beer. The beer had low alcohol content because it was meant for hydration, not getting drunk. In the 1700s, water carried many diseases such as cholera, so many people drank beer instead. Washington’s beer recipe is located in a journal he kept while serving as colonel of the Virginia Regiment in 1757, and he likely served this beer to his troops to keep them hydrated during laborious tasks.

WHAT IS DEMOCRACY?, The Grand Cinema: In Astra Taylor’s new film, What is Democracy?, a barber quotes Machiavelli while gingerly shaving a client’s face. The thought-provoking documentary — presenting the challenges and flaws of democracy from ancient Greece to modern times — is structured as a sprawling series of interviews, is cut with title cards displaying quotes from Plato’s Republic, and dwells with his conception of the “philosopher-king.” 1:30 and 6:15 p.m., $5.50-$9, 606 S. Fawcett Ave., Tacoma

GRIT CITY THINK & DRINK: LIFE FINDS A WAY — EVOLUTION IN CITIES, The Swiss Restaurant & Pub: Drink booze while Dr. Christopher Schell of UW Tacoma discusses the emergence of a field — urban evolutionary biology — and how humans are the essential drivers and arbiters of this composite, yet wholly unique, ecosystem. 6:30-8 p.m., no cover, 1904 S. Jefferson Ave., Tacoma

NEW TALENT TUESDAY, Tacoma Comedy Club: Who says you can’t teach an old dog new tricks? The Tacoma Comedy Club may bring in one big name after another, but the club stays fresh by giving amateurs a chance, too. And there are no hours more amateur than Tuesday’s New Talent night, when the downtown comedy club shepherds newbies through brief sets. Why did the chicken comedian cross the road? To test his wings at the Tacoma Comedy Club. 7:30 p.m., no cover, 933 Market St., Tacoma