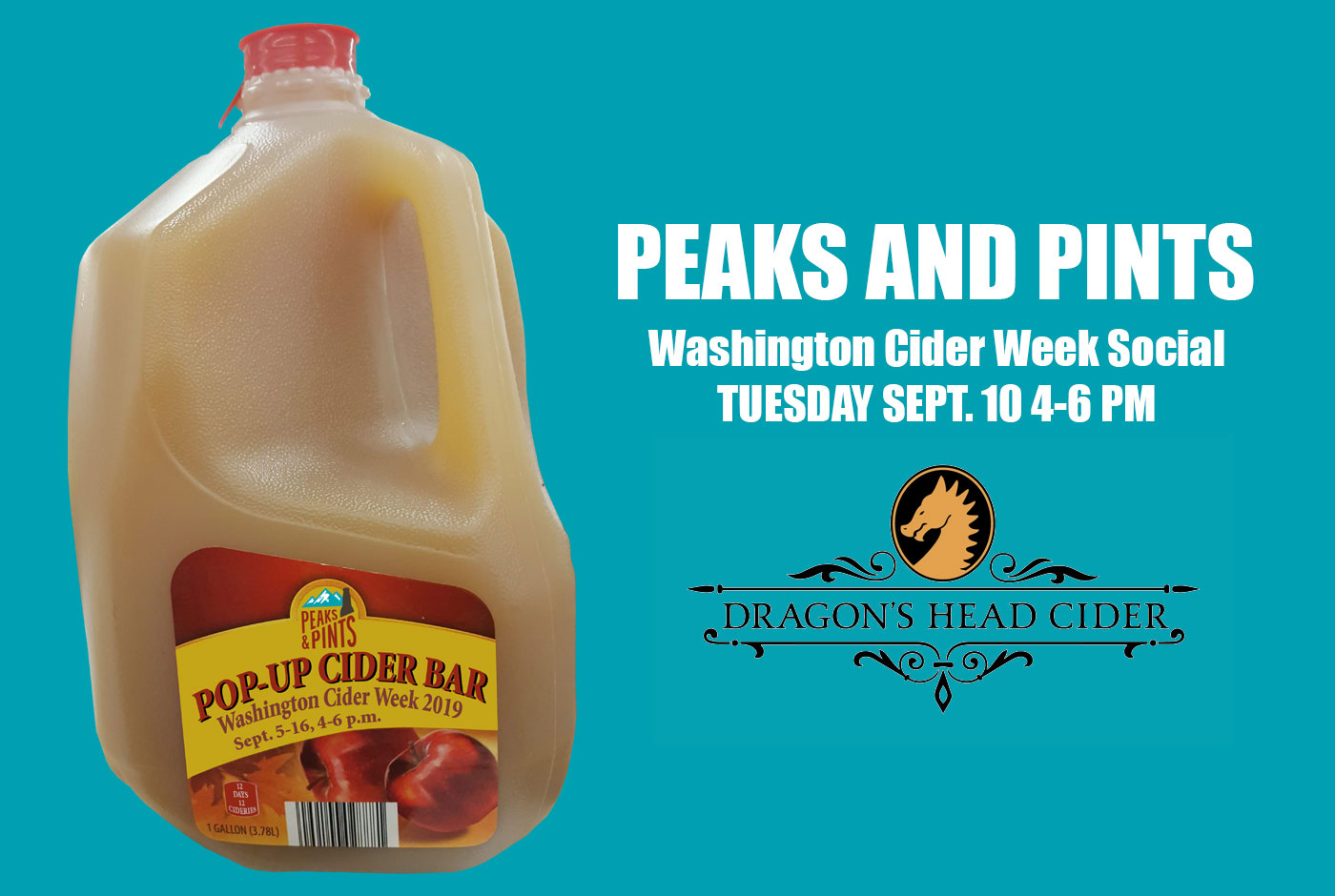 The Northwest Cider Association’s ninth annual Washington Cider Week, an 11-day craft cider celebration, will see more than 85 events ranging from the simple to the significant; from dinner pairing menus to Peaks and Pints Washington Cider Week Socials. Indeed, 4-6 p.m., Sept. 5-16 (we have to include our weekly Monday cider flight!), Peaks and Pints will host cider socials for gluten-shy people to experience a different Washington state cider daily. Over the course of two hours, we’ll tap several draft options from a cidery to fuel discussions, compliment literature or spark new friendships.

Named for the dragon that guards the apples of immortality in the Garden of Hesperides, Dragon’s Head Cider was founded in 2010 on Vashon Island. Ignoring their last name, owners Laura and Wes Cherry planted a beautiful orchard of apples and pears with production held on site. The Cherry’s don’t believe in cold storing their apples; they press during harvest season at its peak ripeness. Once pressed, the fruit ferments in winter, is blended in spring, and ready to be bottled by early summer. Peaks and Pints will tap several Dragon’s Head ciders from 4-6 p.m.