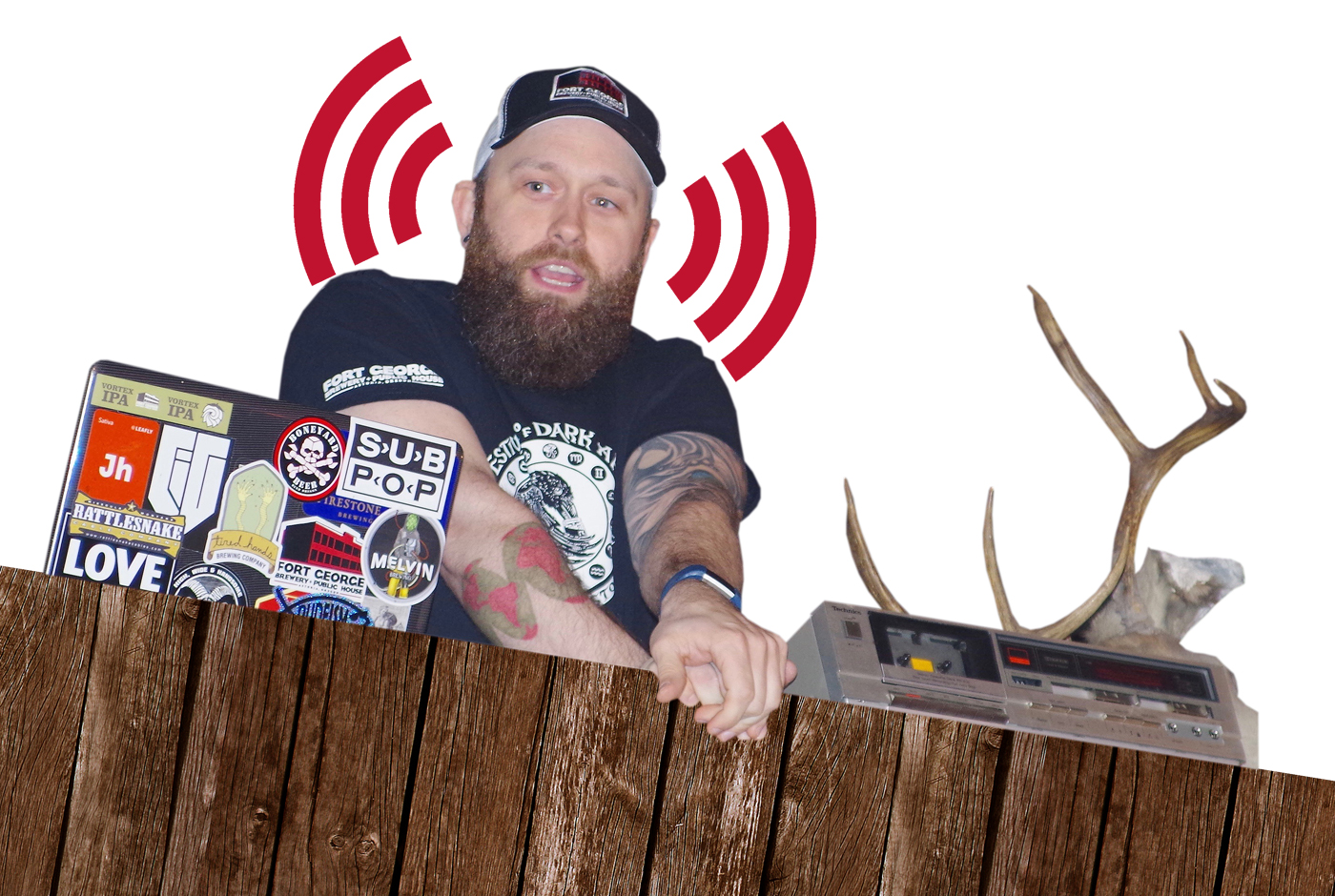 The wide and impressive swath of brewery and band collaborations impresses Peaks and Pints. It’s not just Hanson’s MMMhops Pale Ale vying for our attention. An overwhelming number of brewers seem to favor heavy metal and IPAs (the list is endless), but as the idea continues to catch on, mainstream pop and other musical genres have also started to find representation, and the variety of styles has expanded. Phish, Jimmy Eat World, Guided by Voices, Mumford and Sons, Hoyt Smith, Frank Turner and Hootie and the Blowfish have all jumped on the brewery bandwagon.

Indeed. When homebrewer and Fort George Brewery sales executive for Washington state isn’t doling 3-Way IPA consolation hugs or explaining why people dressed in sci-fi costumes are buying up all the delicious Crysknife IPA, Hoyt Smith is playing lead guitar for Seattle rock band Hounds of the Wild Hunt or spinning records in lounges. Smith brewed his wedding beer at the Astoria brewery and Peaks and Pints will tap it for our next SudsPop VIP Night Wednesday, Oct. 17 — as well as be the musical guest. It’s true. Twenty SudsPop ticket holders will enjoy Girl Of My Dreams pale ale (think Fort George’s City of Dreams with apricots) while listening to Smith jump back and forth between lecturing on brewing beer and performing songs he’s played through the years.

“I kind of geek out on the brewing process as I use to be a homebrew instructor,” explains Smith. “I’ll also discuss Fort George’s brewing processes and beers — especially wild yeasts and bugs involved in our four new saisons we’ll be releasing. I’ll also bring my guitar and amp to take SudsPoppers on a musical journey from the past that might be relevant to their future.”

Please join us 7-9 p.m. Wednesday, Oct. 17 in the Peaks and Pints East Wing for an incredible night of craft beer, song and knowing Smith, laughter.