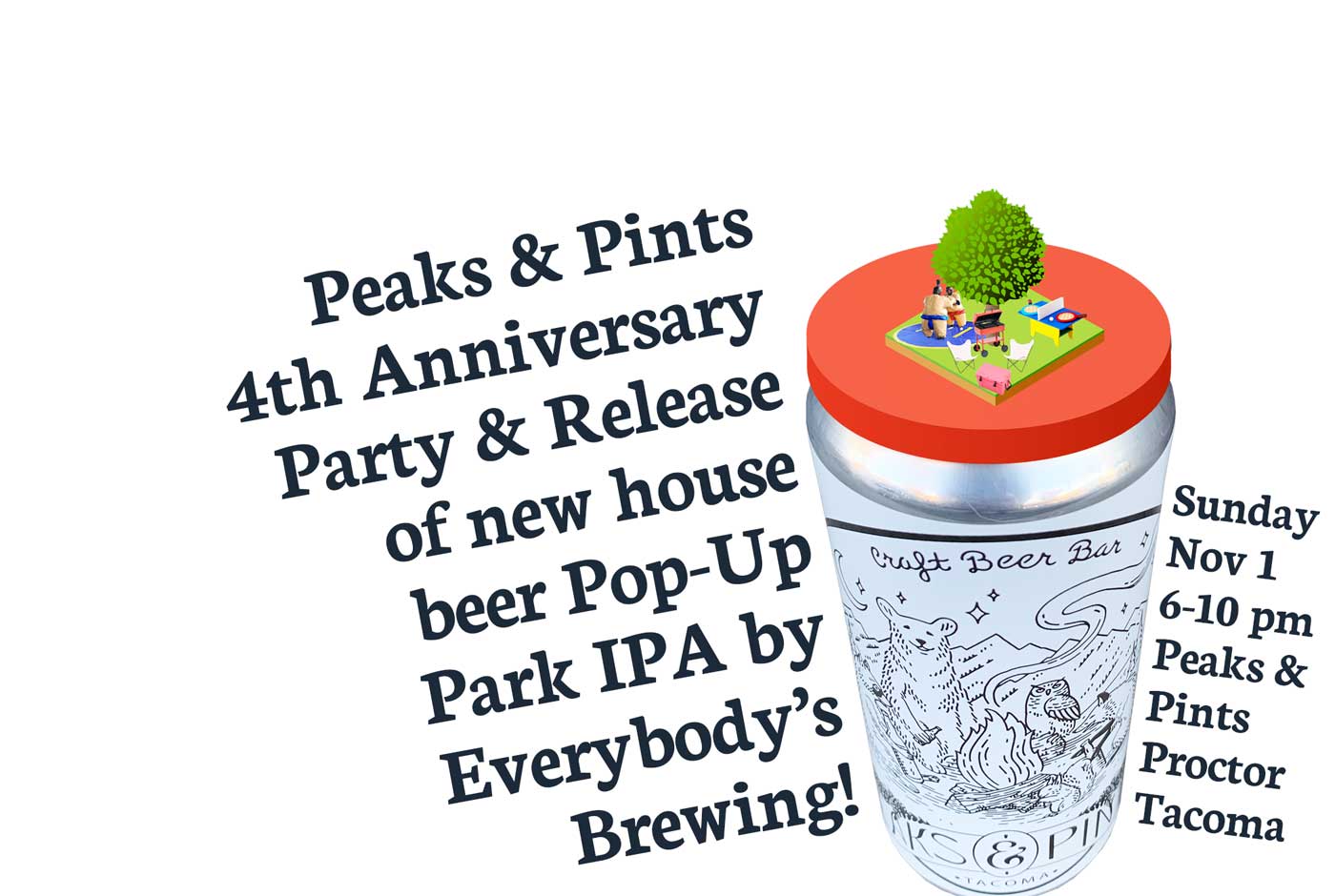 Join Peaks & Pints at 6 p.m. Sunday, Nov. 1 as we celebrate our fourth anniversary with the debut of Everybody’s Brewing Pop-Up Park IPA, our new house beer pouring from line 16 on our Western red cedar tap log, with a special option to have the beer through the Parkway Randle that will be onsite during the party.

This year’s Peaks & Pints anniversary party will be different form past packed parties. We continue to follow strict COVID-19 rules and restrictions. We highly recommend securing reservations through the Open Table app, asking guests to host tables of five friends. We’ll also be filling our Campfire Crowlers with draft beer to go, including the Pop-Up Park IPA through the Parkway Randle. In addition, our cooler will being open for to-go purchases.

“Four years, a thousand smiles, a million moments. These tough times won’t last but what will is this amazing community we’re blessed to be a part of,” says Justin Peterson, co-owner of Peaks & Pints. “Our little craft beer lodge and sandwich eatery has grown and changed, but we continue to be a family. And Robby, Ron, and I, and our awesome staff, thank our guests for being a part of ours.”