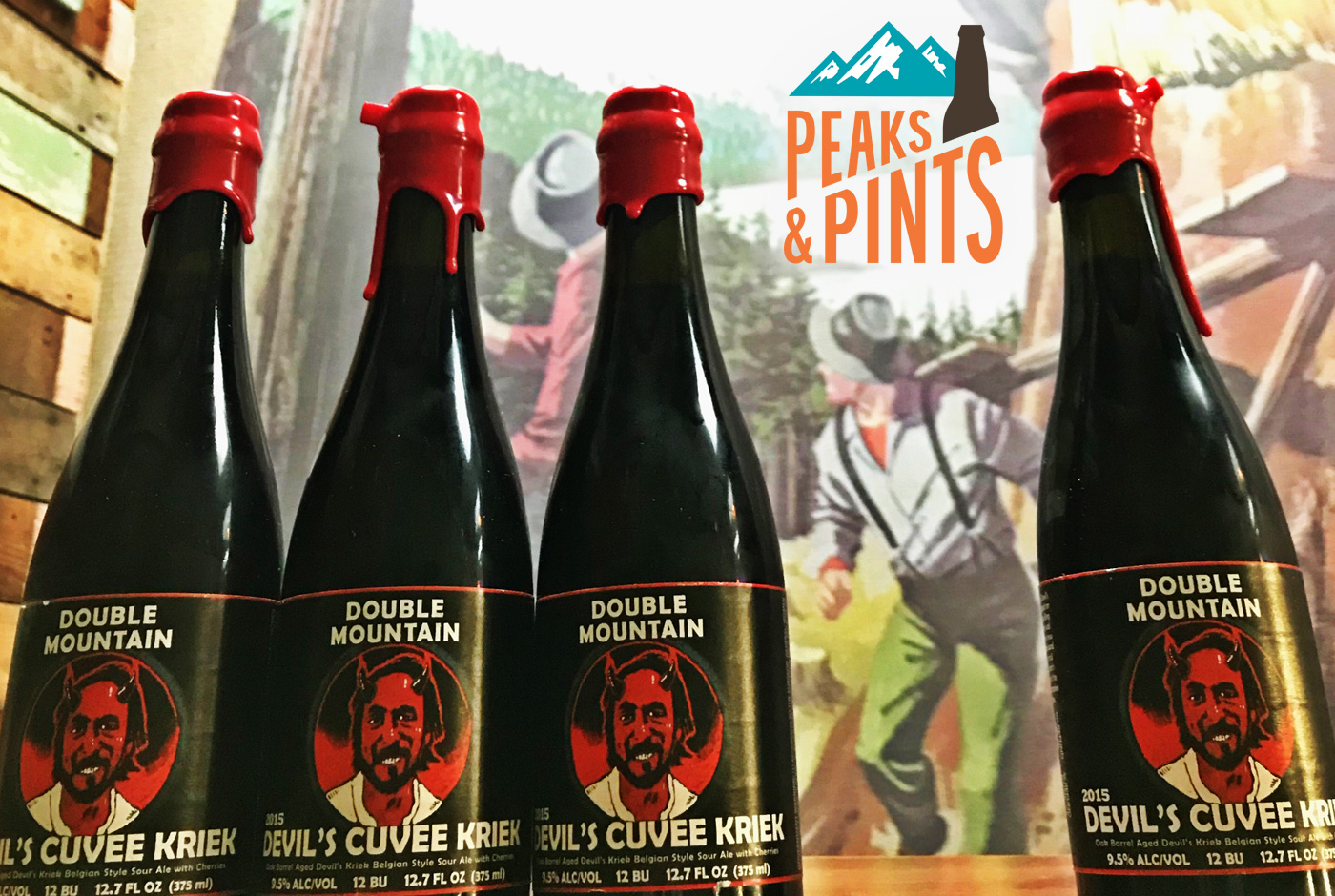 It’s common to see Peaks and Pints co-founder Ron Swarner clomping around the Proctor District bottle shop/taproom/restaurant in hiking boots and a Double Mountain Brewery T-shirt. When describing his vision for Peaks and Pints to his business partners Robby and Justin Peterson, he’d always say, “I want it to look like something straight out of Hood River, Oregon.” Located just an hour outside of Portland, the small, outdoorsy town at the base of Mt. Hood is his dream place to retire.  Close to Portland, quick access to great skiing and hiking, and of course, a great place for awesome craft beer, especially Double Mountain Brewery.

Peaks and Pints will host Double Mountain Brewery at our Lodge Meeting at 6 p.m. Thursday, Feb. 22. Among the Double Mountain craft beers pouring will be Devil’s Cuvee, an oak barrel aged version of the brewery’s Devil’s Kriek Belgian style sour ale with cherries.

Founded on St. Patrick’s Day 2007, Double Mountain has a clear mission: make great beer for craft beer fans.  Ever since then owner Matt Swihart (when not playing guitar in his band GreenNeck Daredevils) has worked hard to meet this mission, focusing on uncompromising beer quality, with ingredients such as two-row pilsner malts from British Columbia, Belgian yeast strains, fruit from Hood River orchards and Northwest hops. Famed for both their hoppy and sour fruit beers such as IRA, Vaporizer and Devil’s Kriek as well as the brewpub in downtown Hood River’s awesome pizza, family friendly atmosphere and live music, Double Mountain has become a top Oregon destination.

Maybe someday Swarner will spend his evenings at Double Mountain, listening to Swihart’s vintage record collection while sipping on a Molten Lava Double IPA and enjoying a slice of Truffle Shuffle pizza after a day of boarding. Until then, there’s this Thursday.