In 2000, Yakima Chief Ranches brought Simcoe into the world as a proprietary hop varietal with strong bitter and aromatic qualities. Little has been released about its parentage, but it has been compared to Cascade. Simcoe isn’t a one-style pony; this variety can do great things in a number of beer styles, and is often used in conjunction with the Cascade, Centennial, Chinook and Citra hop varieties. Although not used much as a bittering hop, many craft brewers favor Simcoe for its unique aroma profile composed of piney, woody, and grapefruit citrus notes mixed with slightly dank and spicy notes of onion and garlic. We certainly enjoy it, and deem worthy of a beer flight — along with its companion hop friends. Craft Beer Crosscut 8.28.19: Flight of Simcoe. 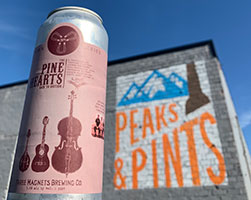 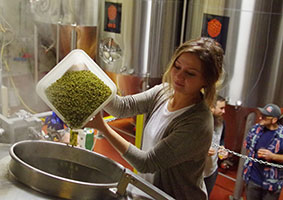 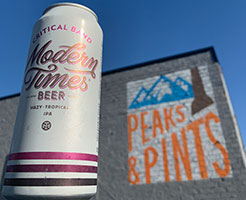 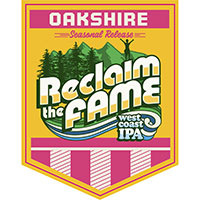 Oakshire Brewing’s Reclaim the Fame West Coast IPA is here to remind us why we fell in love with IPA in the first place. This old school IPA is brewed with Simcoe, Mosaic, Chinook and Falconer’s Flight hops for aromas of tropical fruit and pine resin, followed by all the pine with even balanced bitterness and a drying finish. 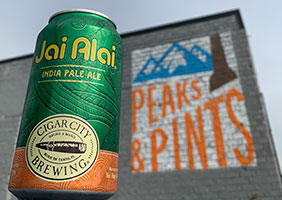 An IPA for Lupulin-lovers, Jai Alai (pronounced HI-lie) blends six different hop varietals in the kettle, then is dry-hopped with Simcoe. It’s named for a game native to the Basque region of Spain (and once popular in parts of Florida) played with curve mitts and balls launched at speeds edging 200 miles per hour. This moniker is appropriate, as a nose placed near this beer feels as if it’s being bombarded with speedily launched aroma particles. Resins in the form of sugar-covered tangerines and sticky grass slam against the olfactory walls. While the grassy, orange-heavy notes of the hops are noticeable, the Jai Alai highlights a strong malt backbone as well. And the Marigold color — what a beautiful sight for a beer!