Tommy Gunn and Tony Aman formed Mythic Valley in 2015. Hailing from Salt Lake City, the duo set out to combine the earnest intimacy of folk with the grit of indie music. Their sound is eclectic, yet warm and personal, echoing the timeless storytelling of Americana, with a modern twist. Inspired by contemporary artists as diverse as The Shins, My Morning Jacket, or Fleet Foxes. The band blends in lush melodies with introspective lyrics and beautiful soundscapes, which you can hear at Peaks and Pints tonight at 8 p.m. Peaks and Pints peeked at Mythic Valley’s tour and crafted a beer flight based for their upcoming shows as a precursor of what we suggestion drinking at each show: Craft Beer Crosscut 6.12.19: Flight For Mythic Valley. This flight is intended to be drunk slow while enjoying the band. Cheers! 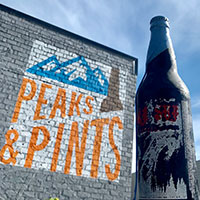 TONIGHT: PEAKS AND PINTS, TACOMA: Mythic Valley’s lead singer, Tommy Gunn, began his career as a solo artist. He re-arranged many of his songs for a full band setting. As you listen tonight, ponder how Gunn’s vocal’s can be both atmospheric and raw in the same song while sipping Tacoma Brewing’s Black Sun Bourbon Stout. The refined Russian imperial stout was aged in JP Trodden bourbon barrels for more than 18 months. The big beer is balanced by a light mouthfeel, low sweetness level and very little alcohol burn. Flavors of cherry, chocolate, malt, molasses, oak and port wine will dance on your tongue, with bourbon as the drum major.

THURSDAY, JUNE 13, LANDMARK SALOON, PORTLAND: Mythic Valley’s current tour is behind their latest album, A Monument, A Dream, which was released last month. The nine-song release “is an exploration of the human spirit, in particular, the concept of existence and commentary on the anxieties that come with trying to live a meaningful life,” according to the band. “Something Sweet,” the seventh track on the album, sings of mystic love, but it could also be describing Upright Brewing’s Sherry Finish Vanilla Quad. The Portland brewery released it on their 10th anniversary, and it’s something sweet. Layers of fruit and caramel notes fill in around the vanilla making for a fun but heavily nuanced flavor. 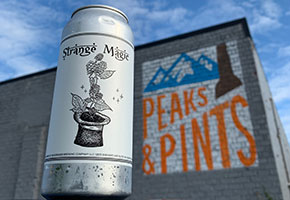 WEDNESDAY, JUNE 19, THE TORCH CLUB, SACRAMENTO: “Magic Truth,” the third track off Mythic Valley’s A Monument, A Dream, repeats the chorus: I hide behind my white shroud / And I’ll tell you the ways / That I don’t have a clue / And shout it through the canyon loud. Trippy, just like Moonraker’s Strange Magic IPA. Moonraker Brewing lies just northwest of Sacrament in Auburn, California, but is easily found in California’s capital city. This New England juice bomb IPA sports all the gobstopper and Wonka vibes with candy notes such as peach rings and gummy bears. 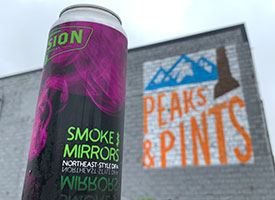 THURSDAY, JUNE 20, PIGNIC PUB & PATIO, RENO: Mythic Valley tags themselves as a neo-folk band, which is a form of folk music-inspired experimental music that emerged from post-industrial music circles. The genre encompasses a wide assortment of themes including traditional music, heathenry, romanticism and occultism, which Mythic Valley grabs bits and pieces from all four. “No illusions here, see with your mind and flavor and aroma receptors what’s really going on,” states Revision Brewing in regards to its Smoke & Mirrors New England-style imperial IPA. Located on the edge of Reno in Sparks, Nevada, Revision excels at IPAs, including this one with Citra, Mosaic, and Amarillo hops forming a power trio of citrus and tropical tastiness in this double dose of liquid, creamy goodness. 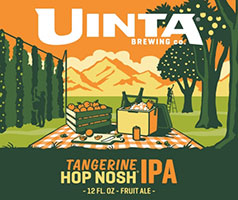 SUNDAY, JUNE 23, GARAGE ON BECK, SALT LAKE CITY: The final show of the tour finds Mythic Valley back home in Salt Lake City, home of Uinta Brewing Co. One of our favorite Uinta beers, Hop Nosh Tangerine IPA, sports a moderately high level of fresh tangerine with a light orange character woven in all tied together with a light bready maltiness in the background. A lingering bitterness is high enough that it almost distracts from the fresh tangerine character, but doesn’t.