India Pale Ales emerged in the 1700s when British brewers found a market for hoppy beers in India and territories of the British Empire. The American spin on IPAs began to capture widespread appeal in the U.S. by the late 1990s. Those early versions in the craft beer movement often focused on sharp citrus and pine flavors. They were intentionally unbalanced and sometimes unabashedly bitter. More recent trends favor hops with a range of fruity, tropical and juicy flavors resembling orange, tangerine, lemon and sometimes even grape, strawberry and mango. Today, Peaks and Pints presents a flight of old school IPAs we call Craft Beer Crosscut 3.13.18: A Flight of Old School IPAs. Yes, we talking bold, hop-forward IPAs straight from the forests of the Pacific Northwest, with pine and citrus aromas. Pine/Piney flavors are most commonly found in IPAs brewed with high amounts of American hops. Many American hop varieties have some pine character to them, such as Cascade hops, which can produce a nice mix of pine, grapefruit and citrus flavors. For bolder flavors of pine, look for IPAs brewed with Simcoe, Chinook or a combination of both hops. 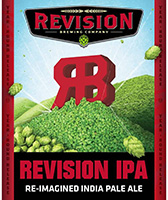 Block 15 Brewing‘s A Nugg Hugg arrives via the Corvallis brewery’s DAB Lab series (“DAB” in this case an acronym for dank-ass beer): a project showcasing its dedication to hop CO2 extracts and cryogenically harvested lupulin powder, a yellowish substance obtained from oil- and acid-rich glands on the hop flower. Explosively aromatic with sweetly dank bud, candied peaches, mango and spruce, its flavor blends subtle pineapple and peach with a not-so-subtle embrace of dank and fruity herbs, finishing with a lingering wave of resinous pine. 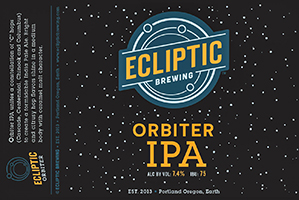 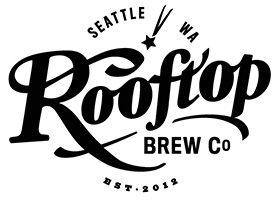 Rooftop Brewing’s flagship IPA, Stargazer, sports five different hop varieties sitting atop the roasty goodness of Victory malt. Darker than your average IPA, this medium bodied IPA hits the nose with earthy hop and pine, followed by notes of pine, caramel, toast, spicy citrus and a bit of grapefruit into the finish.