It’s the day after Valentine’s Day. How do you feel? You should have known eating mac-and-cheese on a holiday made for lovers is like eating ice-cream cake after a funeral. At first, it tasted so good, you forgot how absolutely alone you felt. You savored the flavors, audibly sighing at your ability to cook a basic, yet satisfying meal. This was counterbalanced by the dread you felt scrolling through the hellscape of social media, where all your friends in loving relationships were posting pics of fancy dinners and bouquets of roses. You need a day of light, easy drinking. You need Craft Beer Crosscut 2.15.17: A Flight of Light. 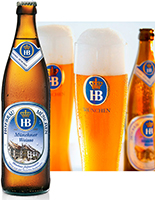 This classic hefeweizen from the storied beer garden in Munich pours fairly clear for a hefe, with only a little haze to filter out the light. Right off the bat is a very yeasty smell. The taste was a bit on the light side of a classic hefeweizen, with undertones of banana and funky bread (in a good way).

This beer from Belgium has a light, pale yellow hue similar to that of white wine. The somewhat light color throws the nose for a loop, as the Blanche Bruxelles has a spiced aroma with plentiful notes of citrus fruit. Once tasted, the spices reveal themselves to be coriander, noticeably so, with a crisp finish that’s easy on the tongue. 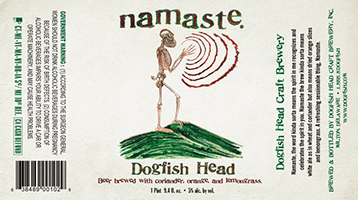 Namaste is a refreshing Belgian witbier, brewed with coriander and peppercorn, perfect for quenching your thirst after a night of overindulgence. It smells like a bowl of fresh cut lemons and oranges, with some slight spiciness from the coriander and just a touch of malt. This is a very light and smooth beer with quite a bit of carbonation, but packed with character. Upfront it is very much lemongrass with a touch of orange, followed by some spiciness and grains.

Tacoma’s Engine House No. 9, now E9 Brewery, has been brewing American wilds for over a decade. Its style of sour beer aging has become one specialty at the Tacoma brewpub that opened in 1972. Apricots Wild is a blend from multiple barrels from E9’s barrelhouse, then barrel aged with apricots from Diamondback Acres. It’s fruity, for sure, with a nice sweet fruit note, and a good balance overall. 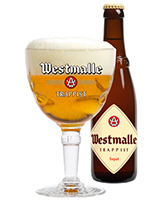 In 1836 the Belgian Westmalle monastery became a Trappist Abbey and began brewing beer shortly thereafter. The holy suds they produced started out as an insider-only deal — a choice beverage to be made and enjoyed by Trappists and Trappists alone, but eventually they decided to expand and opened up a public beer hall in the early 1930s. Westmalle’s Tripel is almost crystal clear, with a golden yellow hue and very little head. Bubbles from carbonation are rather large in this beer. Flavor is soft and creamy, with a bitter touch balanced by the fruity aroma. It’s an exceptional beer, with a great deal of finesse and elegance and a splendid enduring aftertaste.