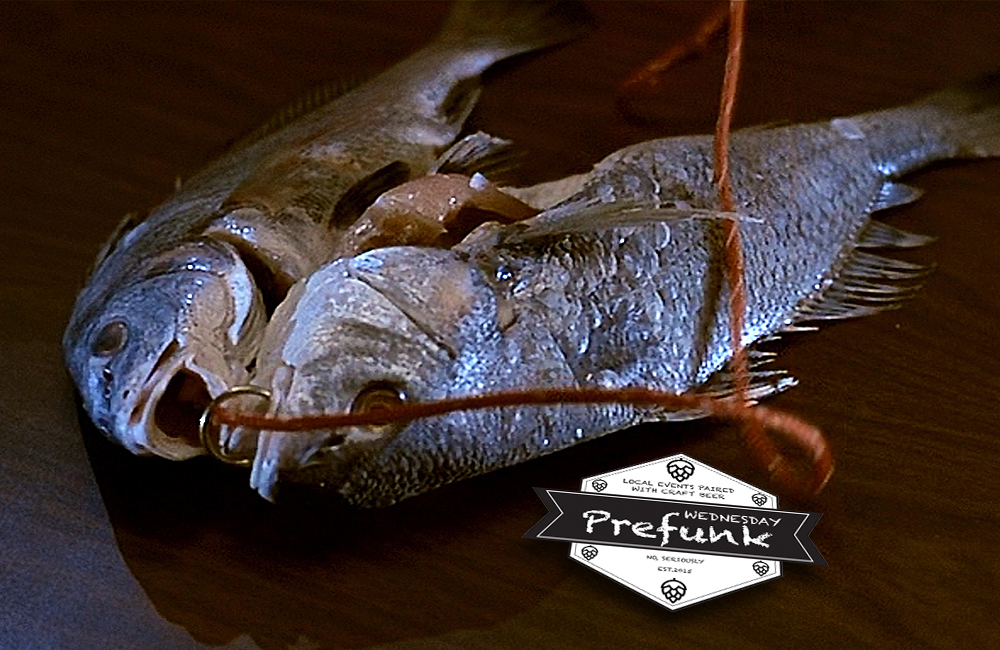 The Grand Cinema + Peaks and Pints = Coen and pFriem

It’s hard to believe Blood Simple is Joel and Ethan Coen’s first film. Suspenseful, wonderfully plotted, complete with a set of unlikable yet intriguing characters, the 1984 release carries a maturity one might expect from more seasoned filmmakers. Yet, the Brothers’ attempt at film noir is spot-on. The cast includes a series of what would become Coen regulars: Dan Hedaya is a Texas bar owner who hires a divorce detective (a wonderfully sleazy M. Emmet Walsh) to kill his philandering wife (the always-amazing Frances McDormand) and her lover (John Getz). Needless to say, things go utterly berserk from there. A series of twisted hijinks unfold, the most eye-popping of which includes a scene with a window, a hand, a knife, a wall full of bullet holes — and a complete disregard for conventional cinema. The Grand Cinema screens Blood Simple at 1:45 and 6:45 p.m. with a post film discussion led by Priti Joshi, professor of English at the University of Puget Sound, in the lower lobby following the late screening.

PREFUNK: Beer at its most basic is composed of just four ingredients: barley, hops, yeast and water. Hood River’s pFriem Family Brewers takes pride in creating brews that go beyond such traditional boundaries. And, that’s certainly reflected in its RyePA, a reference to an added element of malted rye. IPAs in general emphasize the bitterness of hops with herbal, citrus and piney character in their aroma and flavor. Rye adds to that its own complexity of spicy and bready qualities. pFriem’s version has the resiny and grapefruit notes from the hops with the added bonus of the spicy rye giving it a little gingerbread kiss. Peaks and Pints has pFriem’s RyePA in our cooler.

The Good Doctor, Michal Kula’s first novel, is based on the true story of Dr. David Roberts, one of the wealthiest and most respected veterinarians of the early 20th century, as he struggles with the rapidly changing nature of the nation’s agricultural system. Kula will drop by the Anna Lemon Wheelock Library in Tacoma’s Proctor District at 7 p.m. for a chat and sign the book.

PREFUNK: Since starting out of a coffee shop in late 2012, Tacoma Brewing Company has doubled in size every year. Currently, brewer Morgan Alexander brews on a 2-barrel system. Later this year, Tacoma Brewing will be moving several blocks south to an old brick warehouse. Once in the new space, TBC’s goal is to expand distribution beyond the city limits within a year. In the meantime, enjoy Tacoma Brewing’s award-winning IPAs and other brewed treats at the Beach Tavern from 5-8 p.m.

Are you sick of being responsible? Does it annoy you to have to follow rules or be pro-social? Do you like basements? Well, if you are a goofy, degenerate weirdo who doesn’t quite fit in anywhere else, you might consider hanging out at the Obsidian club at 8 p.m. Hardcore bands United Void, Beta Boys, Youth Reg and Impulse Control will do their thing … and you’ll do yours.

PREFUNK: Ex Novo Brewing Co. Brewmaster Jason Barbee, formerly of the Deschutes outpost in Portland’s Pearl District, is known both for his takes on classic styles (including one of the driest, most perfect lagers) and modern West Coast hop bombs such as the Dynamic Duo IIPA series and the juicy Cardinal Sim IPA brewed exclusively with Simcoe hops. That said, Peaks and Pints digs Ex Novo’s Coup de Foudre Saison with balanced fruitiness and a spicy rye kick. We’re not sure what five Ex Novo are on tap at Northwest Beerwerks from 6-10 p.m., we’re certain there won’t be a dud in the bunch.