Despite its name, the barleywine is indeed a beer but at wine strength — ranging as low as 7-percent alcohol by volume in British versions and upwards of 15 percent in American interpretations. Despite its name, barleywines aren’t made with tons of specialty grains, as one might assume. Historically, barleywines are brewed with pale malt, the same malts used for pale ales. Brewers achieve that rich caramel flavor that’s expected in barleywines by extending the length of the boil, which caramelizes the flavors and imparts that deep color. Yeast and hops vary between English-style and American-style barleywines, but either way, the barleywines we drink today are expectedly bold, yet surprisingly complex. Today, Peaks and Pints presents five, 5-ounce pours of barleywines in our Craft Beer Crosscut 2.12.17: A Flight of Barleywines. 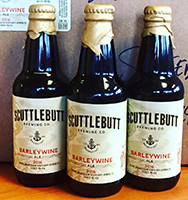 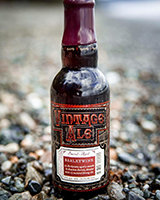 Tawny copper in color with a sweet, toffee like malt character, 7 Seas Brewing’s Vintage Ale Series Barrel-Aged Barleywine is two-thirds of its 12-month bourbon barrel aged barleywine and one-third Strong Stock Ale. The result is rich and smooth on the palate, with notes of caramel, raisins, and sweet whiskey. Mild tannins from the barrel and mellow alcohol lend a pleasant and harmonizing dryness to the finish. 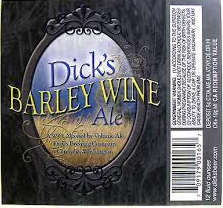 Hair of the Dog’s bold barleywine Doggie Claws has been a winner since it debuted 15 years ago. Bottle conditioned, it hits the tongue similar to the aroma with more toffee, raisins, bananas, molasses and honey.

Ken Grossman and Paul Camusi founded Sierra Nevada in 1979. For nearly a quarter of a century, the brewery has been adamantly pushing their delicious craft offerings through the crowd of generic conglomerates. The timeless Bigfoot Barleywine Ale introduced many from the craft community to the style. Expect a balanced infusion of bitter hops and caramel malts, great carbonation, which make for a dangerously slick and easy-drinking brew.