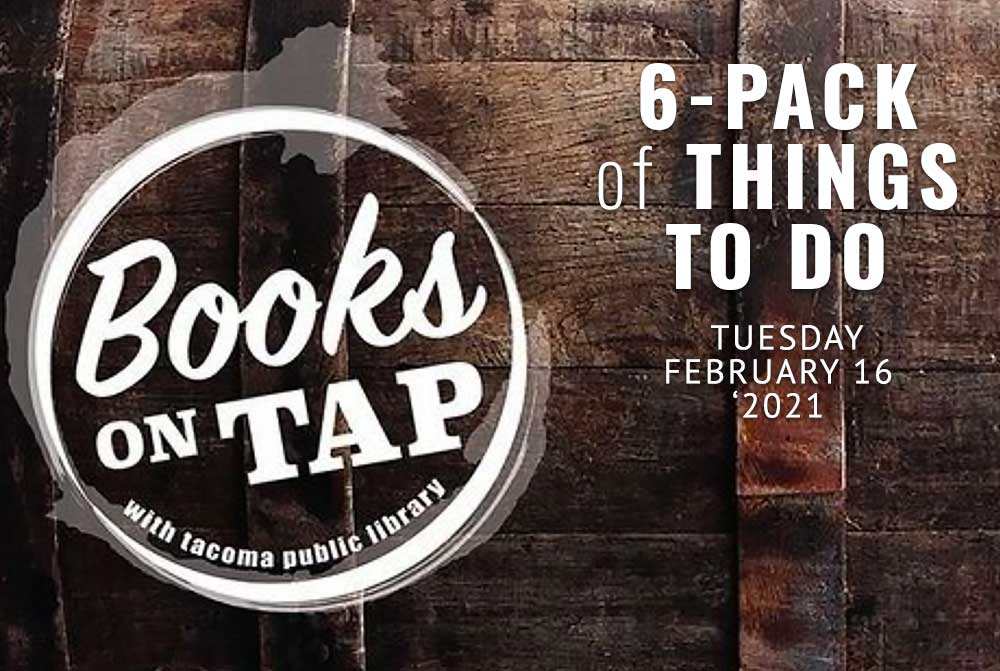 BOOK CLUB: Once again, Tacoma Public Library’s Books on Tap club must skip the beer bar gatherings and meet online to discuss this month’s book, The Queen’s Gambit. No, you’re right. Netflix has Walter S. Tevis’ book as a series. If you haven’t read the book, but watched the series, you know the trials and tribulations of chess prodigy Elisabeth “Beth” Harmon, an orphan whose love of winning is only matched by her love of mood-altering tranquilizers, booze, and non-committal sex. Holy Mountain’s The White Lodge is this month’s suggested beer, and Pint Defiance is the host bottle shop. Cheers! 7-8 p.m., Books On Tap Meet Up, free

BEER FLIGHT: Italian brewer Agostino Arioli learned to brew in Germany. He returned home in 1997 to help start the Italian craft beer movement, drawing on the German pilsners he had already learned to brew. Birrificio Italiano, Arioli’s brewery in Limido Comasco, a small town southwest of Italy’s Lake Como, began brewing the Italian pilsner Tipopils, the original gangster of Italian pilsners, and it is widely given credit for starting the trend. An Italian pilsner is a German pilsner with a greater emphasis on hops, including dry-hopping at the end of its brewing cycle. Pivo Pils, first brewed in 2013 by Firestone Walker Brewing Company in Paso Robles, California, is a legendary early adopter in this country. Today, Peaks & Pints presents a to-go flight of Italian Pilsners — a flight we call Peaks and Pints Pilot Program: Italian Pilsner On The Fly. 11 a.m. to 9 p.m., 3816 N. 26th St., Basecamp Proctor, Tacoma

LECTURE: The University of Puget Sound’s ASUPS Lectures series hosts Talila Lewis, who was recognized as a 2015 White House Champion of Change and one of Pacific Standard Magazine’s Top 30 Thinkers Under 30. Lewis engineers and leads innovative and intersectional social justice efforts that illuminate and address grave injustices within education, medical, and legal systems that have gone unaddressed for generations. Her advocacy primarily focuses on anti-violence, decarceration, and prison abolition. Catch her lecture tonight. 6 p.m., ASUPS Zoom Room, free

TRIVIA: For Tacomans dismayed after streaming every show on Netflix and the ennui that traditionally accompanies it, some other brand of affordable evening entertainment is clearly in order. Luckily, our fair city has a trivia night to show off all that otherwise useless knowledge crowding up your cranium. Every Tuesday night, the Tacoma Comedy Club hosts the appropriate named “Trivia Night.” There will be prizes for the top three teams each week. Play alone, or bring your masked friends and play as a team. 7 p.m., 933 Market St., Tacoma, no cover

FILM: The Grand Cinema will stream Our Right to Gaze: Black Film Identities, a collection of six shorts where the filmmakers gaze at themselves and their world, attempting to make sense of what they see reflected back. From gripping drama to heart-warming comedy, the shorts offer timely stories from Black artists that take us outside of the ordinary. The Grand Cinema Virtual Screening Room, $10, three-day rental