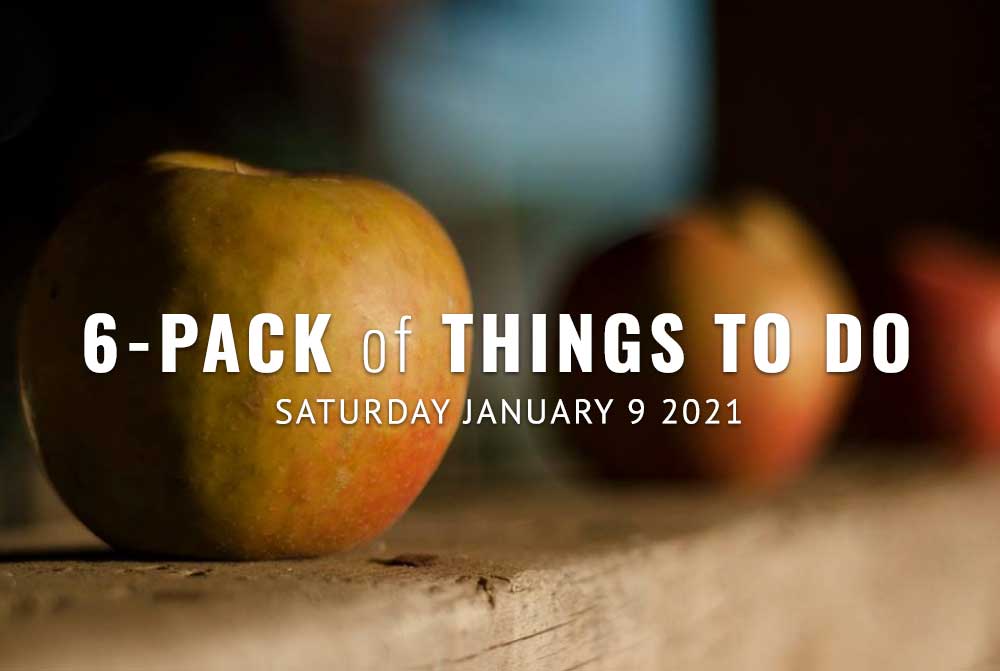 Peaks & Pints be open both physically and emotionally from 11 a.m. to 8 p.m. today for all your sandwich, craft beer, cider and wine needs for today’s Seahawks Wildcard Game and pairing with 6-Pack of Things To Do. Cheers!

BEER FLIGHT: A few days ago, Lowercase Brewing brought in their hoppy Russian imperial stout. Yesterday, Stone’s OG Sublimely Self Righteous and Hopworks Ace of Diamonds Imperial Black IPA landed. The Peaks & Pints cooler is rarely a cage fight for renegade roast versus hoptitude in a single can or bottle. After all, dark beers with a strong hop presence are not easy to brew. One of the complexities that makes hoppy dark beers difficult is flavor and perceived bitterness. The darker roasted grains have their own bitterness, and a very pronounced flavor. Darker beers are driven strongly by the malt profile, as opposed to an IPA that is driven by hops. Debittered or lightly roasted grains are needed for a dark tone, while keeping the body flavor itself not too heavy or the hops will disappear. We should take advantage of the new hoppy dark beer arrivals and create a to-go flight. Stop by our craft beer lodge for Peaks and Pints Pilot Program: Hoppy Dark Beers On The Fly. 11 a.m. to 8 p.m., 3816 N. 26th St., Basecamp Proctor, Tacoma

TACOMA LIGHT TRAIL: More than 50 artists, arts organizations, businesses and downtown spaces have joined the Tacoma Light Trail to create a free exhibition of light installations including projection mapping, video, illuminated sculpture and sheer blasts of light – with available music, poetry or sound to go along with it. The Tacoma Art Museum is part of the Trail with a recording of Tacoma Urban Performing Art Center’s Urban Nutcracker through the museum’s windows. 5-9 p.m., through Jan. 24, tacomalittrail.com, Echoes sound app

PAGE TO SCREEN: Competition is competition. And victory is victory. And tonight’s Tacoma Little Theatre’s Page to Screen reading constitutes the emotional equivalent of a victory lap for the artsy, literary-y, must-wear-black-y set. The victor (literati gliterati, if you will) is local playwright Emily Cohen. She submitted her Buenas Noches Mamá. Tacoma Little Theatre awards it with a champagne and Gatorade bath. Therefore, TLT will virtually read it tonight on their website. When’s the last time someone read you a story? If it’s been a while, log on tonight. 7:30 p.m., TLC’s website, or YouTube, free

FILM: The Grand Cinema opens its Virtual Screening Room to Latvia’s number one box office success of the past 30 years and one of the most expensive productions of Latvian cinema, Blizzard of Souls / Dvēseļu putenis. This adaption of the classical novel by Aleksandrs Grins tells the story of 17-year-old Arturs who enlists to fight in First World War with dreams of becoming a hero. After surviving the brutalities of trench warfare and the loss of his family, he wonders if his efforts in battle were futile and if hope is only to be found in rebuilding a family and a home as Latvia itself is born from the atrocities of war. $10 rental