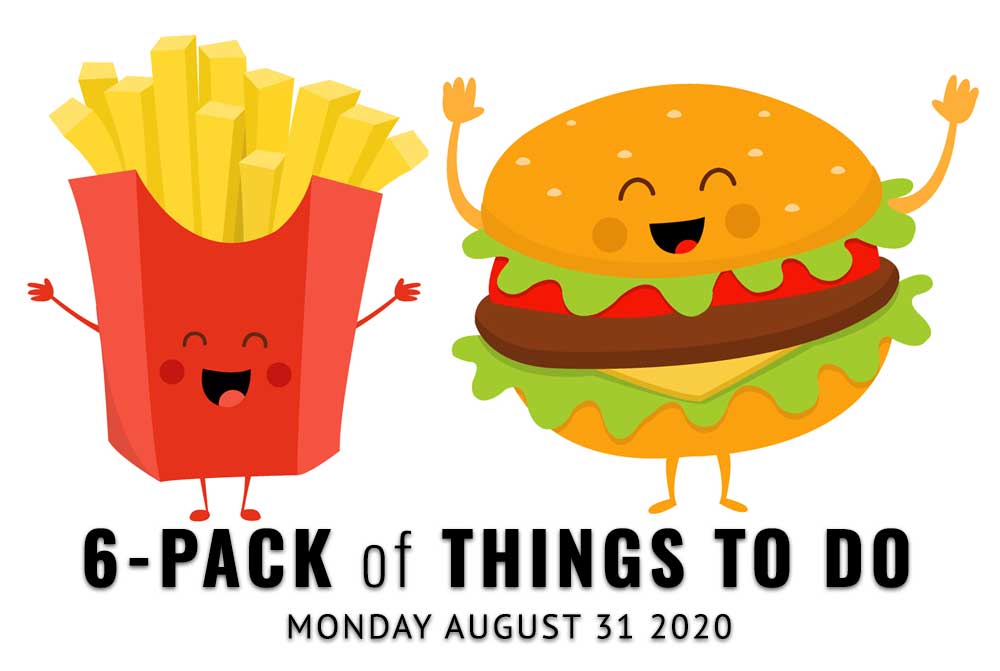 On your screen, you are holding 6-Pack of Things To Do — your key to a screamingly successful Monday summer of fun within easy driving distance.

BASEBALL: Pinch hitter Tim Lopes drove in Kyle Lewis with the tiebreaking run in the 10th inning, and the Seattle Mariners rallied for a 2-1 victory over the Los Angeles Angels yesterday afternoon. This afternoon, Marco Gonzales (3-2, 3.63 ERA) takes the mound for Seattle in the series finale, making his third start against Los Angeles already this season. 1:10 p.m., Root Sports Northwest

BIKING: Risk vertigo and bike over the Tacoma Narrows Bridge built across the narrowest part of Puget Sound. Start the adventure on the Scott Pierson Trail on South 25th Street, one block west of Sprague Avenue. The bike path passes Cheney Stadium, Tacoma Nature Center and War Memorial Park to reach the eastern side of the bridge. Or, you can just start at the War Memorial Park off 6th Avenue and North Skyline Drive, right next to the Swasey branch of the Tacoma Public Library. The bridge is 187.5 feet above the water, depending on the level of the tide. It hasn’t crashed into the water since 1940, so riding across it is likely to be safe. There is also no toll for cyclists.

READING: Buy four cans of Black Raven Trickster IPA from Peaks & Pints. Buy Raven: The Pop-Up Book by Edgar Allen Poe, Christopher Wormell and David Pelham from King’s Books. Drive to Dash Point Park & Pier in Northwest Tacoma and walk back up Sound View Drive Northeast to Poe Avenue Northeast. Stand in the middle of the street and read the book. Head home for an after party with the Black Raven beer.

MOVIE: When legendary writer and adventurer Bruce Chatwin was dying, he called his friend and collaborator Werner Herzog, giving him a parting gift: the rucksack that accompanied him around the world while traveling. Thirty years later, carrying Chatwin’s rucksack, Herzog sets out on his own journey, inspired by their shared passion for the nomadic life. Along the way, Herzog uncovers stories of lost tribes, wanderers and dreamers. Told in Herzog’s distinctive style, the film Nomad: In the Footsteps of Bruce Chatwin is a portrait of one of the 20th century’s most charismatic writers, full of memorable characters and encounters. Stream it in The Grand Cinema’s Virtual Screening Room. $12 movie