Tournament of Washington IPAs: Round One April 13

Tournament of Washington IPAs: Round One April 13: Consider the IPA, or India Pale Ale. Brewing lore traces the history of this beer back to British colonial days. IPA is a beer of English — not Indian — origin. Its predecessor, a lightly-hopped style known as pale ale, was one of the most popular styles in Britain in the early 1700s. Around the same time, the British Empire began establishing itself in India, and when the East India Company began heavy trading, it wasn’t long before there was a great demand for beer among Englishmen living abroad. But trips by ship to India usually lasted around six months — a very long time for unpasteurized beer to sit, unrefrigerated. Constant temperature changes and rocky seas did nothing to help the situation. By the time most beer finally reached its destination, it had become flat and sour.

The solution to this vexing issue was eventually found in one of beer’s main ingredients: hops. After much experimentation, it was discovered that the bitter cones not only add aroma and flavor to a beer; they also have preservative qualities. By the 1760s, brewers were being advised that it was “absolutely necessary” to add extra hops to beer if it was being sent to warmer climates like India. “Pale ale as prepared for the Indian market” eventually began to appear on tap lists across England, and around 1830 the clunky name was shortened to “East India Pale Ale.”

In 1975, California’s Anchor Brewing was struggling against the tide of American light lager and determined to keep their novel brewing techniques and unique ales flowing. They had introduced Anchor Porter in 1973 and wanted to follow that beer up with an American take on a British pale ale to commemorate the 200th anniversary of Paul Revere’s Ride. Anchor’s iconoclastic owner, Fritz Maytag, paired a pungent new hop Cascade with dry-hopping techniques he adapted from those learned during a research trip to England. The distinctive Cascade character was underlined with an understated malt flavor, and Liberty Ale would unexpectedly become a template for the first modern IPA.

Which brings us to day five of the Tournament of Beers, featuring 64 Washington state IPAs competing in the mother of all Washington IPA brackets. Below is a recap of yesterday’s IPA action followed by eight new IPAs hitting the court today.

Aslan Brewing and its hazy, juicy Batch 15 IPA kept a steady push on Bainbridge Island’s Windfall Grapefruit IPA from the opening tip-off and all they way until the last Bavarian beer brat was served in its taproom. It was a bold move for Bainbridge Island Brewing not to set up a voting both at the ferry terminal, but instead rely on its refreshing grapefruit IPA as much as they could. With 73 percent of the votes over

At halftime, FarmStrong Brewing’s Stackin’ Hay IPA had a five point lead over the confident Wander Brewing Shoe Toss Rye IPA. A constant stream of Cubano Cubano food truck dishes entered Wander’s “Brew Hall.” Wander’s brewery dog was wagging its tail. Life was good. Then, the work bell rang and the Skagit Valley farmers decided not to head home for supper, but rather point their cars toward FarmStrong Brewing Co. Maybe it was the weekly Wednesday taproom trivia game. Or, more likely, their Stackin’ Hay IPA with Northwest flavors of grass, pine, grapefruit rind and spruce needles. Whatever the reason, FarmStrong pushed it, and the votes poured in. At the final buzzer, with 63 percent of the votes, FarmStrong’s Stackin’ Hay IPA had a clear path to the Second Round.

No doubt Everybody’s Brewing will be happy AF today. Good thing the Columbia Gorge brewery didn’t know their tournament status yesterday or they would have been nervous AF. This game was close AF all the way until the final minutes. Maybe if everybody’s didn’t push its Get A Pear Farmhouse Ale so hard it wouldn’t have been a close game. Maybe if Old Schoolhouse’s Brewer’s Reserve Imperial IPA wasn’t so damn delicious it wouldn’t have been a close game. “Life can only be understood backwards; but it must be lived forwards” someone said, probably Beyoncé. Hoppy AF moves into the Second Round.

In a battle of Highway 82, not surprisingly the institution embedded in a hop field emerged decisively victorious — with Bottomcutter IIPA cruising to victory and securing roughly 68 percent of the vote by the time things were said and done. Luckily for all of us, Iron Horse Brewery doesn’t need the Tournament of Beer to get by … it’s got Irish Death, an employee funny ramblings blog, not to mention a tasty Finger Gun Session IPA The high-powered Bale Breaker moves on to the Second Round.

Let’s check the fermenter. The following are advancing to the Second Round:

OK, pour a pint and dive into today’s First Round IPA battles. Vote for one IPA per game. Voting for today’s IPA battles ends at 11:45 p.m. today.

Player Stats: We’ve been meaning to ask 7 Seas Brewing’s owners Mike Runion and Travis Guterson if they pondered naming their double IPA “Great Ballz of Fire.” After all, a fire in their Gig Harbor brewery set them back six months for their 2008 opening. No matter. They’ve been on fire ever since, offering Washington state its first canned craft beer, brewing in a sustainable manner, and operating production and taproom facilities in downtown Gig Harbor and downtown Tacoma. They’ll coming out blazing today with their number one seed Ballz Deep pounding the court with 8.4 percent caramel-sweet malts, dank pine and citrusy finish. 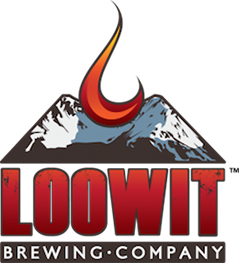 Player Stats: Founded in 2010 and established in 2012 by Vancouver residents Devon Bray and Thomas Poffenroth, Loowit Brewing Company help launch a revitalized downtown Vancouver, Washington. Shadow Ninja Rye IPA was one of three first Loowit craft beers released but it took a few hours for anyone to notice because it’s a Shadow Ninja IPA. Eventually its deep pine/earth nose aroma announced its presence. You see it moves with earthy hop ninja quickness, with modest sweetness and a touch of rye spiciness … until Friday, March 25, 2017. Shadow Ninja was stalking the downtown Vancouver brewery, because stalking is in its nature, when suddenly something stealthier pulled Shadow’s label off. Vancouver illustrator Kyle Shold held up the label and slapped a new one on. Gasps revealed a name change. An Asheville Brewing trademark infringement forced Loowit to change Shadow Ninja IPA to Shadow Shinobi IPA. Same recipe. Different name and artwork. Will 7 Seas Ballz Deep freak out and lose a “z” over the new design and name? Will Ballz Deep notice the Loowit beer crouching in the shadows? No, impossible. It’s still a ninja.

Player Stats: Two of Three Magnets Brewing Co.’s best — founding head brewer Pat Jansen and bartender Grant Bolt — left the popular downtown Olympia brewery to launched Matchless Brewing in Tumwater late last year. They began brewing craft beer as they built the joint, releasing All Fluff IPA, a Northwest take on a New England-style IPA. They couldn’t keep up with the orders. Then Matchless released No Fluff IPA, the same easy drinking IPA as All Fluff but just the clean and clear older brother. Just as its younger brother, No Fluff starts with a big ripe fruit character on the nose and follows through on the palate with notes of mango and pineapple. Though full of fruit character it finishes with enough of a bite to remind you that it’s a beer from this coast. 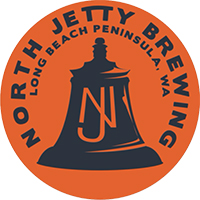 Player Stats: Here’s what we know about North Jetty Brewing in Seaview on the Long Beach Peninsula: Erik and Michelle Svendsen began brewing in 2012, added a taproom that’s always lively in April 2014, employs an awesome sales rep Alexis Ferguson and the power went out while they were brewing their double IPA. Lights Out is a true double IPA with a solid malt backbone balanced out by Cascade, Centennial, and Simcoe hops. It has a sweet side with syrupy caramel malt and resinous hops out back. We’ve hung several times at North jetty’s taproom. It’s chill, kicking back in flip-flop, toasting sand castles and kites. With a clientele that includes every fishing vessel crew, and a Lights Out IIPA, it will make a run for the title if it feels like it.

Player Stats: Early on in craft brewing, brewers tried to outdo each other in creating the most resinous, dank and intensely bitter beers imaginable. These days, however, brewers embrace the full potential of the humble hop, using new varietals and nuanced techniques to create hop-forward beers that don’t wreck your palate. Enter Lush IPA. Fremont Brewing brewed this fresh beer to plop us on a tropical beach away from gray and rainy winter skies. It did exactly that in spades. It was on the tip of every tongue in Washington state both in speak and in taste — pine, grapefruit, mango with a finish of herbal notes. It’s creamy, light bodied, lively and, well, lush.

Player Stats: George and Jane Hancock opened Maritime Pacific Brewing Company in 1990, making it the oldest brewery in Seattle’s Ballard neighborhood. The brewery sold 400 barrels that year. In 2010, they packed up the goods and sailed down the street to a location just west of 15th Avenue. Today, their Jolly Roger Taproom — a brewpub meets pirates’ lair, complete with a treasure map painted on the floor — is a beloved fixture in the neighborhood, and the 40-barrel brewhouse produces around 8,000 barrels per year for its taproom and distribution throughout the Puget Sound and Eastern Washington. Maritime Pacific’s Imperial Pale Ale is a moderate, refreshing ale with noticeable hop aroma balanced by supporting malt flavors. It drinks like an IPA — hoppy, crisp and citrusy. 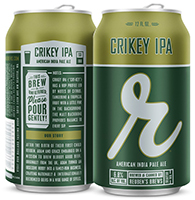 Player Stats: A few arguments have broken out over Crikey’s placement in the Tournament of Beer. Since it’s a publically seed bracket, all we can do is to make sure everyone says safe. “Bodhi’s a bum. Crikey is the real deal.” That was actually screamed as he walked out the door. We’d certainly never call Georgetown’s number one seeded IPA a bum, but we would agree Crikey is special. An argument can be made Reuben’s Brews‘ Brewmaster/co-owner Adam Robbings and his brother-in-law, Mike Pfeiffer, don’t make a bad craft beer. Ever. Crikey is a prime example. It’s bouquet bursts of resin, fresh sliced grapefruit and sweet, tropical scents. The aroma carried through to the palate, with its hop-forward focus gifts grapefruit, orange and bright grassiness. The bold flavor culminates in a bitter backend that can be described as a truckload of Cascade. 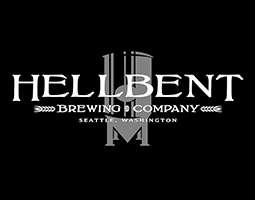 Player Stats: May 30, 2015, Hellbent Brewing Company opened in Seattle’s Lake City neighborhood. Our love affair with Hellbent began that day as we soaked in sun rays and IBUs sunk in a couch in the brewery’s back parking lot. Good times. It wasn’t until a sample bottle of Dang! Citra IPA made it to our 2016 Thanksgiving dinner that we pledged our undying love. The hops smacked the tryptophan with toasted caramel, bright grapefruit and orange. Dang! It’s a cloudy, full-flavored IPA

Be sure to click the blue DONE button after selecting your favorite IPAs! 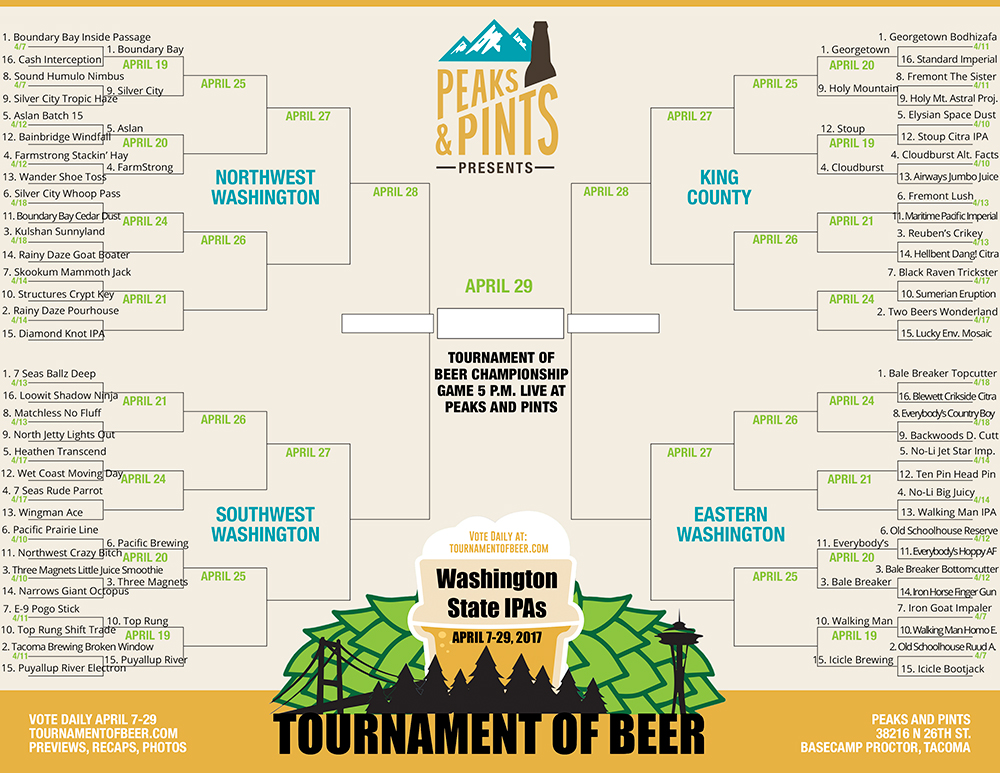