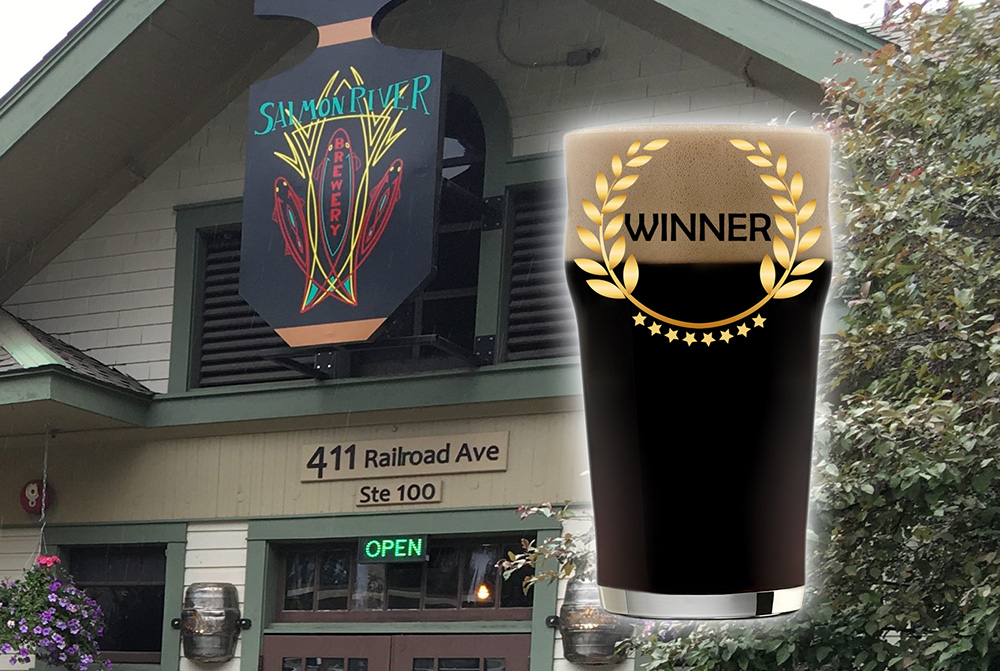 The subject of porters is, like the subject of barbecue, vexed and fraught with controversy. What constitutes a great porter? Who makes the best? Everyone seems to have her or his own favorite, and everyone’s an expert. In March, we pulled the public asking what are the top 64 porters in the Northwest. You chimed in. Friday, April 6, we launched the Tournament of Beer: Northwest Porters, pitting your 64 porters against each other, similar to the NCAA Basketball Tournament, only with more Wyeast 1968 (London ESB)/White Labs WLP002 (English Ale) yeast strains. We’re into the third week of action, and we’re deep into the Second Round. Below is a recap of yesterday’s action. Eight new porters will do battle Monday, April 23.

In a back and forth match-up pitting two fairly evenly matched porters (at least in the eyes of voters, it seems), Reuben’s Brews’ Robust Porter, with all the beer awards ever invented, grabbed 52 percent of the vote. The loss has to be especially tough for Schooner Exact, as they entered the Tournament of Beer with plenty of hype over Seattle restaurateur and entrepreneur Marcus Charles steering the ship in a new direction, and an über popular porter. Reuben’s Brews’ Robust Porter has its sights on the champion game, as it should.

Wingman Brewers celebrates its seventh anniversary today with P-51 Peanut Butter Cup Porter on tap, as well as it’s other Tournament of Beer nominated porter, P-51, and S’mores P-51 Porter, a version of the S’mores Porter we brewed with Wingman last summer. There will be plenty to celebrate at Wingman today, including Peanut Butter Cup’s huge win over fellow Tacoma brewery, Pacific Brewing & Malting Co. With 74 percent of the vote, Wingman’s Peanut Butter Cup Porter moves into the Sweet Saccharification 16.

There was a lot of Buzz at Salmon River Brewing in McCall, Idaho. And by buzz we mean Buzz Buzz Coffee Porter chatter chatter. Laughing Dog Brewing’s Pecan Porter might have had a chance if it faced Buzz Coffee Porter. But, Buzz Buzz? No way. The 6.2 percent ABV mocha nabbed 57 percent of the vote and moves into the Sweet Saccharification 16.

Fort George co-owner Chris Nemlowill and Zetty McKay fell in love over coffee and beer. Zetty once owned a coffee shop in Astoria called Coffee Girl, and Chris worked for years as a barista before becoming a brewer. It’s safe to say Nemlowill knows coffee. His Working Girl Porter is brewed with more than five pounds of Working Girl coffee beans. The beans were put into both the mash tun and the kettle to create a light coffee aroma and coffee aftertaste in this diverse porter. With additional hints of chocolate and rye malt, this porter had all the buzz needed to beat Breakside’s Braggadocio Porter. Working Girl Porter and its 56 percent of the vote moves into the Sweet Saccharification 16.

The Tournament of Beer: Northwest Porters takes the weekend off, with more Second Round action beginning Monday morning. Cheers! 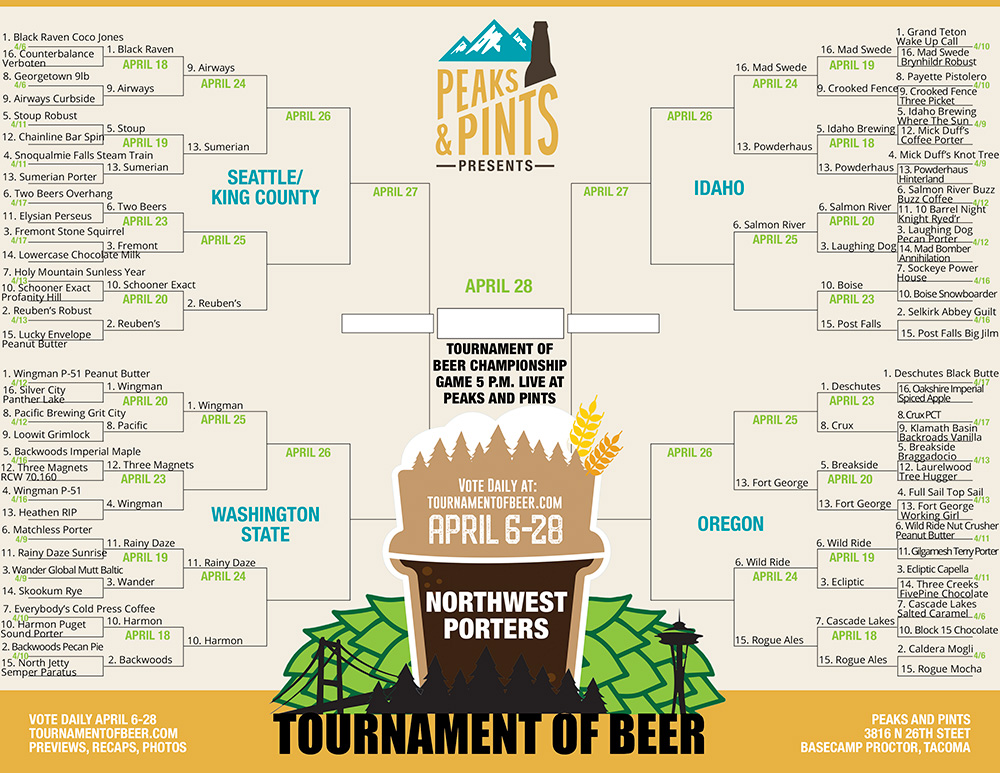