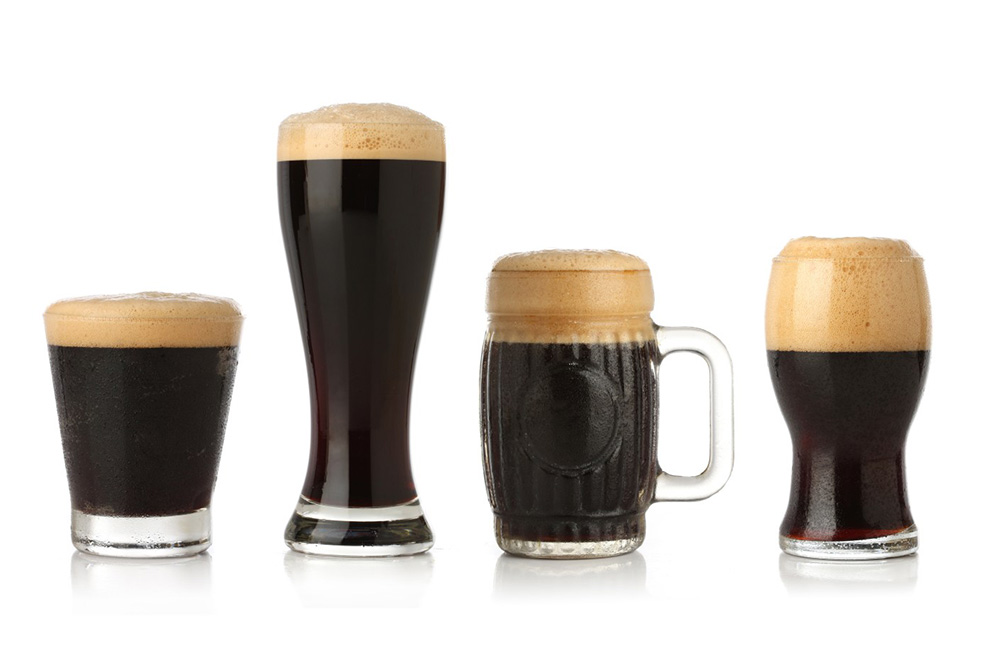 The Pacific Northwest loves porters — at least according to the thousands that have voted in our Tournament of Beer: Northwest Porters. Yesterday’s porter voting doubled the previous highest vote count for a single day. Two games were blowouts with 80 to 85 percent of the vote. Another game saw a porter capture 61 percent of the vote. The last game was decided by 6 votes.

What four potters will move onto the Fermentation Four?

The drumroll please … thanks to your votes, the Tournament of Beer: Northwest Porters has been narrowed down to these four porters. …

Wait! Let’s remember that every porter that made it into the tourney is worth a sip. Still, something’s gotta win. We started with 64 of the Pacific Northwest’s best porters. Now, these four premier porters face off for the ultimate glory — malt-to-malt battles to determine the best porter brewed in Washington state, Oregon and Idaho. Which porter has the moxie to nail down the championship? What brewery’s porter will win it all?

After mounting quite a tear through the Tournament of Beer: Northwest Porters, Reuben’s Brews’ Robust Porter’s run came to a halt when it faced number nine seed Airways Brewing’s Curbside Porter. The airlines-theme brewery grabbed $85 percent of the vote and faces Wingman’s Brewers’ P-51 Porter for a spot in the Championship Game. Wingman is red hot. Coming off its seventh anniversary, and ripping through this tournament like it owns it, P-51 Porter flew through Harmon’s Puget Sound Porter with 61 percent of the vote. Airways and Wingman have rabid fans and huge wingspans. Ladies and gentlemen, Peaks and Pints has turned off the Fasten Seat Belt sign, and you may now move around the cabin to vote.

On the other side of the bracket sits a scenario nobody could have predicted — a 15 and 16 seed showdown. Mad Swede Brewing’s Brynhildr Robust Porter met its toughest match yesterday, edging out Post Falls Brewing’s Big Jilm Imperial Coffee Porter by six votes! The Viking Porter began the tournament conquering another imperial coffee porter, number one seed Grand Teton’s Wake Up Call. Brynhildr then proceeded to pillage Idaho breweries one after another until it reached today’s Fermentation Four. Bryhildr will face the powerhouse Rogue Ales Mocha Porter, who grabbed 82 percent of the vote over Fort George’s Working Girl Porter. A shock to those who don’t understand the force of the brewery’s Rogue Nation. The Viking Porter vs. The Rogue Porter. And down the stretch they charge! 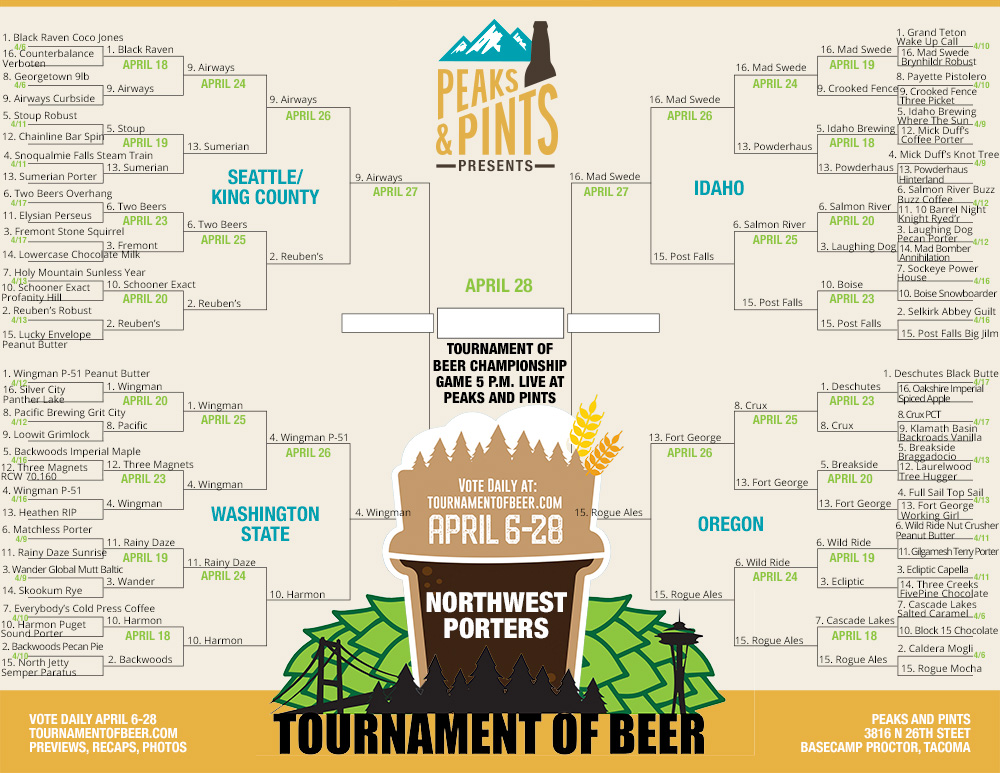