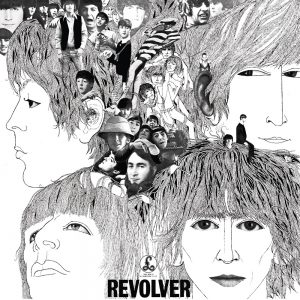 Music makes everything better. Bachman Turner Overdrive’s “Taking Care of Business” turns the mundane task of cleaning out the garage into a much more enjoyable task. Washing the car? Rose Royce’s “Car Wash” inspires you to even clean the mud flaps. Sweeping to Queen’s “Another One Bites the Dust” and you’ll be kicking back with a craft beer much quicker.

Walk into most breweries and tunes will be blasting as the wort flows through the hop back to remove trub. Yes, beer making and music are in sync and go together like Apolo Anton Ohno and Julianne Hough gracefully moving across the floor. The men and women brewing beers are true artists, utilizing ingenuity, incredible focus and a passion for perfection as music wafts through the air as thick as the smell of hot, soggy grain.

Since Peaks and Pints are music and craft beer lovers, we’d thought it would be fun to kick off Tacoma Beer Week by pairing one of our favorite albums of all time with craft beer from Tacoma breweries. Since our Tacoma Proctor District bottle shop, taproom and eatery won’t be open in time for Tacoma Beer Week, our dear friends at The Copper Door will graciously co-host our Sudspop: Beatles Revolver at 6 p.m., Monday Aug. 1 — Day One of Tacoma Beer Week. The first week of August marks the 50th anniversary of the Beatles’ Revolver album. With the talent of Tacoma brewers were going to throw the album one hell of an anniversary party at The Copper Door.

In the beginning of 1966, The Beatles took a three-month break from the screaming girls, the hairstylists — everything. The Fab Four collected themselves together in April and greatly expanded the horizons they experimented with on Rubber Soul to record Revolver. Released in early August, revolver marked the return to driving electric guitars, as well as the debut of psychedelic rock on a Beatles album, most notably with the record’s last track, “Tomorrow Never Knows.” Revolver contains three George compositions, the most of any album to that date, and the second most overall. Many critics rank this album as the best Beatles album, even the best album of all time. You’ll recognize “Taxman,” “Eleanor Rigby,” “Yellow Submarine,” Good Day Sunshine” and “Got to Get You Into My Life.” Diving deeper: “I’m Only Sleeping,” “She Said She Said,” “For No One” and “And Your Bird Can Sing” are all fantastic too. The McCartney song “Here, There, Everywhere” is possibly the most beautiful ballad the Beatles ever performed.

Peaks and Pints and The Copper Door will spin the psychedelia and studio artistry of Revolver, as well as other Beatles’ tunes, while pouring beers inspired by songs off Revolver: Harmon Brewing Company’s take on “Taxman,” Pacific Brewing & Malting Co. beer version of “Eleanor Rigby,” E-9 Brewery’s translation of “Love You To” into beer, 7 Seas Brewing’s “Yellow Submarine” beer, Odd Otter Brewing Company’s beer adaptation of “Good Day Sunshine,” Tacoma Brewing Company’s “And Your Bird Can Sing” made into beer, Narrows Brewing Company’s “Got To Get You Into My Life” into beer and Wingman Brewers’ brew rendering of “Tomorrow Never Knows.” Each original beer comes with a playful name to match the song title or lyrics. For instance, Pacific Brewing will pour Smelleanor Rigby so you know the beer will have an amazing aroma. A specific taplist will follow soon.